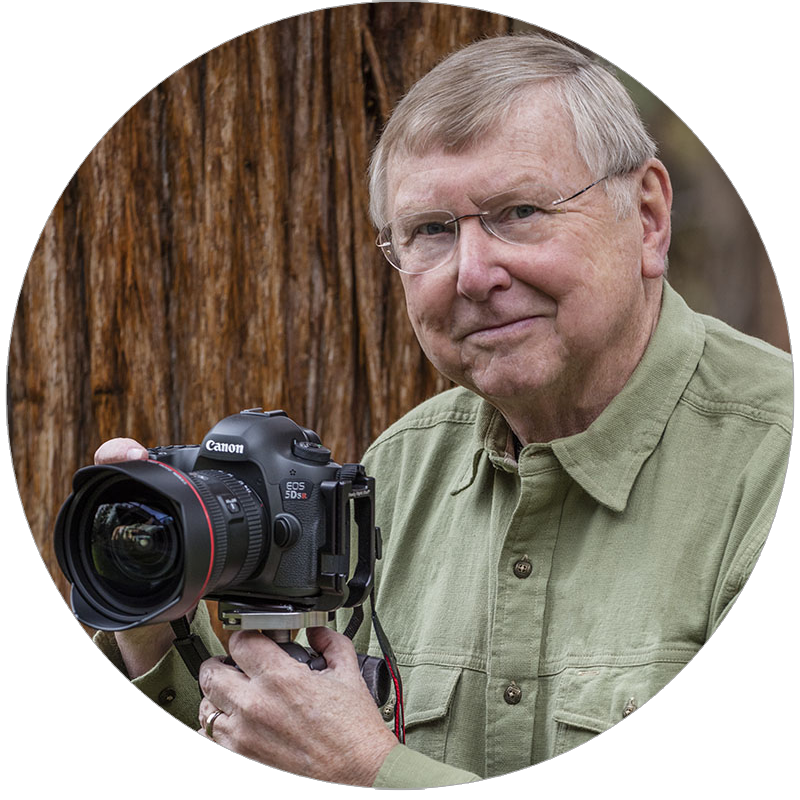 I’ve always said that photography encourages us to look closer, see more, and find the wonder in nature. That’s why I’ve spent a lot of time working with close-up and macro subjects. At high magnification, the most miniscule specimens reveal drama, whimsy, color and design, creating unique compositions from rarely seen detail and form. I’ve explored the magic in subjects as diverse as snowflakes, insects, crystals, and blossoms.

Sea Creature
The soft color of this bearded iris is emphasized by specular highlights reflected from two accessory LED light sources. Here, the beard suggests a sea creature emerging from a cave. 40 focus-bracketed images at 1X captured it all in high relief. 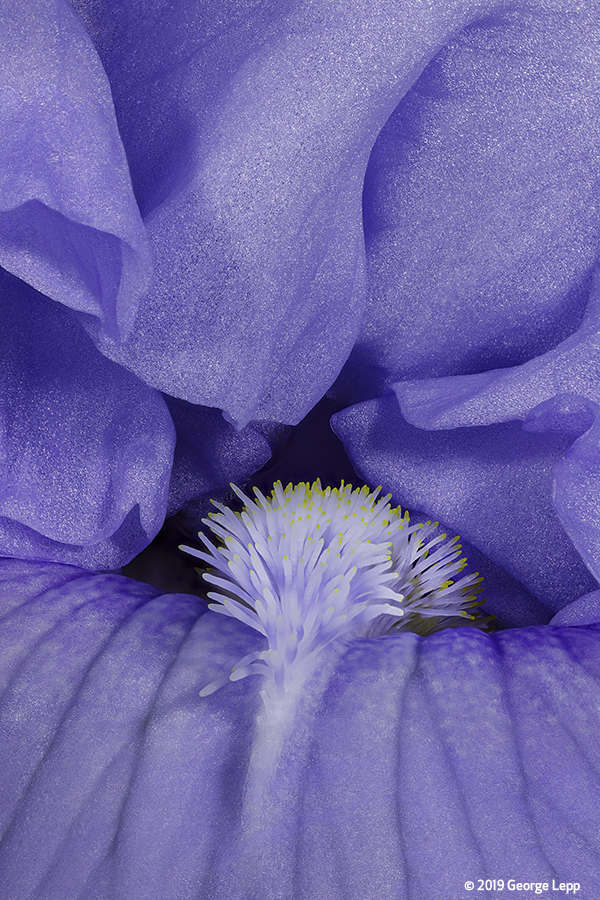 The Phoenix and the Dragon
At 1.4X, the intricate interior of the orchid reveals rich color and whimsical designs; at this magnification, 90 focus-bracketed images were needed to achieve complete depth of field. 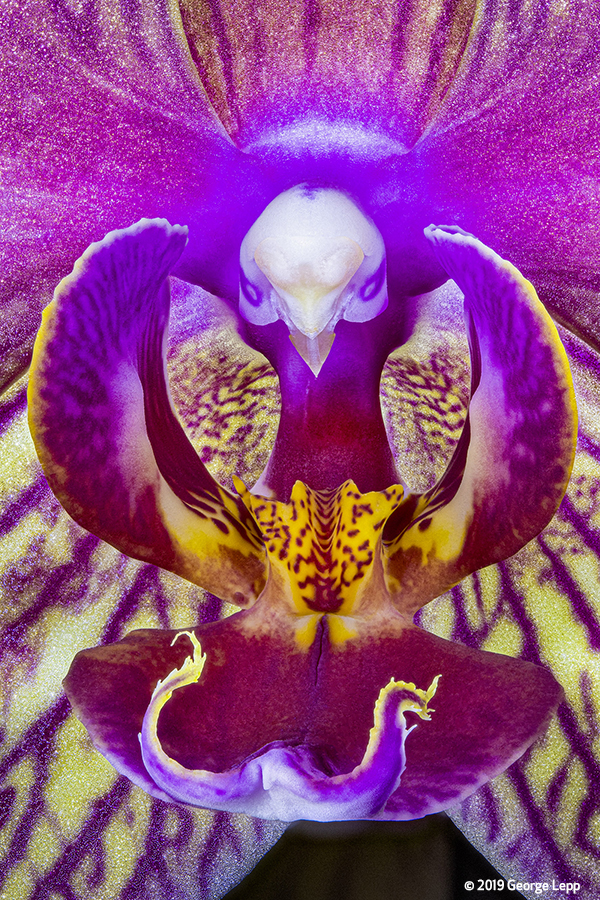 Intimacy
At 2X, 140 focus-bracketed images were needed to fully capture the complex structure of a single geranium blossom. 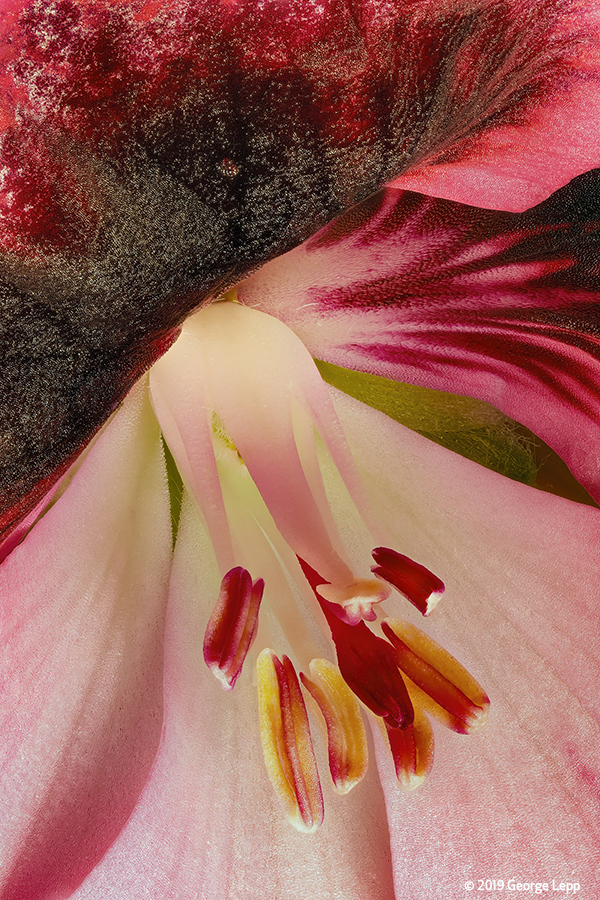 Bearded Iris
While the bright orange caterpillar-like creature emerging from this iris blossom is technically called the beard, at 1X magnification with 31 focus-bracketed captures, it seems alive and in motion. 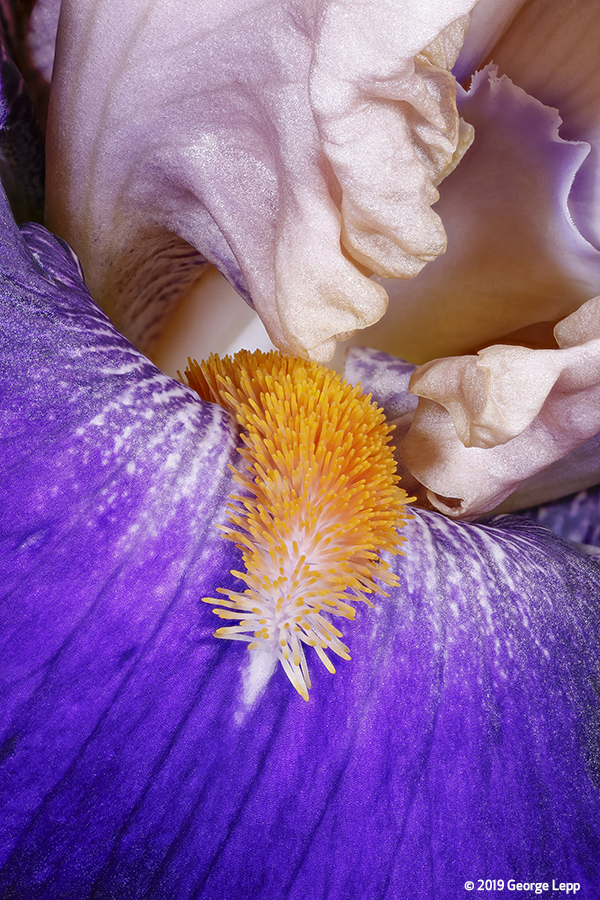 These approaches come with their own challenges, however. Revealing the complex interior of an orchid or other flower calls for precision and sharpness. But at higher magnifications, depth of field—the range of focus—is extremely shallow, about 0.4 mm at f/8 when capturing an image at 2X (two times life size), so you are not going to get the entire subject in sharp focus in one shot. If you want your composition to convey every detail in high resolution, the technique of focus stacking must be employed, with multiple captures at different focus points later composited with post-capture software into one, fully sharp rendition.

Peony
The complex structure and vivid colors of the peony’s stamens and carpels are rendered at 1X. The extraordinary depth of field was accomplished with 25 focus-bracketed images. 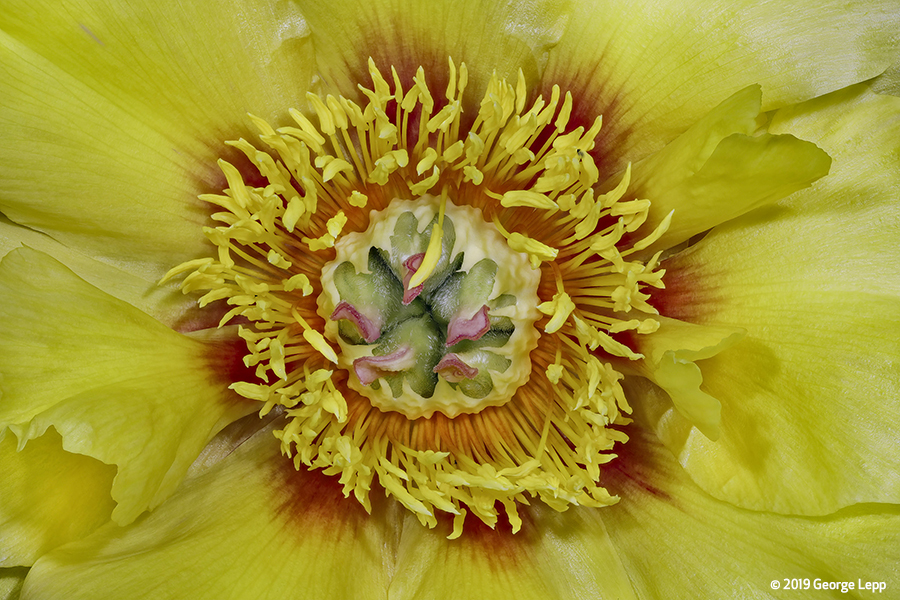 In the past I’ve used a variety of complicated setups and tools to accomplish focus stacking, but now In-Camera Focus Bracketing is incorporated into Canon’s new mirrorless full-frame EOS RP camera. Working from a tripod, the photographer chooses the starting point, the number of images and the focus increment, and the camera automatically accomplishes the captures. This achieves extended depth of field more easily and precisely, whether for landscapes or close up/macro photography. The examples shown here were captured with the Canon EOS RP and Canon macro lenses at various magnifications, with additional lighting provided by small photo LED light sources. Photo-compositing software completed the creative process.

Delphinium
At 1.4X each tiny water droplet is revealed on a single delphinium blossom, photographed with 20 focus-bracketed captures in the garden with ambient outdoor light. 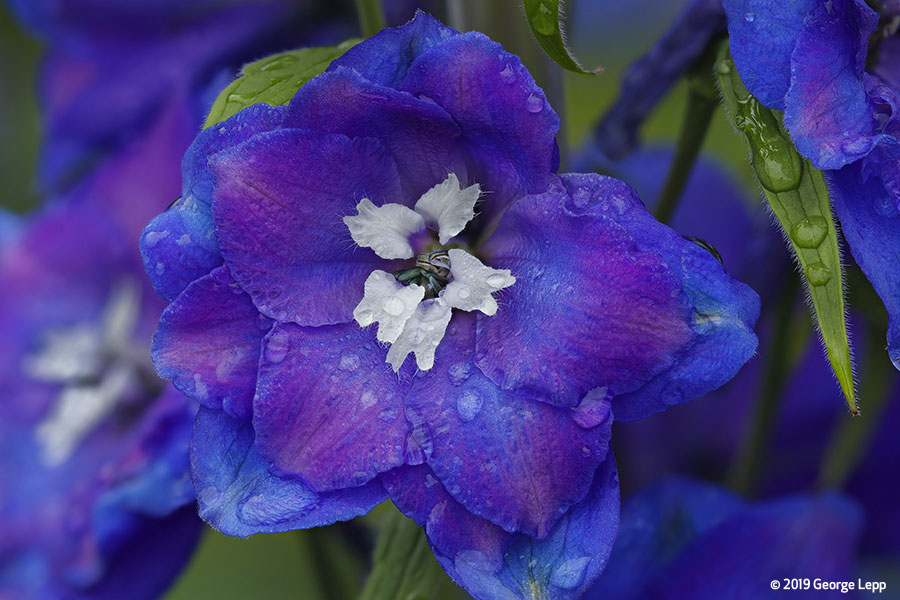 For more information on George, please visit his Explorer of Light bio page.

Read about what motivated Joel Grimes to travel across America for these amazing photos!

Learn how you can achieve professional looking photos with these amazing tips from Laura Morita!

Learn how you can achieve photo success on safaris with these amazing tips from Rick Sammon!