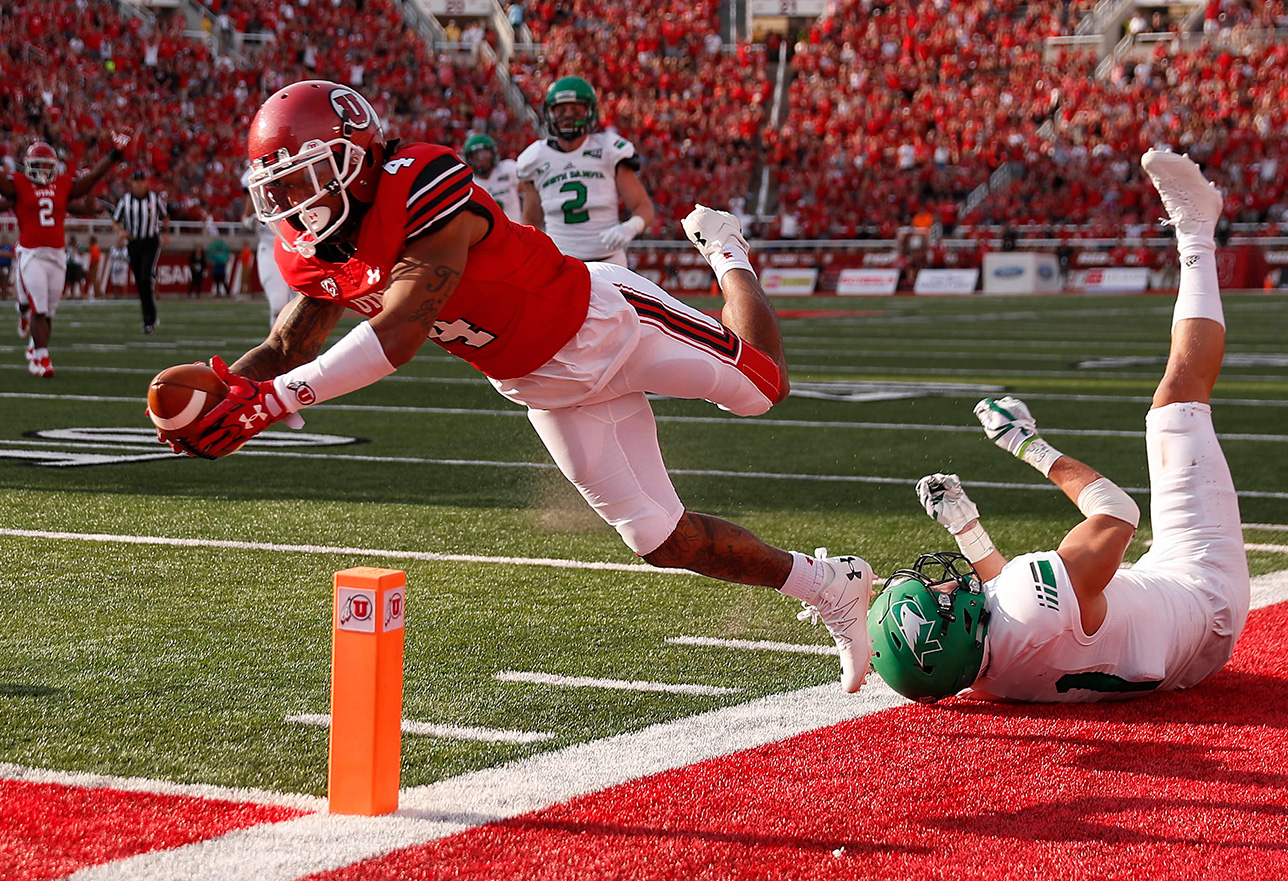 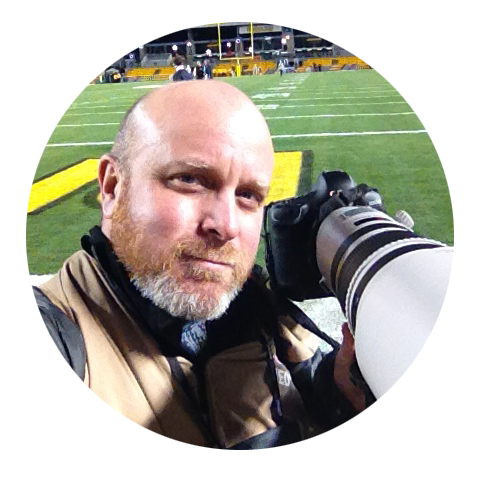 There are few places I’d rather be than sitting on an end line or kneeling on a sideline, as long as I have a camera in my hand.

Some of my favorite moments have been on the sidelines of a football field, in the dugout for a baseball game or with my toes in the sand at a beach volleyball match. But that doesn’t mean it has always been a major league game or an Olympics. Sports come in all shapes and sizes and there is speed, impact and drama at all levels. Some of my most memorable photos were from high school games, which I have shot hundreds of over my newspaper career. I started when I was just 14 years old with a Canon AE-1 Program and a 70-210mm lens, taking pictures at soccer games and of BMX riders in the woods behind my house. I realized then that I wanted to be a photojournalist and really wanted to shoot sports. I got my first job at a small newspaper and shot a ton of high school athletics. 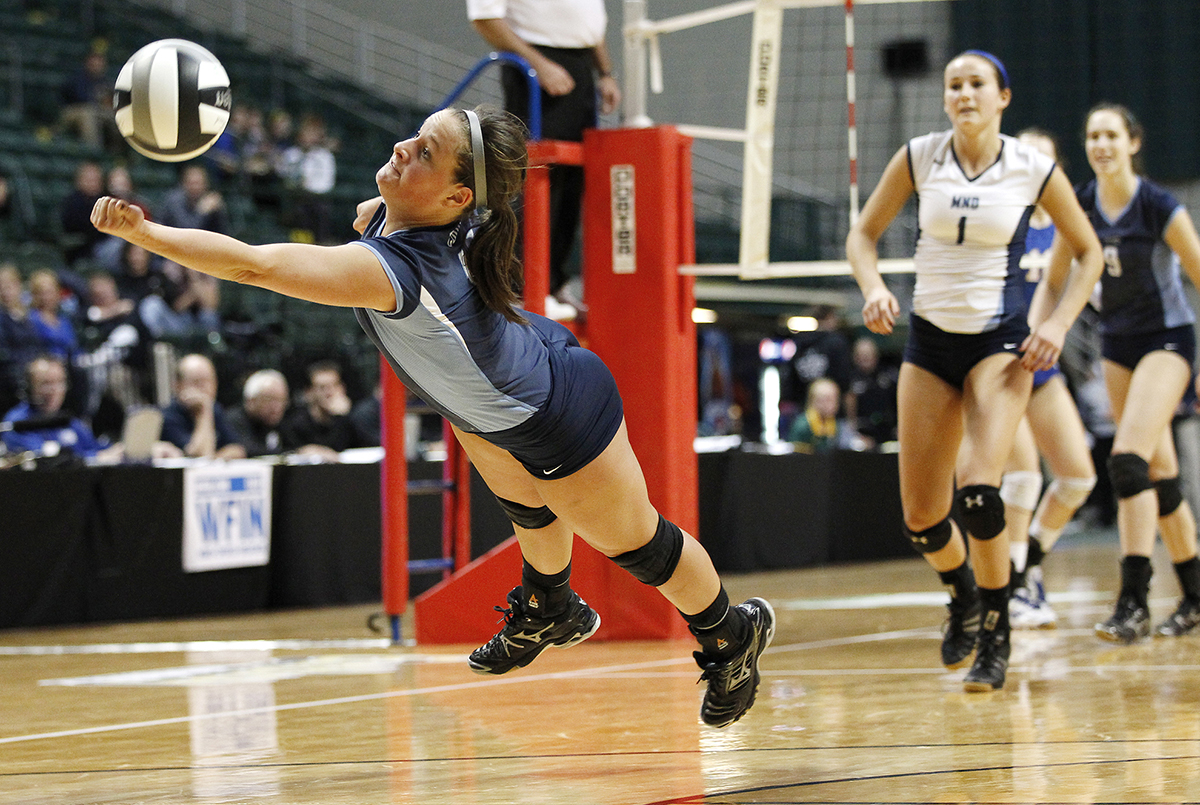 Of course it’s great to shoot professional and college sports, but special pictures can be made at all levels and I’ve taken very memorable photos at high school games. Kids put so much passion and effort into playing and truly compete for the joy of the game. Not only are high school athletics ripe with all the action and emotion of sports, but also it is easier to start photographing at your local high schools. Access is better and less complicated to obtain. You can get closer to the action with fewer sideline rules and less structure. You can shoot with shorter lenses because of the close proximity. Also, there is so much to capture: the marching band, the cheer squads and the crazy fans, as well as the action under the lights. 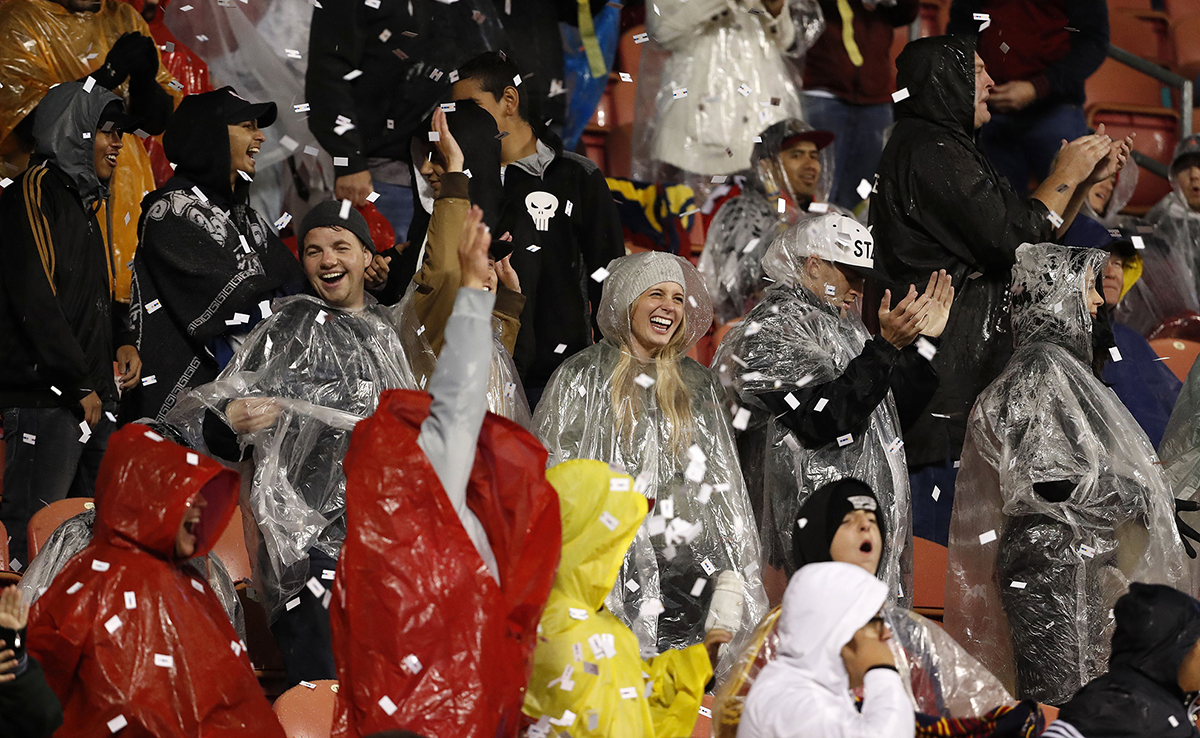 As you progress to college and professional sports, access becomes more restricted. Credentialing itself becomes stricter, and there are more limits on where you can be on the field of play, which pushes you further from the action. The sheer number of people on the sidelines becomes an obstacle to shooting the action. Every university allows boosters and former players on the sidelines, and in their quest to see the action they often aren’t considerate of photographers on the field. Then there is network television, which has complete access and has a knack for always being in front of you. TV crews include cameramen, guys rolling cables and the sound people who stand around with giant dishes to collect audio. This is another unavoidable barrier while shooting from sidelines.

An excellent sports image shows the skill, intensity and sometimes grace of an athlete. It captures emotion, strength and power with a storytelling ability. Stopping a single moment in time at 1/2000th of a second while looking through a camera and a 400mm lens is amazing to me. Sure, you can tell stories with multiple photos, but capturing it all in one is what keeps me working at my craft after all these years.

I believe in keeping images clean with little to no clutter, which is why it’s so important to keep an eye on the background. Empty bleachers and stands are distracting, so try to be in a position to avoid that. Using longer lenses from 200mm and above helps with compressing an image at a shallow depth of field and separates the subject from the background. 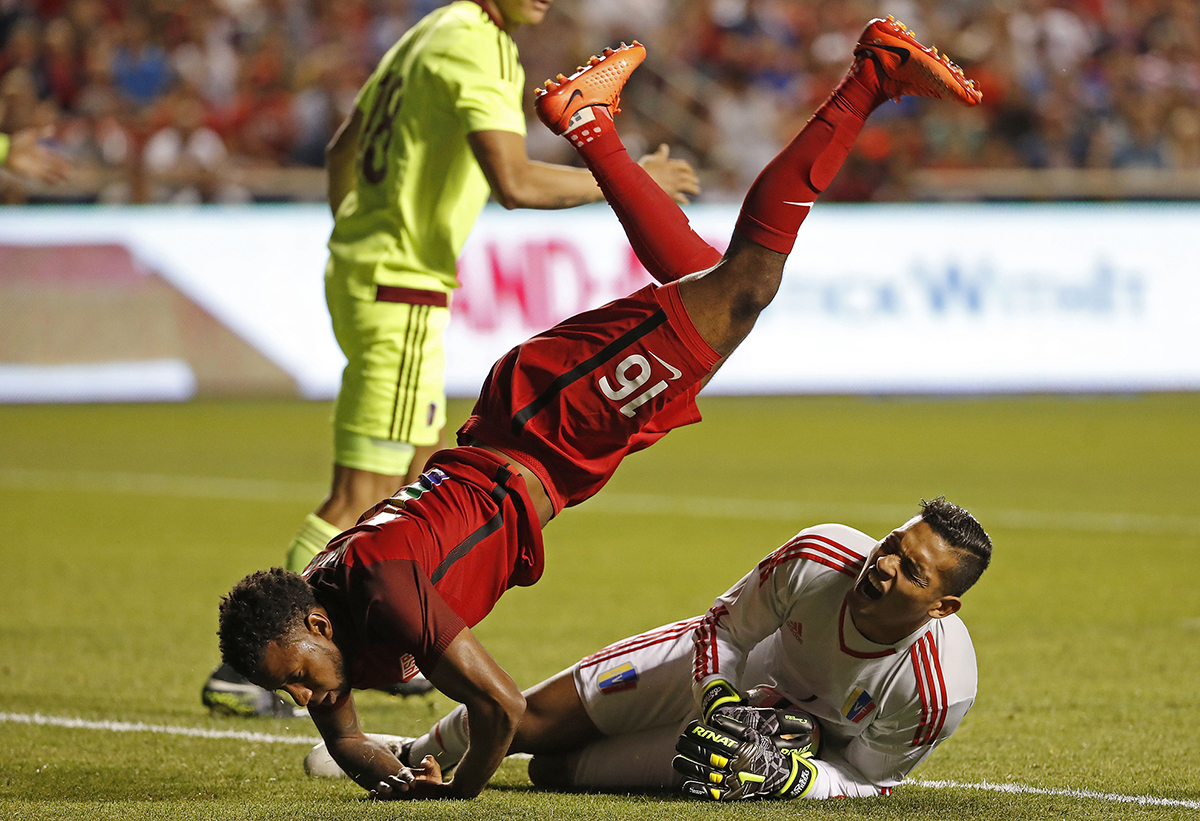 When shooting sports, using a shutter speed fast enough to stop action is very important. My general rule is to use anything faster than 1/1000th of a second. It used to be slower, but with the quality of the newer digital cameras and their sensitivity to light, I go higher now to stop action. The faster the shutter speed, the sharper your image. When considering shutter speed, we must keep in mind that aperture is also very important in sports photography, more so than just proper exposure. Fast shutter speed stops the action, while the aperture defines the depth of field in front of and behind your image. That translates to the amount of area that is in focus besides your subject. Keeping images clean and using longer lenses helps compress your image, but you also want to keep the aperture towards the wide-open end of your lens. With the lenses I use, a Canon 400mm f/2.8L or 200-400mm f/4L 1.4x, my widest aperture is f/2.8 or f/4. But the only time I go to the widest opening is when I truly need the extra light, like a game at night under the lights. We use the really fast lenses as sports photographers so we have the ability to shoot wide open, to have a corresponding fast shutter speed. For example, if I shoot a night game I have to at least shoot at 1/1000th to stop action, and will likely shoot at the lens’ widest opening — again, usually f/2.8 or f/4.

But I don’t always want to shoot wide open. It’s nice to have really shallow depth of field, but in many situations while shooting sports you have a main player and then a second or third player in the frame in front or behind that lend themselves to the image. I like to keep a little depth of field in my images so I have a bit more in my frame in focus. So in daylight I will likely shoot at f/4.5 to f/5.6, getting that little extra sharpness, but not so much that the background is sharp too. I want that background completely blurred so my focal point is always on my subject with no distraction. If I were to shoot at f/8, the background starts to come into play and I definitely don’t want that. This is what I mean by keeping it clean. Long lens equals compression, fast shutter speed equals stopping the action. Shallow depth of field adds to the compression and keeps focus for the viewer on your subject and not the background. The shallow distinction between subject and background is what can separate an okay sports image from an excellent sports image.

Ten years ago it was risky to shoot at 6400 ISO, but Canon makes so many great cameras now with the ability to shoot at much higher ISOs that it’s no big deal anymore. This enables photographers, especially aspiring professionals or serious enthusiasts, to use less expensive yet excellent-performing zoom lenses that don’t open up as wide. This is a huge advancement in technology in image sensors to shoot in high ISO and with low noise. We can photograph sports with lenses that have maximum aperture of f/5.6 and still use a fast enough shutter speed to stop action. 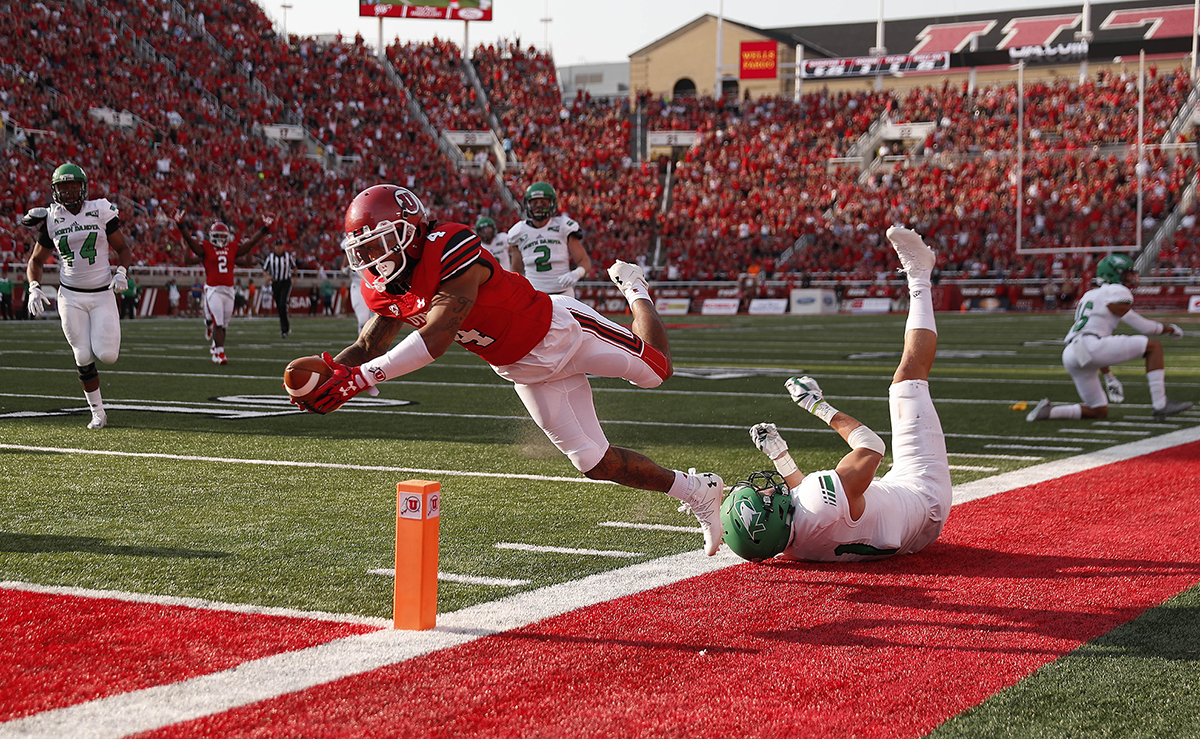 I always have a second camera around my neck with a wide-angle lens for that action or reaction that happens too close for a long lens. I use a wide-angle zoom for those moments, giving you a totally different perspective and an in-your-face view.

Preparing to make an excellent sports photo starts with doing a little homework on the sport you are shooting. Learn some basic of the rules of the game: if there are halves, quarters or periods, and how long each is. I like to know if there are any rivalries or any internal storylines such as family members who are teammates or on opposing teams. Weather plays a huge part in outdoor sports, especially for games that continue in all conditions. Preparation is important for foul-weather conditions. Rain gear for you and your cameras is a must. I always like when I’m getting ready for a rainy or snowy game, and other photographers start complaining about the weather. It might sound crazy but as nice as it is to shoot a game in perfect conditions, I love a rainy game because it adds a different element to the image. It’s a totally different dynamic with water flying off players or the grass when they slide. It also helps even the playing field for a team that might not be as good, which can lead to the underdog winning and some great reactions on the field and more exciting photos. 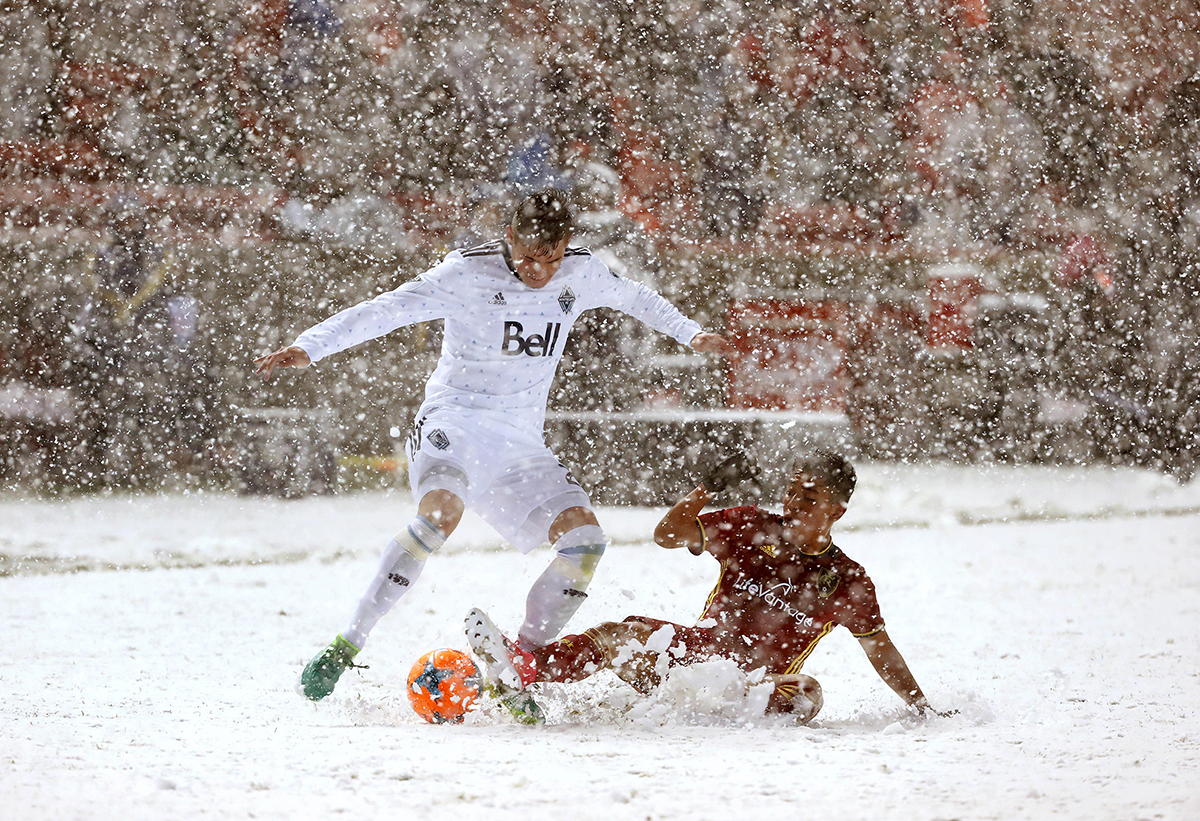 However, not all photos are on the field. Many storytelling images are on the sidelines with coaches and player reactions, or in the stands as fans cheer and celebrate or even cry after a devastating loss. 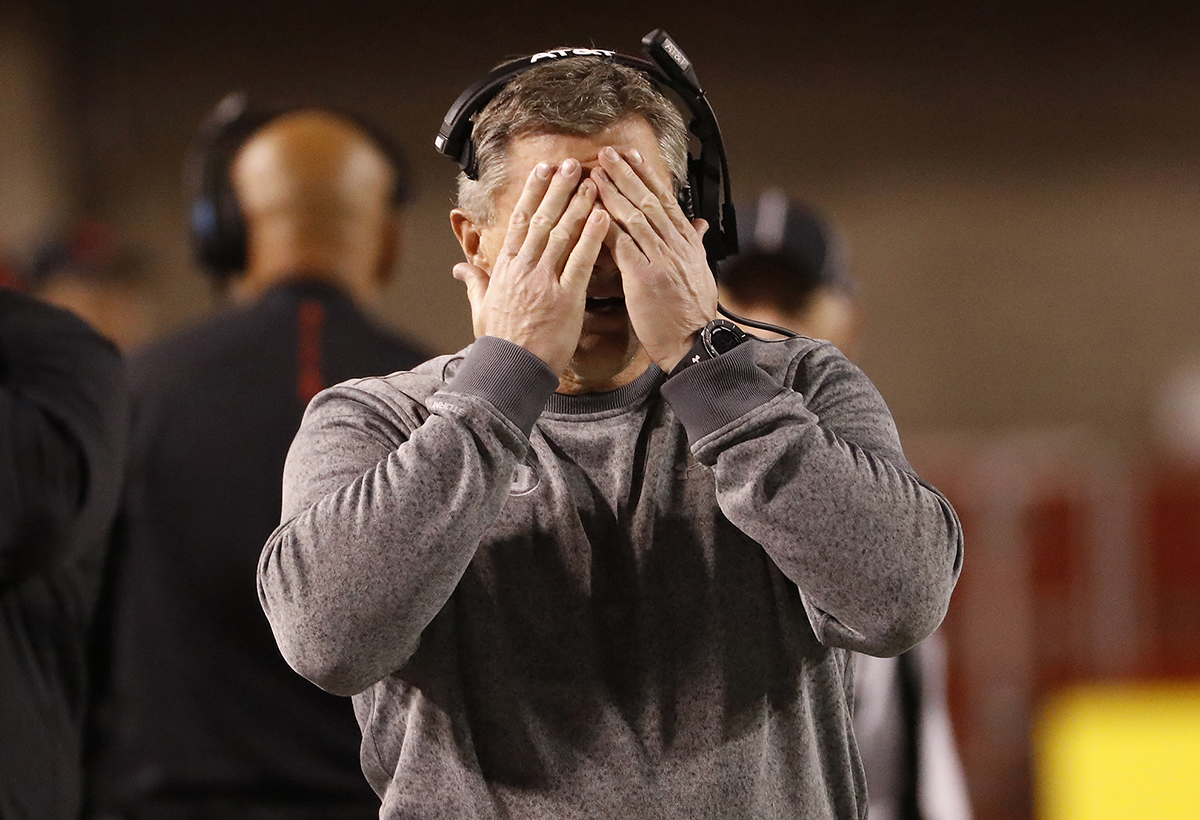 As a close friend and fellow sports photographer told me, “It’s not about getting a good picture, it’s about getting the right picture.” Today’s digital SLR cameras and lenses are so good that even an inexperienced person can often take a decent picture of a football player running with the ball, but to get the picture of the winning play and the reaction that follows is what really tells the story. Telling a story with one image is generally my goal. It rarely happens with an action photo. As much as we want to make a great action photo, many times it’s the reaction that tells the story, so remember to never take your eye away from your viewfinder after the action ends. The celebration after a game-winning goal or the dejection after the game-losing goal can both be equally important storytellers. I have several favorite action shots from other photographers that stick out in my mind over the years, and we all have seen historically memorable sports photos of athletes in that “thrill of victory” moment. 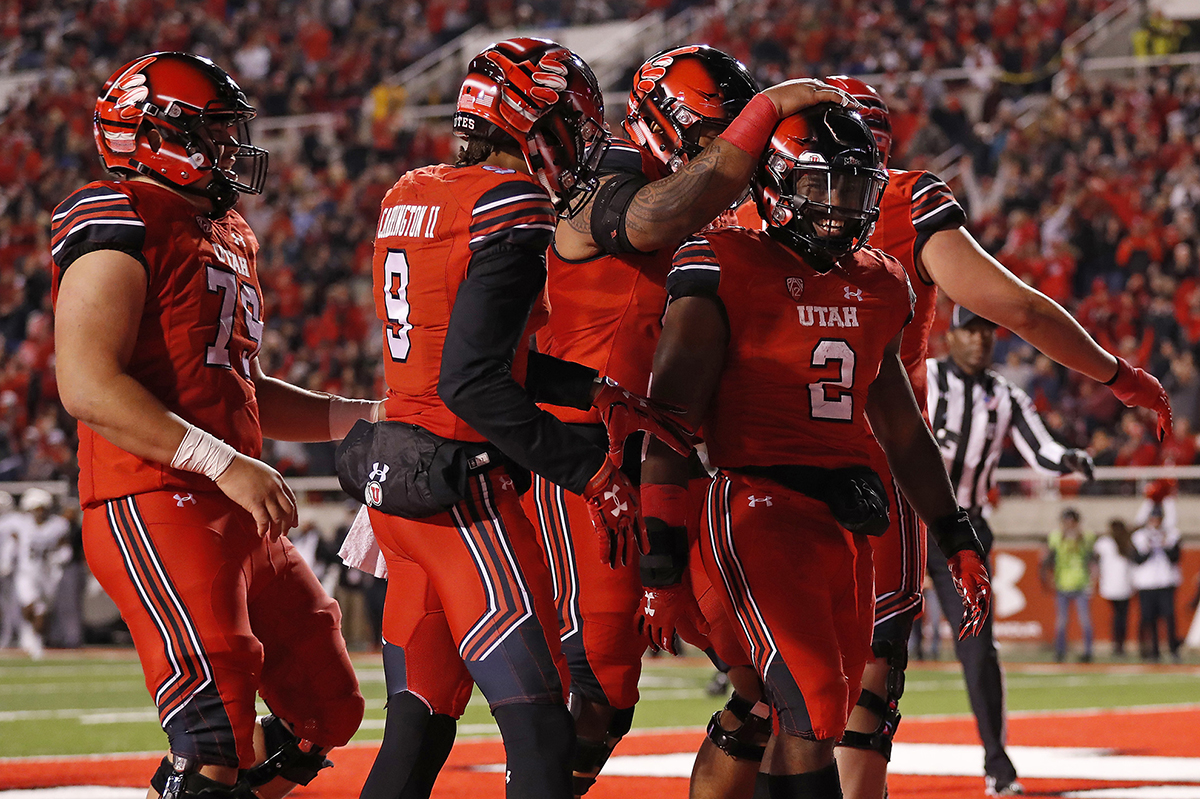 I’m not a big fan of shooting front-lit subjects, with the sun behind me. In most stadiums, the light will hit the bleachers on the other side of the field and tends to glow very bright. This can be super distracting. I usually try to shoot into the sun for backlight, which puts the stands in the shadows and gives you a very dramatic rim light and separation between subject and background. It can sometimes be difficult to shoot into the sun, but the reward is worth it.

In my experience, most sports look best when shot from a low angle from the sidelines or end lines. It makes for a really nice angle looking slightly up at your subject. For football it gives you a little more view into players’ helmets and gives your audience a view they don’t see from their seats or the sidelines. This means you’re kneeling or sitting on the ground to get that low angle. I preach safety first, so you have to be careful because it’s hard to move quickly from a low position. On busy sidelines such as college football, I always make sure I have an escape route in case of a charging player. I keep an eye on what’s happening behind me so as not to get trapped by people at my back. Despite my awareness and precautions, I still have gotten run over at football games and hit by soccer balls and baseballs. Always be aware of what’s happening on and off on the sidelines of any game. We are privileged to have the best seat in the house, but it does not come without its risks. 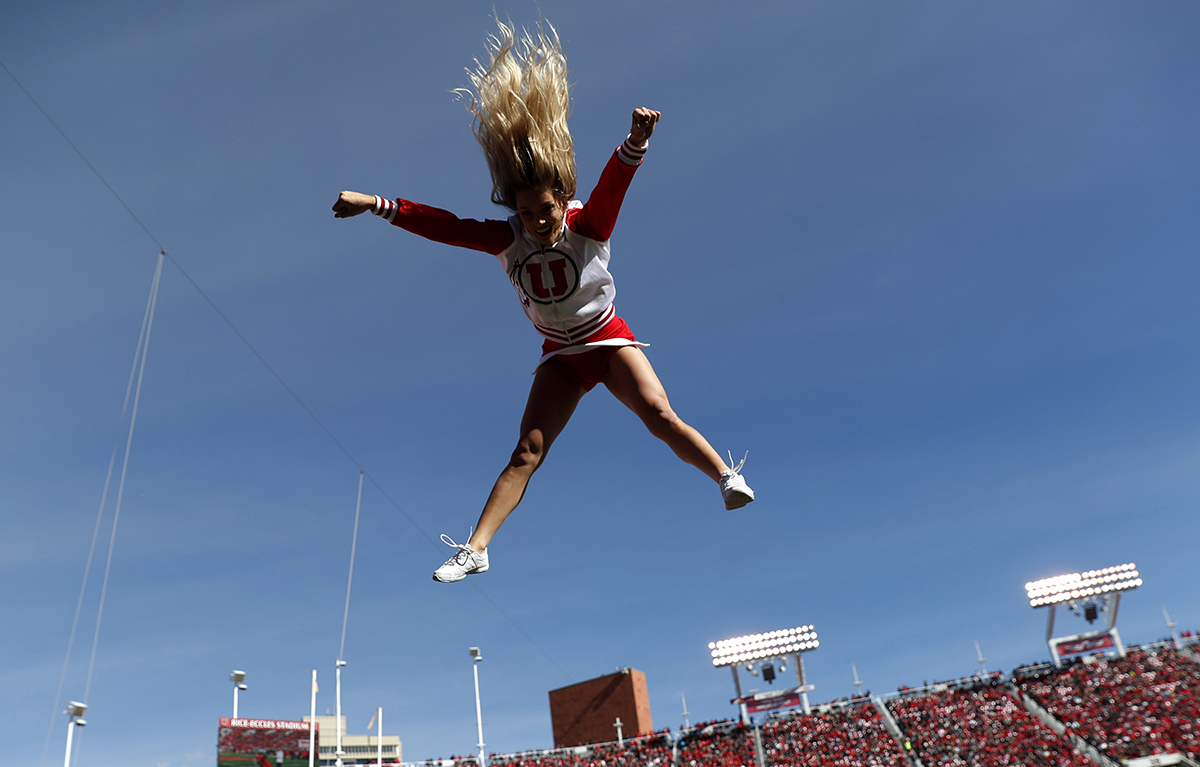 
All Canon contributors are compensated and actual users of Canon products promoted.