Bringing full-frame imagery to event photography — whether you’re a serious photo enthusiast, a budding professional, or even a full-fledged pro wedding shooter — is a great way to raise the quality of your images.  And while the original EOS 6D certainly acquitted itself well in terms of its picture quality, the new focus and performance features in the new EOS 6D Mark II make it a very appealing step-up for these fast-paced situations. We’ll look at the Mark II’s new-found features, and see how they might apply to users who shoot events regularly.

Event photography often demands being light on your feet.  In almost every instance, light weight is an advantage to serious shooters, and the EOS 6D Mark II gives you Canon’s lightest and smallest full-frame DSLR.  In fact, it’s about 15% lighter than Canon’s top APS-C sensor camera, the EOS 7D Mark II.  True, it’s slightly bigger than the original EOS 6D, but one reason is the new articulated, Vari-angle LCD monitor (the 6D Mark II is Canon’s first full-frame camera ever to have an articulated LCD monitor!).  If you’re a user who values both image quality and a reduction in what you’re carrying at an event, the EOS 6D Mark II deserves consideration on that basis alone.

If you’ve been a user of APS-C sensor cameras up to now (Canon or another brand), the step-up to full-frame has the potential to raise not just the quality of your images, but to open up more imaging potential for some types of shooting.  A few reasons:

The bottom line is that there’s viable payback to stepping up to a full-frame DSLR for wedding and event work.  The image quality benefits are tangible; things like large prints become even more attainable; a new dimension in low-light work at high ISOs opens up; and you have a multitude of lens options.  EOS 6D Mark II delivers this, at far less cost than some other full-frame options.

Beyond simply having a full-frame sensor, the EOS 6D Mark II has other features of interest to quality-conscious users:

Sooner or later, the event shooter working on-location will encounter an artificial light source like older fluorescent lights, mercury-vapor, or other lighting that creates a big problem for still images at faster shutter speeds — the lights may flicker on and off, and result in serious changes in exposure and white balance, from shot to shot.  The EOS 6D Mark II now has Flicker Detection technology built-in, thanks to its RGB metering sensor.  When it’s active, the camera will not only alert you with an icon in the viewfinder, but will subtly change shutter timing so that exposures occur during the instant of peak brightness, as lights cycle on and off.  EOS 6D Mark II isn’t the first Canon EOS camera with this feature, but it’s yet another nice addition for shooters who photograph events on-location, and are considering the move to full-frame. 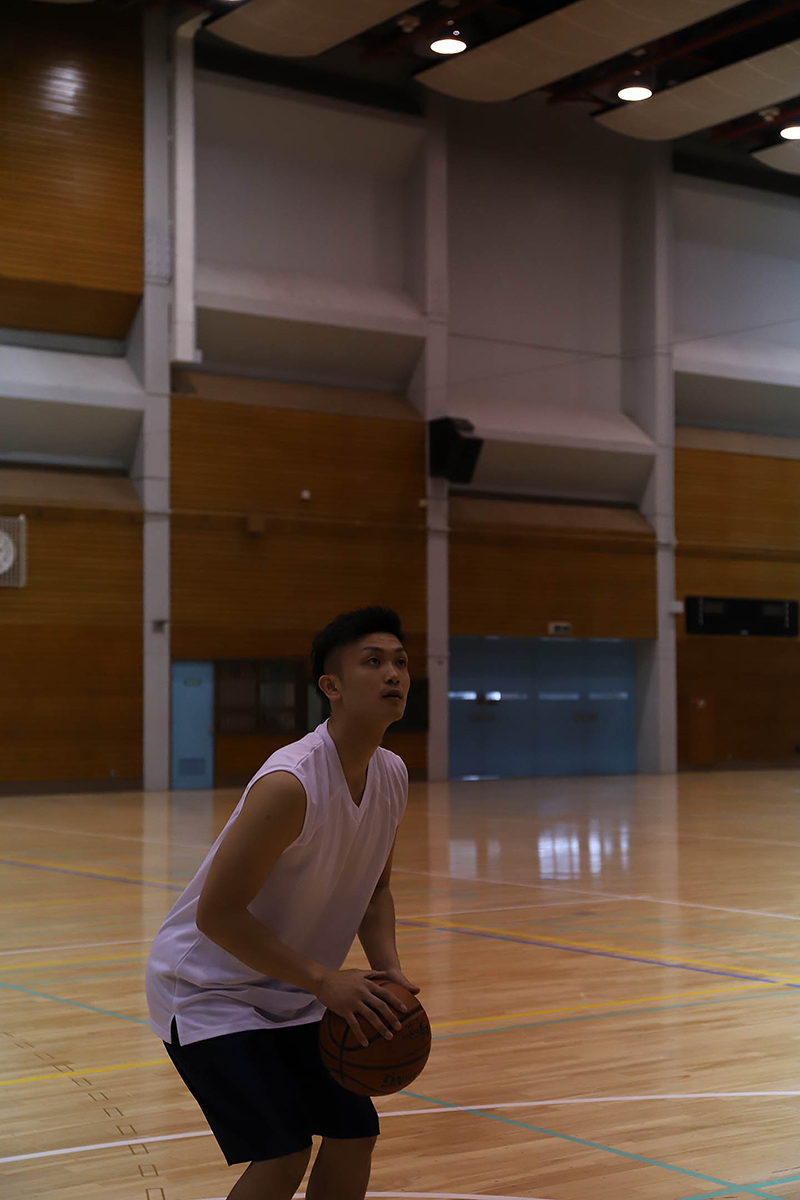 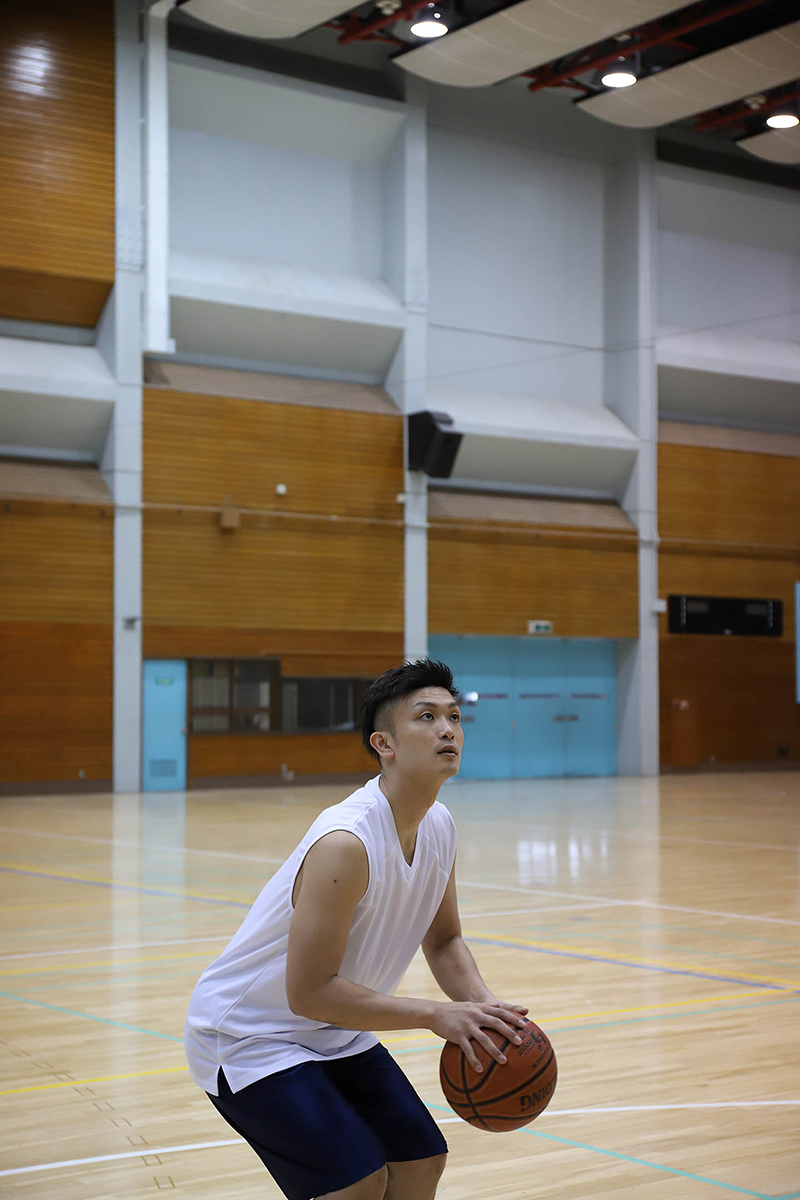 You may have encountered this before — in artificial light, you shoot a series of pictures, and suddenly one like the first one here appears. What happened? Why is it so dark, and the color “off?” Why the unevenness of exposure? It’s all from using a fairly fast shutter speed, and the lights pulsing on and off. With Canon’s Flicker Detection, shutter timing is changed, to that it’s opened at the precise moment that artificial lights are at their peak brightness during a pulse cycle. The result? A lot more images like the second one.

The 45-point AF system in the EOS 6D Mark II is a big step forward from the far simpler, 11-point system used in the original EOS 6D camera.  In one step, Canon has delivered to the working wedding and event photographer a far more robust AF system, which will meet the challenges of on-location shooting.

There are tools in the eye-level, optical viewfinder that can help you get better pictures in challenging situations.

More and more serious enthusiasts and professionals are discovering the potential of Auto ISO, especially in fast-paced shooting where light may change significantly and suddenly.  The Auto ISO in the EOS 6D Mark II is well-suited for fast, available-light shooting.

This won’t always be a factor in wedding and event shooting, but it’s useful to know that shooting speed has been boosted noticeably in the EOS 6D Mark II, compared to the original EOS 6D model.  Its maximum speed for stills of 6.5fps is sufficiently fast to shoot sports and action images when needed, as well as capture bursts like a bouquet toss at a wedding.

Event shooters usually regard Live View — shooting still images, and using the LCD monitor as your viewfinder — as a secondary way to work at weddings and events.  But even if pulled out of your pocket, so to speak, for quick high- or low-angle shots, it’s a really useful asset.  If and when situations call for you to shoot using a tripod, such as taking a series of large group photos, Live View really becomes a useful way of working, compared to trying to squint through a viewfinder.  EOS 6D Mark II amplifies the Live View experience in several important ways:

There’s no denying it — even if you’re a totally committed still-image professional shooting events or weddings, adding video to your offerings enhances your value — and money-making potential — to your customers.  And stepping up to a full-frame camera like the EOS 6D Mark II doesn’t mean that HD video is now an afterthought.  This camera continues to shine, when you move its rear switch from still images to the video position:

This has great potential for wedding and event shooters, especially in terms of being able to select images, transfer copies to your phone or tablet, and send them to pre-selected websites or even e-mail them — and you can do it while an event is still going on!

The Wi-Fi in the EOS 6D Mark II is easier than ever to connect to compatible smartphones or tablets, partly because it now adds Bluetooth, low-power connectivity.  With it, the camera can maintain constant connection to your device, and any time you want, quickly re-connect to it.

The built-in Wi-Fi primarily lets users connect to compatible phones or tablets, once Canon’s free Camera Connect app has been installed in the mobile device.  Then, you can view images on the camera’s memory card using your device; you can select and send any you want to the device; and you can even remote-control the camera, using the device’s screen as a viewfinder — and, you can do this from up to 50 feet (15m) away!

Keep in mind that for serious projects in the studio, another Wi-Fi option with the EOS 6D Mark II is to combine it with Canon’s EOS Utility software, and in effect have “wireless tethered operation” with a compatible Mac® or Windows® computer.

If and when the need arises for a client at an event to geo-tag their images with location information, you can do this with the EOS 6D Mark II’s built-in GPS capability.  No accessory device is needed; you simply activate GPS in the yellow Set-up Menu.  There’s also a separate Logging function, to record the camera’s position at intervals you define in the menu.  You can then trace your movements as a path, using either Canon’s free Map Utility software (part of the downloadable software package that is standard with the camera), or with compatible third-party software programs.

One other cool GPS feature — if you have more than one Canon camera with GPS capability (another EOS 6D Mark II, or a different EOS model), you can sync the time on both, using the GPS in each, so that their camera-generated times will match, within one second of each other, using UTC from GPS positioning satellites.  Wedding shooters who work with multiple cameras will find this a great assist in setting up before an event, even if actual GPS positioning data isn’t a requirement on-location.

The combination of full-frame sensor and its inherent image quality, the low-light suitability and high ISO performance, excellent autofocus answers for challenging situations, and numerous other features make the EOS 6D Mark II a great option as a serious, multi-media creation tool for wedding and event shooters.

It’s the lightest, smallest and most affordable of Canon’s full-frame EOS cameras, and it’s a fantastic step-up for those either entering the world of professional event photography, or for experienced pros who may simply want to step up their equipment, without a massive cost.  Either way, the EOS 6D Mark II is well-suited for many types of challenging work, and we hope this article has shed some light on how it may benefit you and the work you both do now, and aspire to do in the future.