New levels of shooting performance — speeds to 14 fps, with AI Servo AF — along with 360,000 pixel RGB metering, multiple on-board processors, and so on mean that the EOS-1D X Mark II needs an even more powerful battery than in previous generation EOS-1D cameras. To meet these demands, the EOS-1D X Mark II is launched along with a higher-energy battery, the Canon LP-E19 battery pack. 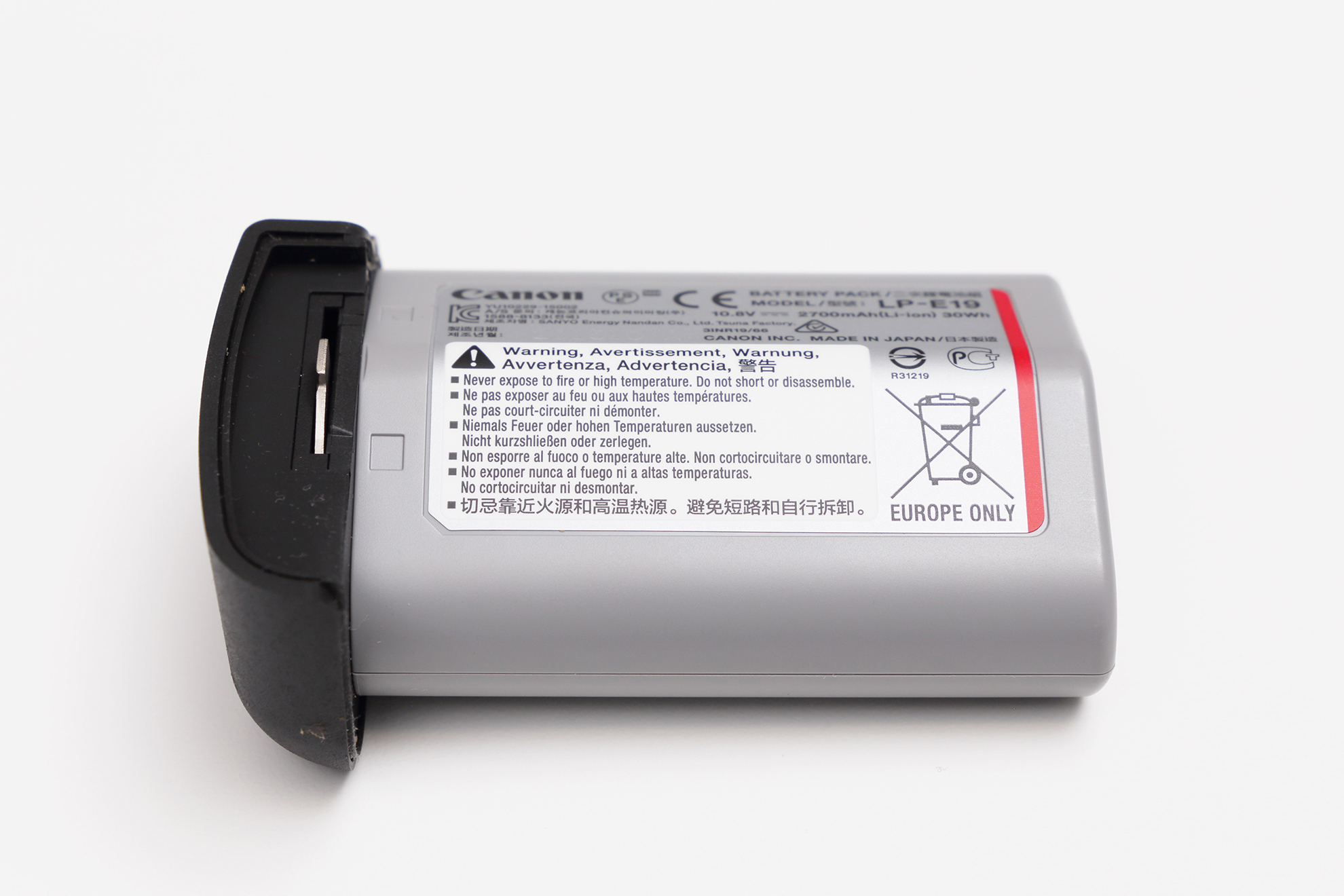 At 2700 mAh, this battery has about 10% higher capacity than its predecessor, the LP-E4N battery pack. It’s readily identified by its light gray color and a red stripe on its upper surface. There’s a new battery charger as well, called the Canon LC-E19, which is designed to meet the added needs of the LP-E19 battery pack. Like the battery, the LC-E19 charger has a distinctive red stripe on its top surface, so it can be easily distinguished from earlier charger versions. 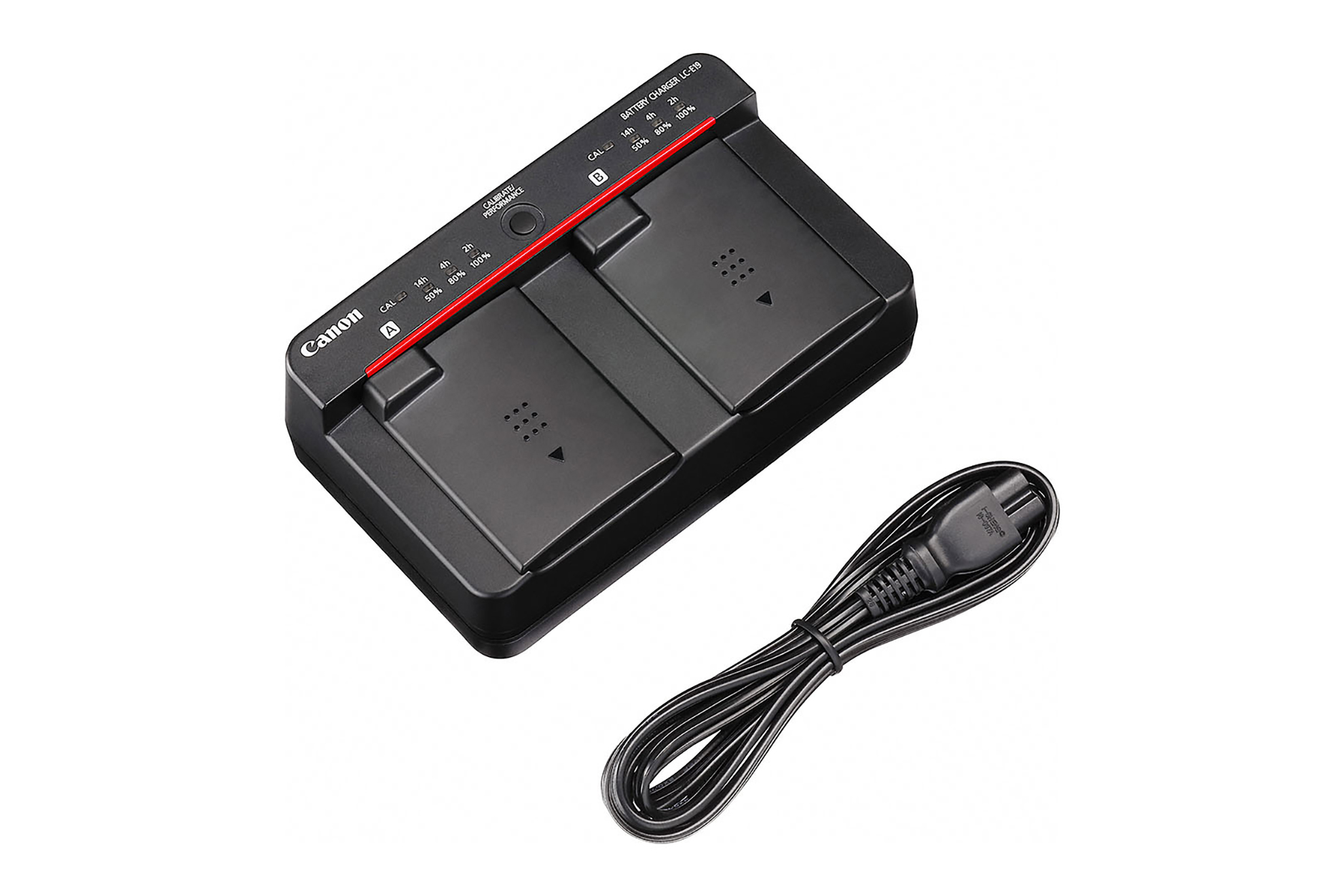 Along with the new battery pack is a new LC-E19 charger — easy to identify, like the battery, by the red stripe on its top surface. Note that this charger MUST be used to fully charge the new LP-E19 battery pack.

The new LP-E19 battery pack is the same size and shape, along with the same electrical contacts, as previous EOS-1D-series batteries. So if you use battery packs for the EOS-1D Mark III or Mark IV, EOS-1Ds Mark III, or the EOS-1D X, you’re in luck: There’s extensive back-and-forth battery and even charging compatibility. Here’s what’s possible: 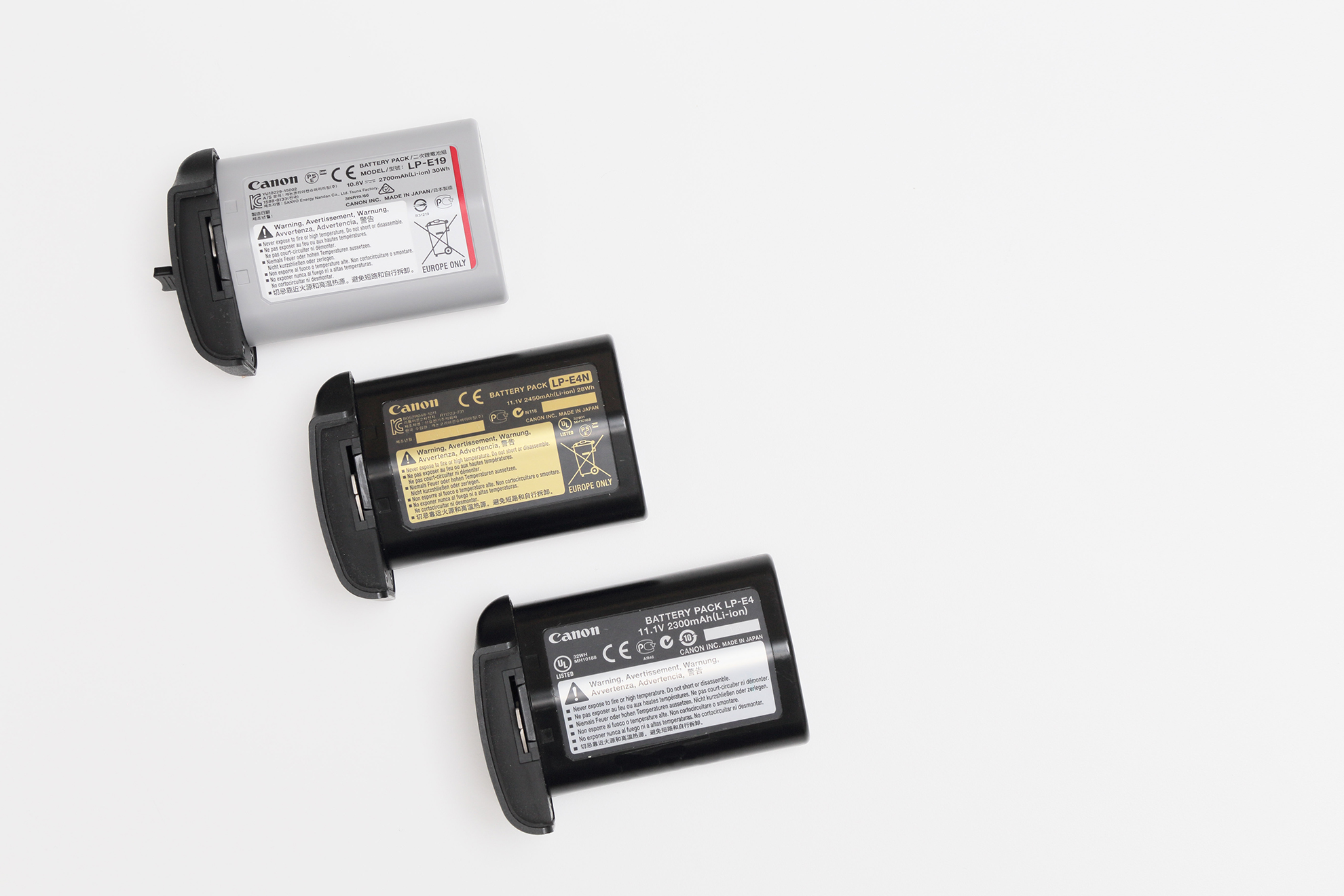 Even though there’s a new Battery Pack for the EOS-1D X Mark II, near-total backward and forward compatibility with older batteries (and older versions of the EOS-1D/EOS-1Ds cameras) is provided, making the move to an EOS-1D X Mark II even easier for many potential photographers and photo organizations.

So the bottom line is that there are only two caveats to mixing old batteries with the new LP-E19 battery packs:  the new battery pack requires the new charger to fully charge it; if you do use an older battery pack in the EOS-1D X Mark II, there’s a slight drop in maximum shooting speed to about 12 frames per second (from its normal 14 fps maximum speed).

If you own multiple battery packs from previous versions of the EOS-1D or EOS-1Ds, or you belong to an organization that does, it’s a comforting fact to know you can continue to use them if you step up to the Canon EOS-1D X Mark II. And, the new battery (and charger) will be useable with equipment you have already invested in.