Sledding child in the snow

My son and his friends went sledding after a snowstorm the other day here in New Jersey and I wanted to get some cool shots of them catching some air on a local hill. This is the result.

With some practice you can expect to get nice results but you truly don’t know what you have until you take some time to review your images and find a winner. In order to get a terrific shot you need to stack the odds in your favor by setting your camera up to give you the best possible result.

First you need to ask yourself some questions about the conditions you’ll be photographing in.

1. Do I want to freeze the action?

If the answer is yes, you’ll need a fast shutter speed - something preferably over 1/500 sec. is optimum. The faster the subject is moving, the higher the shutter speed needs to be to freeze the action. If you’re looking for slightly blurred movement in the image, choose a slightly slower shutter speed and this will take some experimentation. If you’re looking for a lot of blur, slow the shutter down and pan with your subject as they move, keeping the camera focused on your subject. A good place to start with this technique is setting your shutter speed to 1/15 sec. and then adjust it slower or faster depending on how much blur you'd like. Here’s an example of this technique I call slow panning. It’s not a sledding picture but the concept still applies. 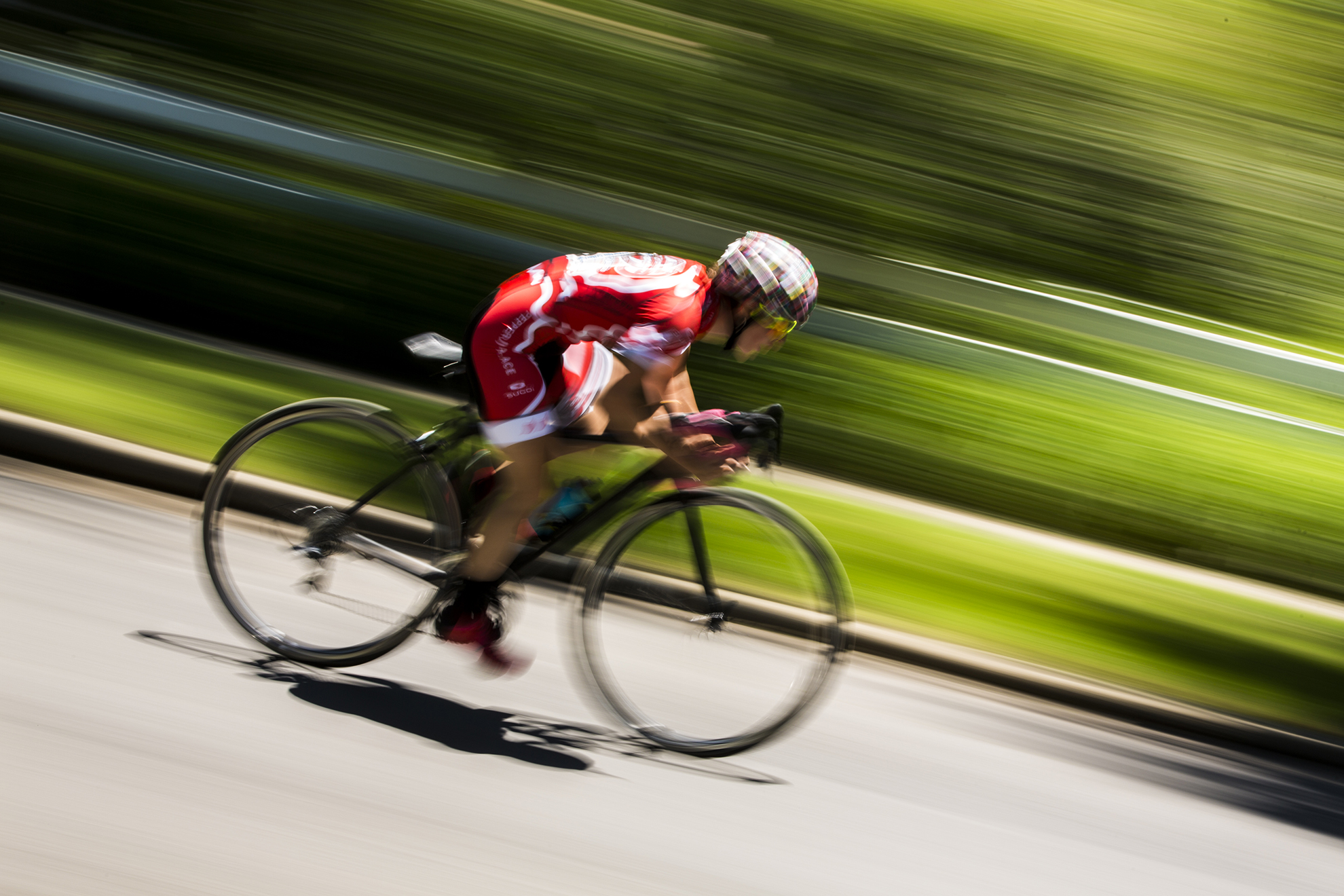 2. What aperture should I use?

Aperture choice may depend on the lighting conditions. For example, the photo of the boy on the sled was taken on a cloudy day and in order to maintain a fast shutter speed and freeze the action, I needed to choose a lens aperture that would allow maximum light entering the camera. An aperture of f/5.6 was selected for this reason (it was the widest aperture available on this lens given the focal length used). The only other control I can change to achieve a faster shutter speed would be to raise the ISO (the camera’s sensitivity to light) My ISO was sitting at 1000 for this shot. My shutter speed was at 1/1000 sec., which was how I captured the snow particles frozen in mid-air.
Here’s a look at the shooting information.

3. What focusing mode should I use to follow the action?

To focus on a moving subject, you absolutely want your camera’s focusing mode set to AI Servo (AI stands for Artificial Intelligence) so the focusing system can track where the subject moves. Unlike “One Shot” mode, where the camera will lock focus on your subject at one distance, AI Servo changes its focus distance constantly as the subject moves. There’s always a reason to use One Shot mode vs. AI Servo in certain cases, but AI Servo is the norm for most action photography.

Worth noting, it’s usually a good idea to pan with your subject, meaning follow your subject while maintaining focus on them as they move. In addition to that, if your lens had Image Stabilization with a Mode 1 and Mode 2 switch on the lens, move the switch to Mode 2, which is specifically designed for stabilization while panning.

It’s also important to pay attention to what focusing point or group of points you have active while photographing your subject. If you have only one point active, you must be certain that the active point stays on the subject, otherwise the camera may hunt for objects in the background to focus on. 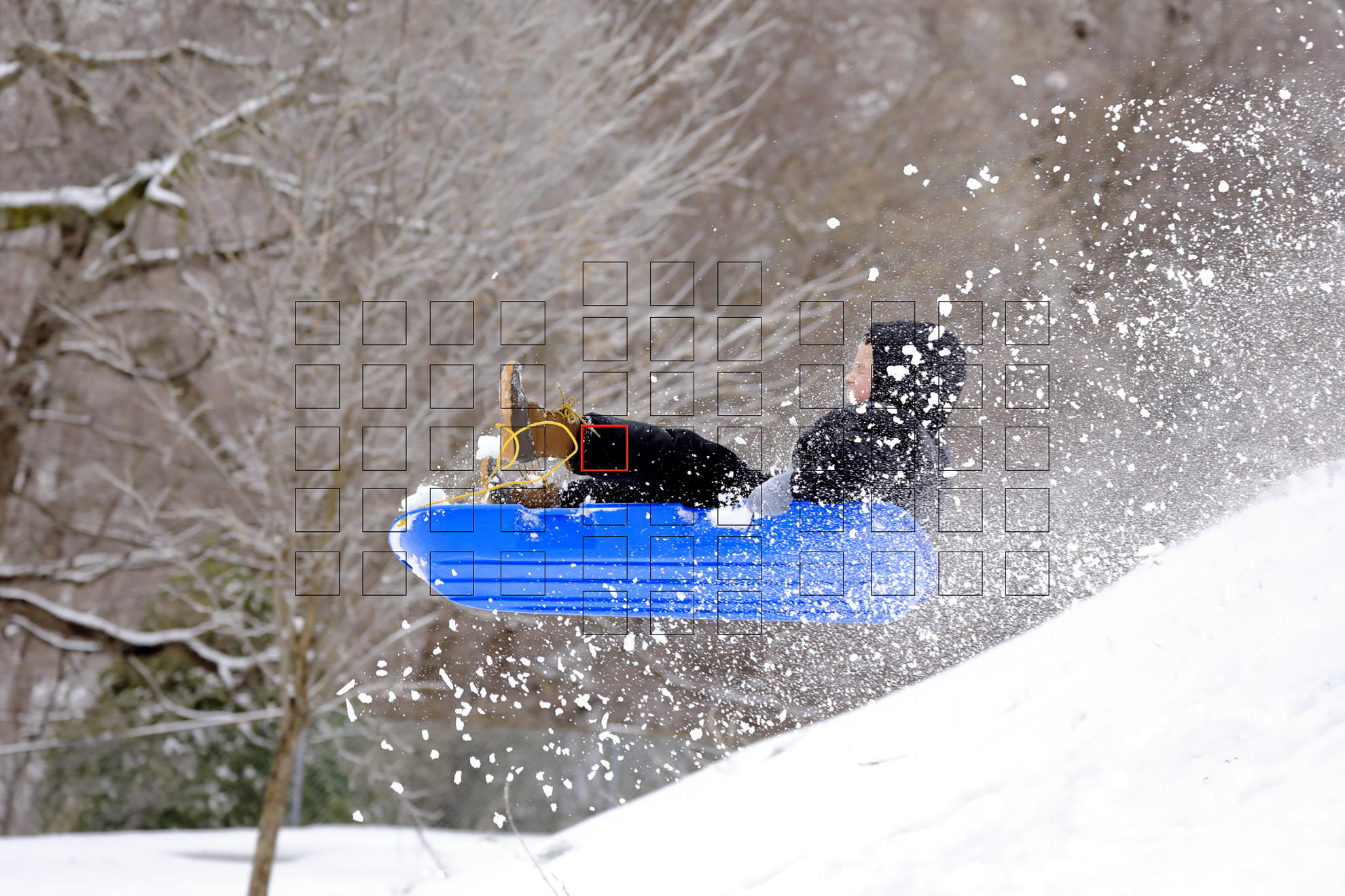 Perhaps a better method would be to activate a group or even all focusing points so you have a larger AF area to work with. This will enable the focusing system to change the AF point from one to another as the subject moves throughout the frame. Refer to your camera’s manual to learn how to change focusing groups, if available.

4. Why do my snow pictures look gray and underexposed?

Predominantly light or dark scenes can fool the camera’s light meter and deliver an exposure that’s not what you expect. When using your camera’s light metering system, you’ll need to pay close attention to the dominant tones present in the image to consider if exposure compensation is needed. Exposure compensation is a function of the camera used to intentionally override the exposure and make the picture brighter or darker. The meter is designed to do one thing . . . average; and it expects to see highlights, mid-tones and shadows. Unfortunately not all scenes are in fact average. The image below was taken at the start of the boy’s sledding run and as you can see, the predominant tone in the image is light (because of the snow) as evidenced by the histogram accompanying the image. As a reference, the histogram is a graphic tone map of the image. Light tones are indicated on the right side of the scale, dark tones on the left and mid-tones in the middle. Looking at the histogram, the bulk of the image is light toned from the snow. The problem is that the camera is trying to make this image “average” and we ended up with an image that’s underexposed slightly by evidence of the “gray” snow.

With images where the dominant tones are light, you’ll likely need to apply positive exposure compensation to intentionally make the picture brighter. Remember, the meter is trying to make this picture average and therefore exposes it that way. The same concept would apply if the dominant tone is dark, but the reverse would happen. The dark tones would overexpose because the meter is attempting to make those tones average. Again, the answer is exposure compensation but this time, to the minus or underexposure side of the scale looking to correct the image.

To activate exposure compensation on a Canon Rebel camera, push the AV+/_ button on the rear of the camera and turn the main dial (behind the exposure button) to make your change. 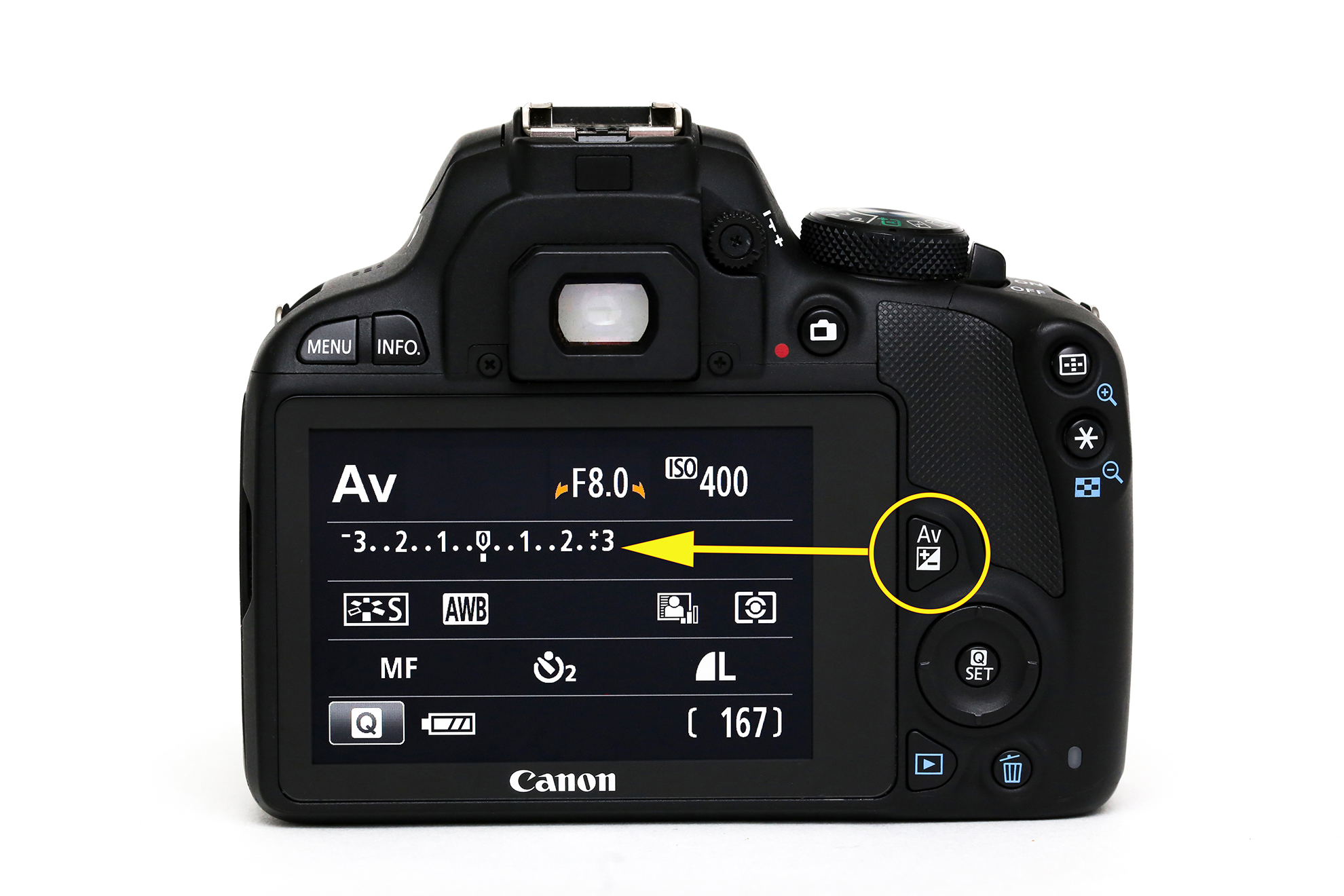 On any other Canon camera, simply turn the rear dial with your thumb to make the change. 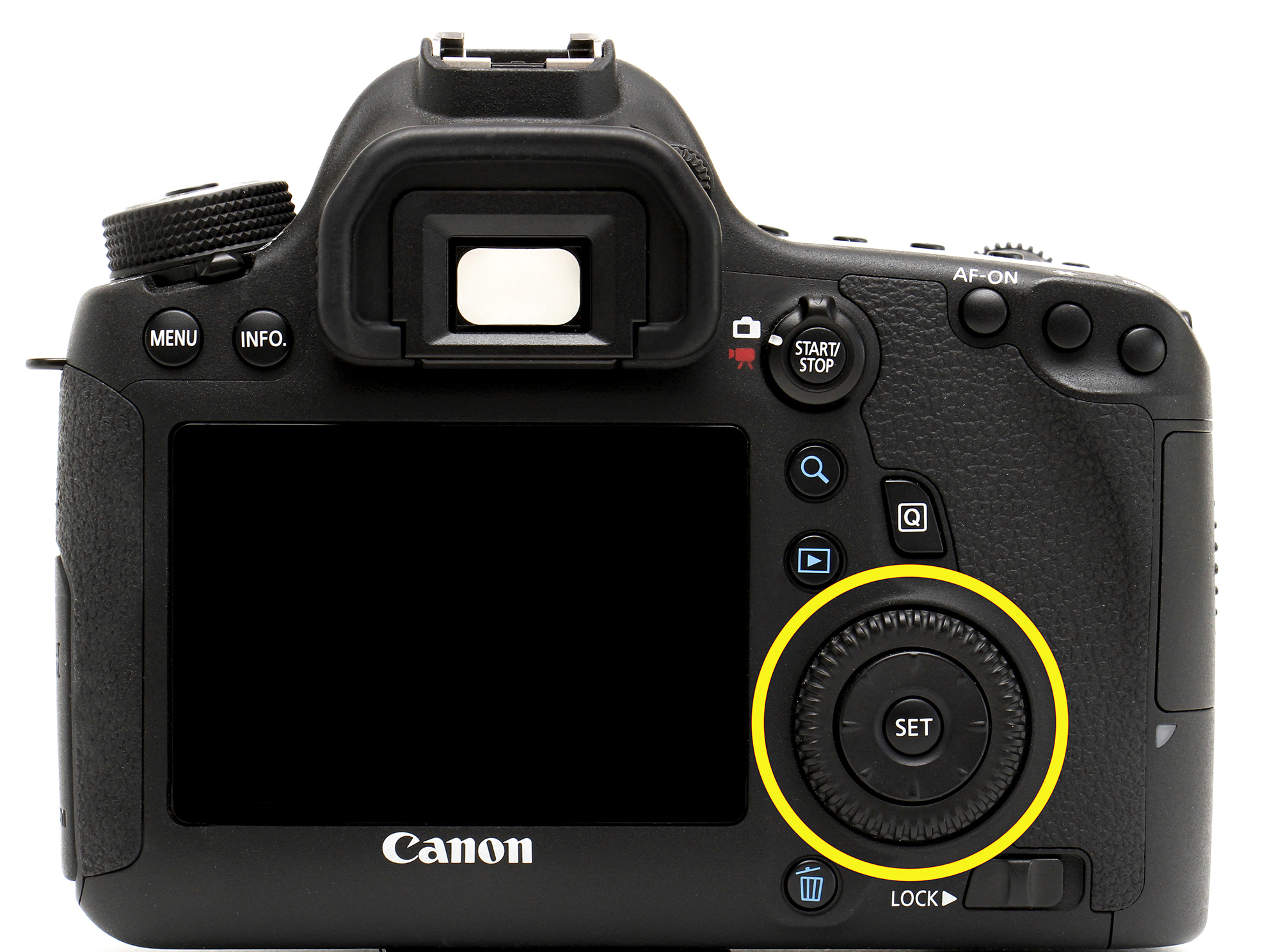 Now, looking at the histogram on the main image, you can see a nice mix of tones and the histogram contains a lot more mid-tones, so there is no exposure compensation needed. 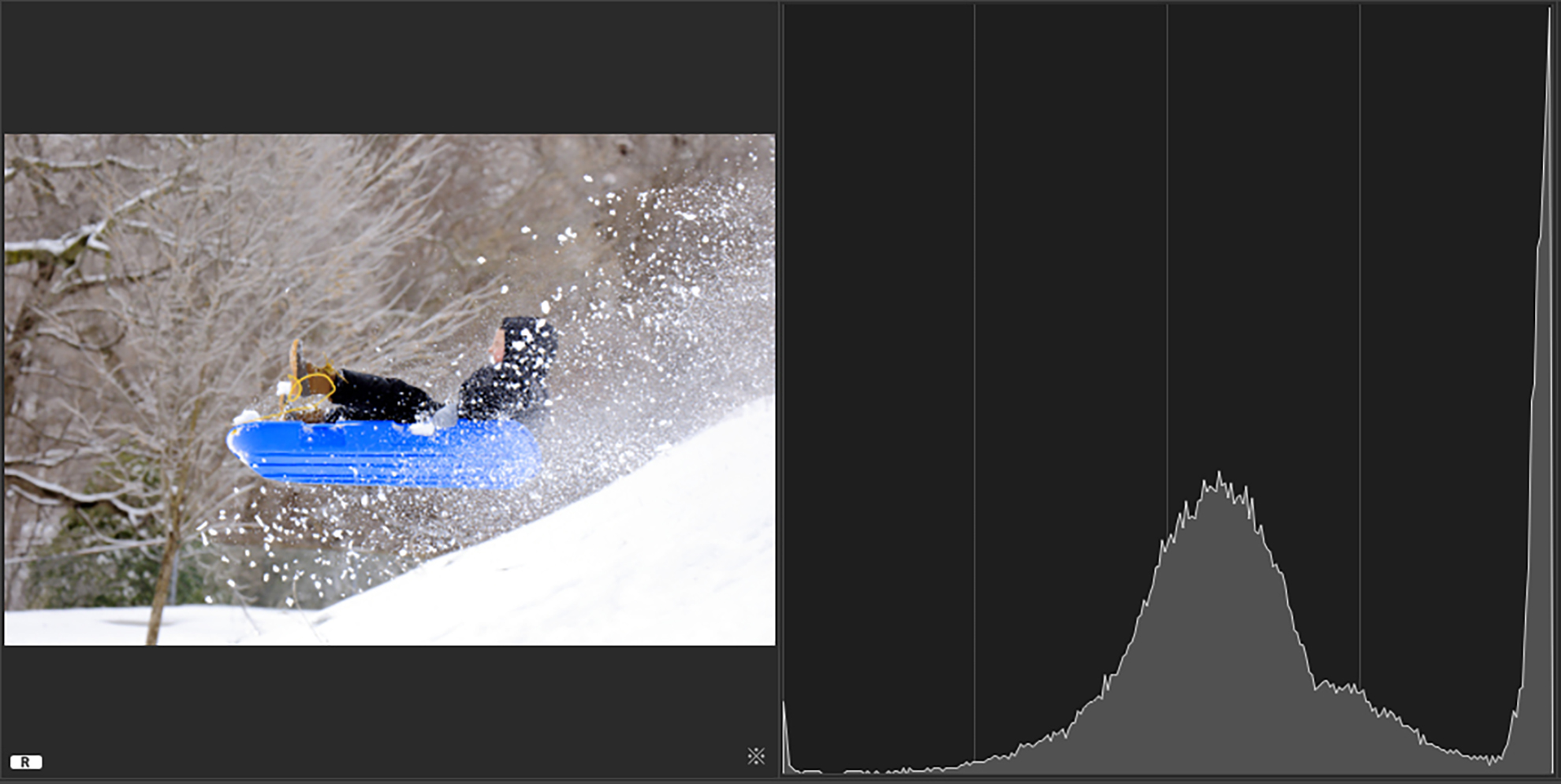 5. What about white balance?

Often times when I’m photographing outdoors, I set my white balance to Auto White Balance (AWB). It does a really good job of selecting the proper WB setting most of the time but if you aren’t pleased with the camera’s selection, you can always set it to one of the presets to suit your taste. On many Canon cameras you can also set the color temperature manually to the K setting (Kelvin) and dial your own setting in. The basic idea of white balance is to make the whites in the image look white without a color-cast to them. Once you achieve that, all the other colors should fall into place. 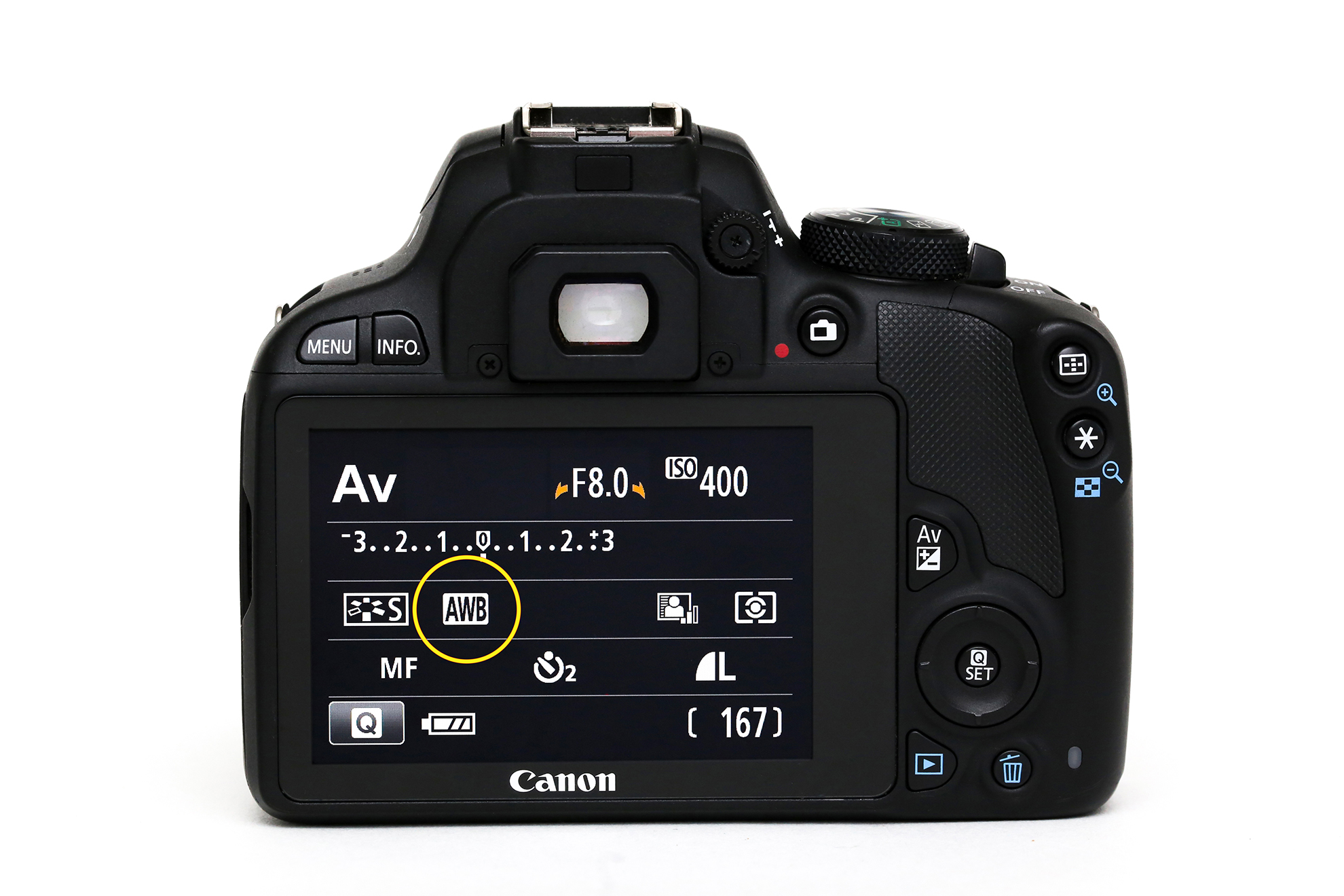 While there are advantages and disadvantages to both, photographing in RAW mode will afford you the most flexibility when processing your images later. JPEGs are processed in the camera and don’t have nearly the available options to make adjustments without doing damage to the file. JPEGs are compressed files and every time you save a JPEG it recompresses the file again, throwing out data each time. The advantages of JPEGs . . . they are ready to use and share immediately all while not needing a computer to be processed. JPEGs are also substantially smaller in file size compared to RAW. Because of the large amount of data that RAW files possess, they allow significantly more control over items like brightness, white balance, Picture Style, lens correction data, color space and much more, all without causing any damage to the file when processed out to either JPEG or TIFF files. I’m not saying that photographing in JPEG is a bad thing . . . you just need to be certain your settings are as close to where you want them before you photograph. RAW images allow for much more latitude but must be processed, which takes more time.

Finally, it’s a good idea to set your camera to continuously shoot images as long as you hold down on the shutter button (also known as Continuous Mode). This will allow you to take a series of images in a row, giving you a variety to choose from of the action sequence.

While the examples in this article were shown photographing in the snow, the concepts described and illustrated here apply to everyday situations and you should practice them frequently to improve your action photography. Soon you’ll start feeling more comfortable with your camera and how it reacts to certain situations so you’ll be ready for any situation you encounter!

After Dark Fashion Shoot with the EOS R