Canon’s new EOS C200 and EOS C200B are the latest additions to a comprehensive line of Cinema EOS cameras. The current lineup of cameras offers a solution for every level of production, from the EOS C100 for an independently funded web series to the EOS C700 for multi-million dollar productions. Within the Cinema EOS lineup, there is always the right tool for the job.

Now with the EOS C200, we have added a whole other tool to the Cinema EOS line. But EOS C200 is having an identity crisis – the camera packs a large range of features and functions into an uncannily small and cost effective package. The technical capability range of the EOS C200 makes it an ideal camera for productions such as 4K event coverage and corporate work, as well as single camera narrative and documentary work.

In this two part series we are going to be examining the production and post-production features and workflows of the EOS C200 for varying levels of productions. We are going to go from the basics of the camera, such as its UHD 8-bit lightweight codec, all the way to how this camera can integrate into an ACES workflow. Come to think of it, identity crisis may be putting it mildly.

Let’s take an outside-in approach with this camera. The EOS C200 has taken on a form much like the traditional EOS C100 and C300 series of the past. However, it has also taken some major cues from the success of the EOS C700’s form factor. 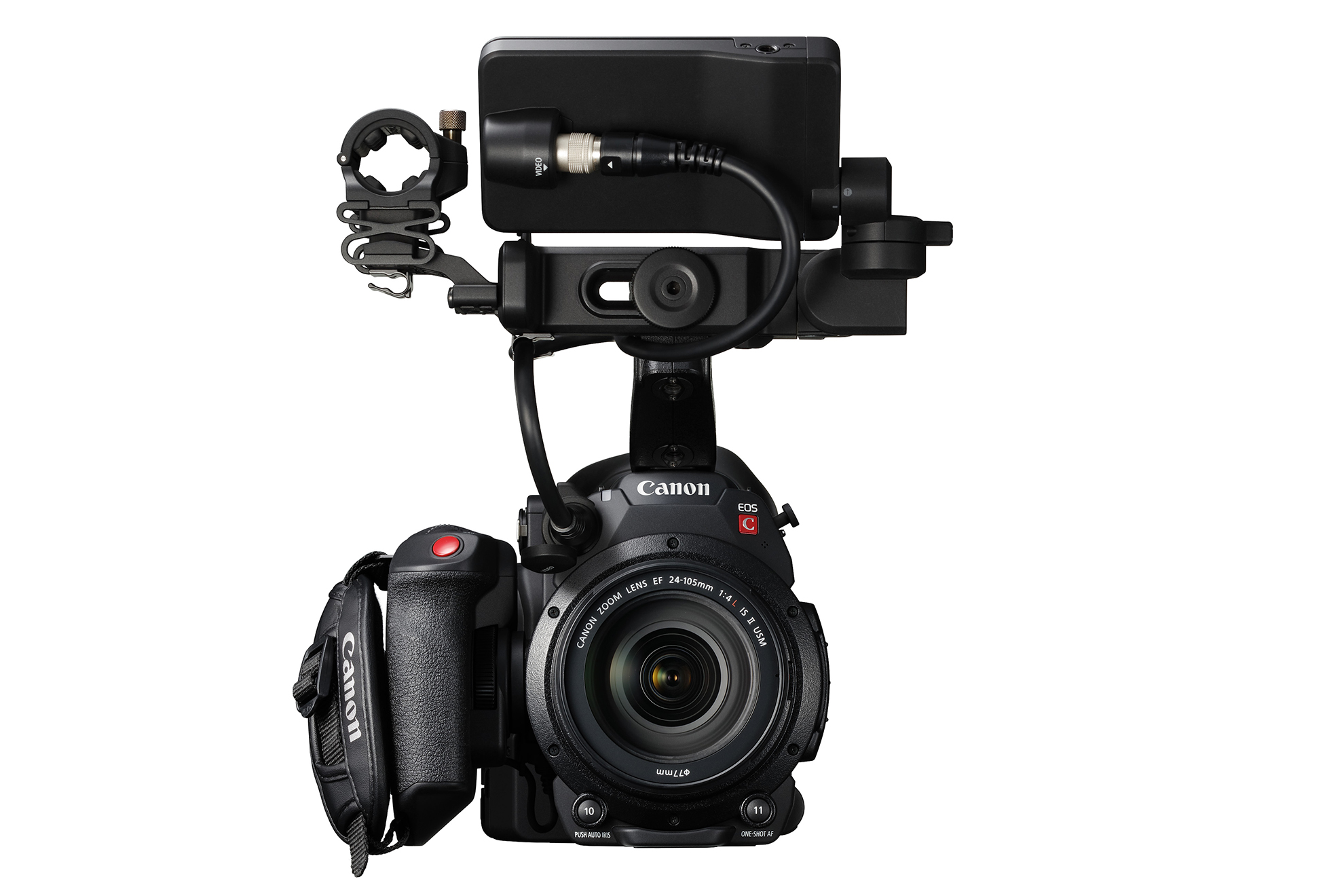 At first glance, yes, it would appear to be very similar to the EOS C100 and C300 models that came before it. But let’s look closer at some subtle but important design differences.

The EOS C200 sports a flat top with two 1/4"-20 taps on it. This allows us to use much more standard rigging accessories, like flat cheeseplates, as well as have two mounting points to prevent rotation under circumstances which provide extreme torque, such as car mounting. A note though, the OLED viewfinder produces a slight bump on what is an otherwise flat flush top…more on that next. 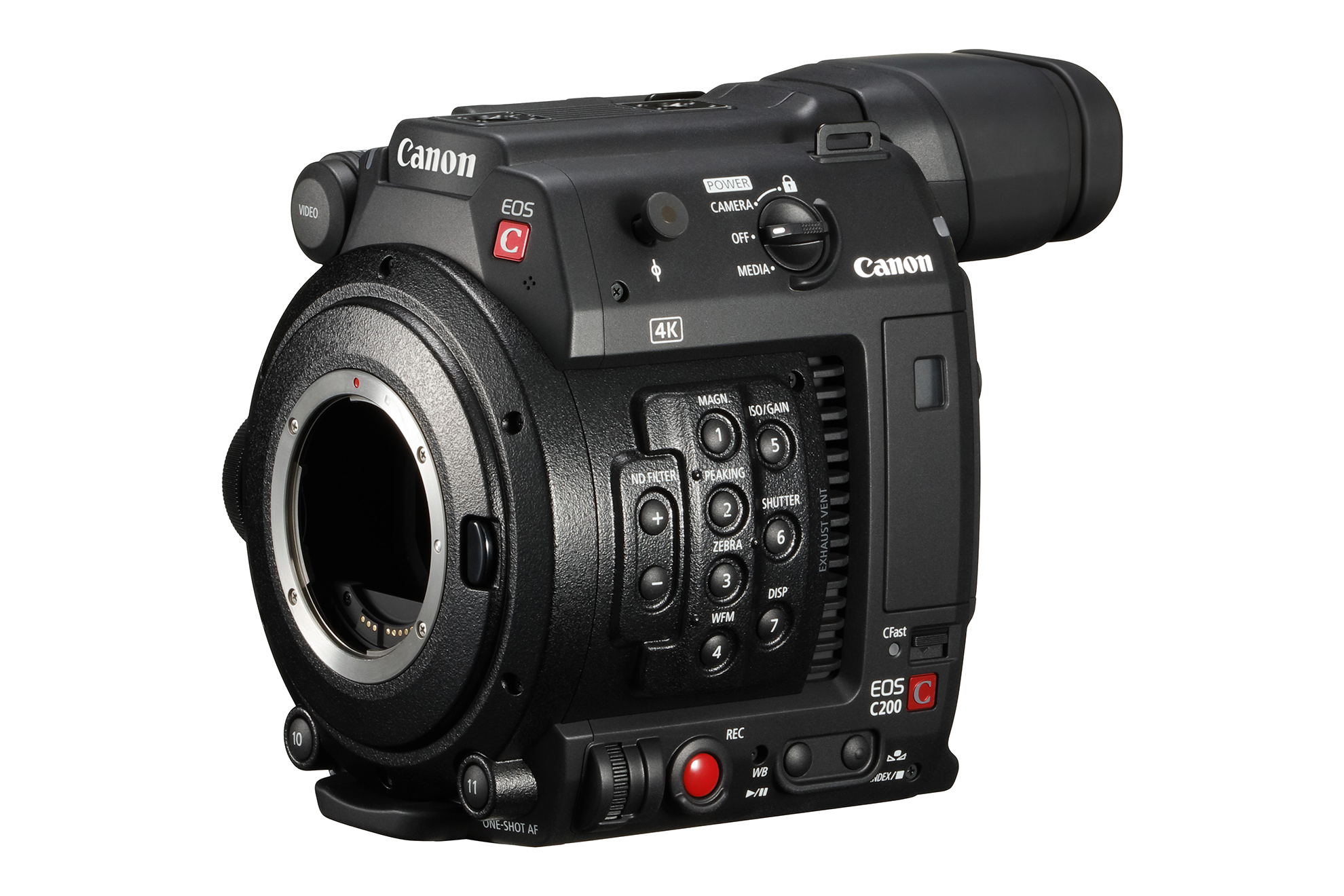 To See or Not to See 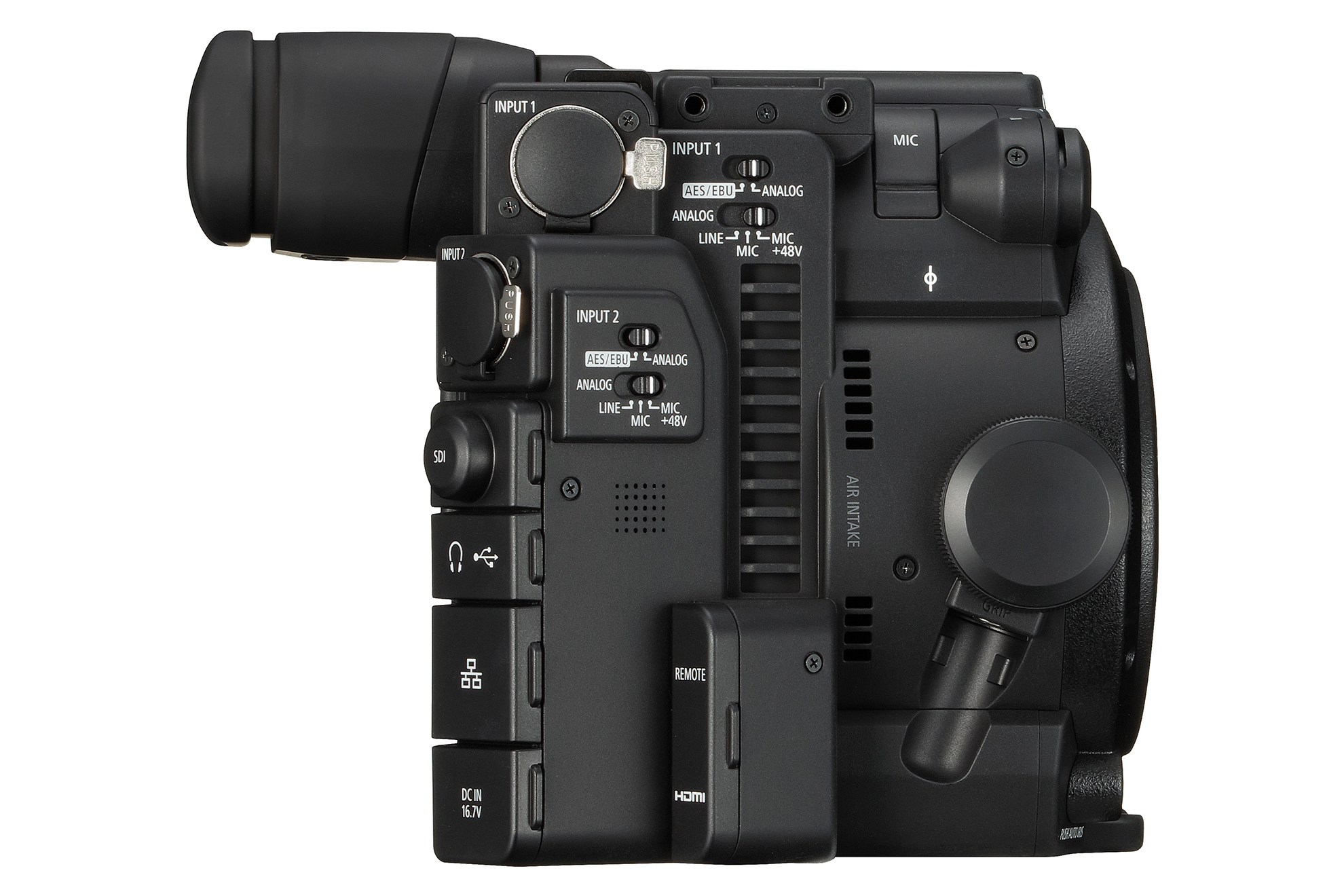 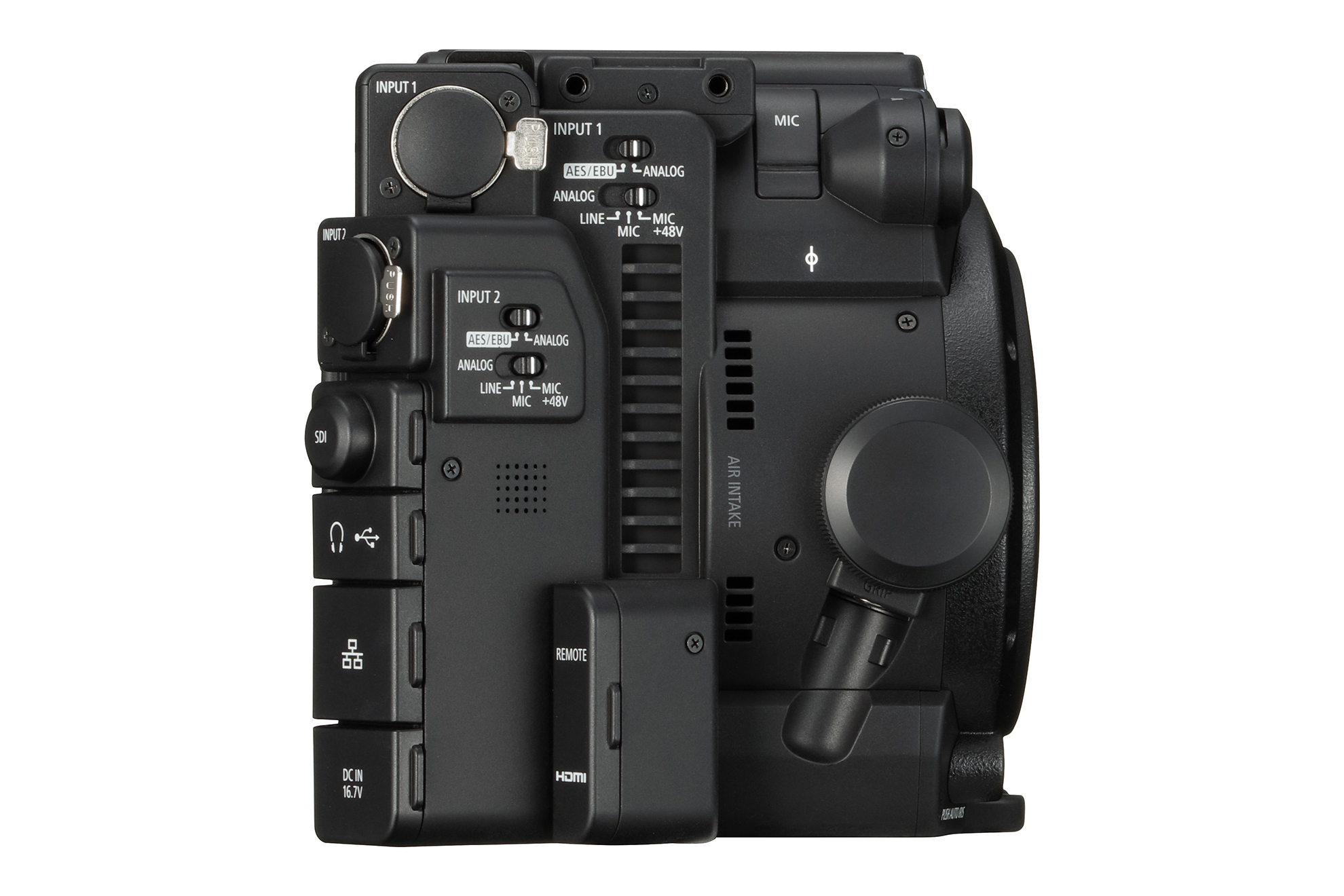 Can You Hear Me Now?

The EOS C200 took a major cue from the EOS C700 in terms of audio. Offering the same 4-channel configuration as the EOS C300 Mark II and EOS C700, the EOS C200 shares the same AES/EBU or analog interface as the EOS C700. In addition to that, the XLR terminals themselves are actually located on the body of the EOS C200 – just like the EOS C700 - and not on an external handle or monitor unit. 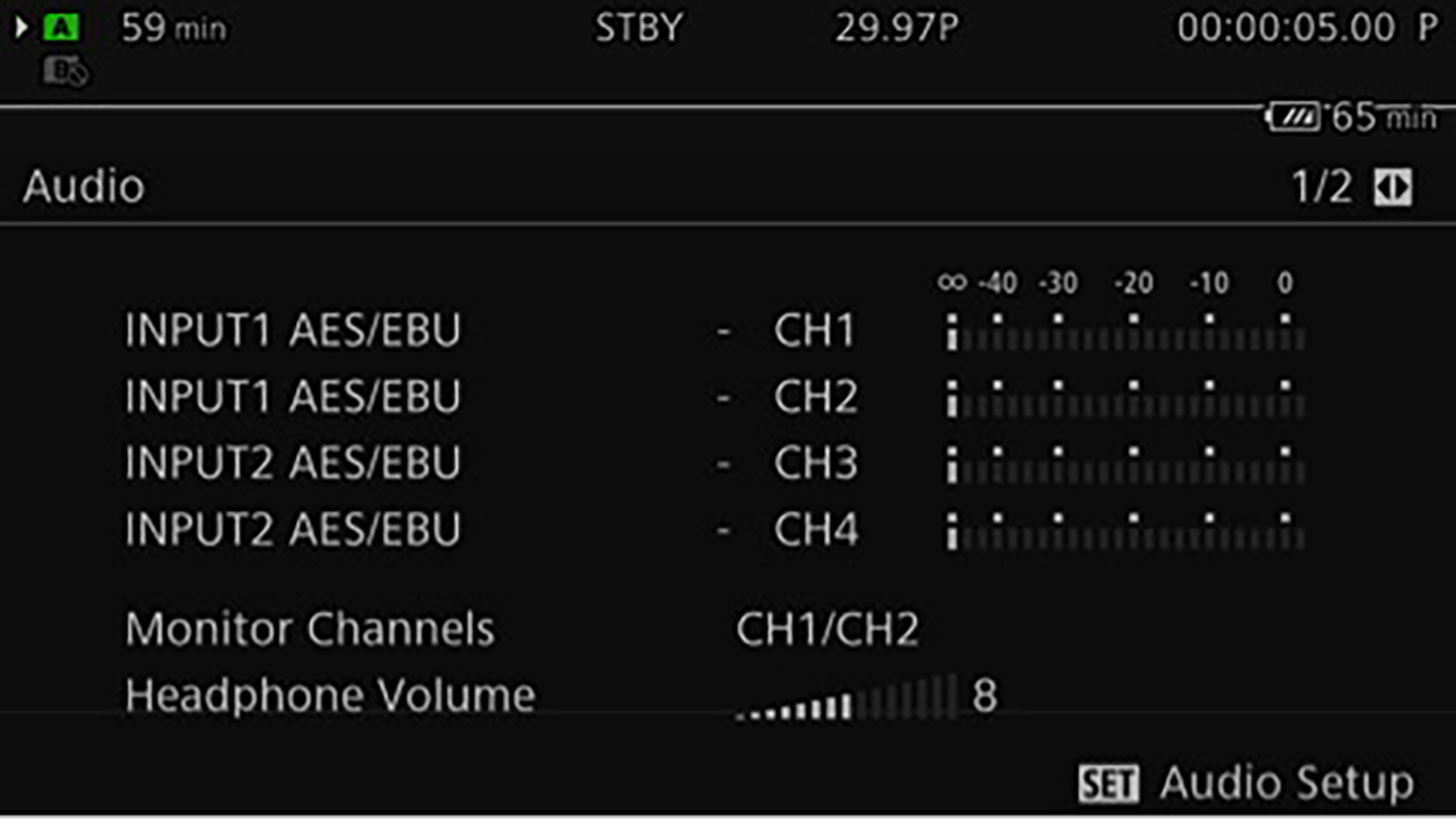 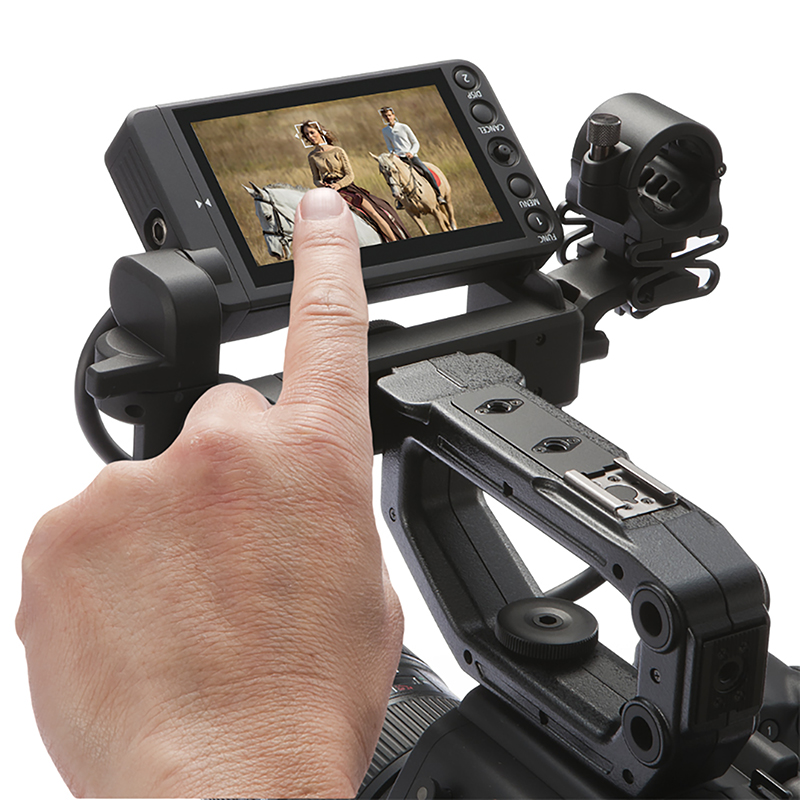 Removing the XLR interface from the monitor unit allows the EOS C200 to feature a new style of monitor. Equipped with a friction-style rotating mount, the EOS C200 can be seen (and more importantly touched) from any side of the camera. The touchscreen interface on the monitor allows for the most intuitive implementation of Dual Pixel Autofocus ever seen in the Cinema EOS lineup.

Getting a signal out of the EOS C200 won’t be a problem with the three video taps on the body itself. With a 4K capable HDMI, a 2K/HD capable 3G-SDI, and a proprietary video tap designed for either the touchscreen monitor or Canon’s OLED EVF-V70 viewfinder – your operator, AC, and team at video village are sure to see the light. 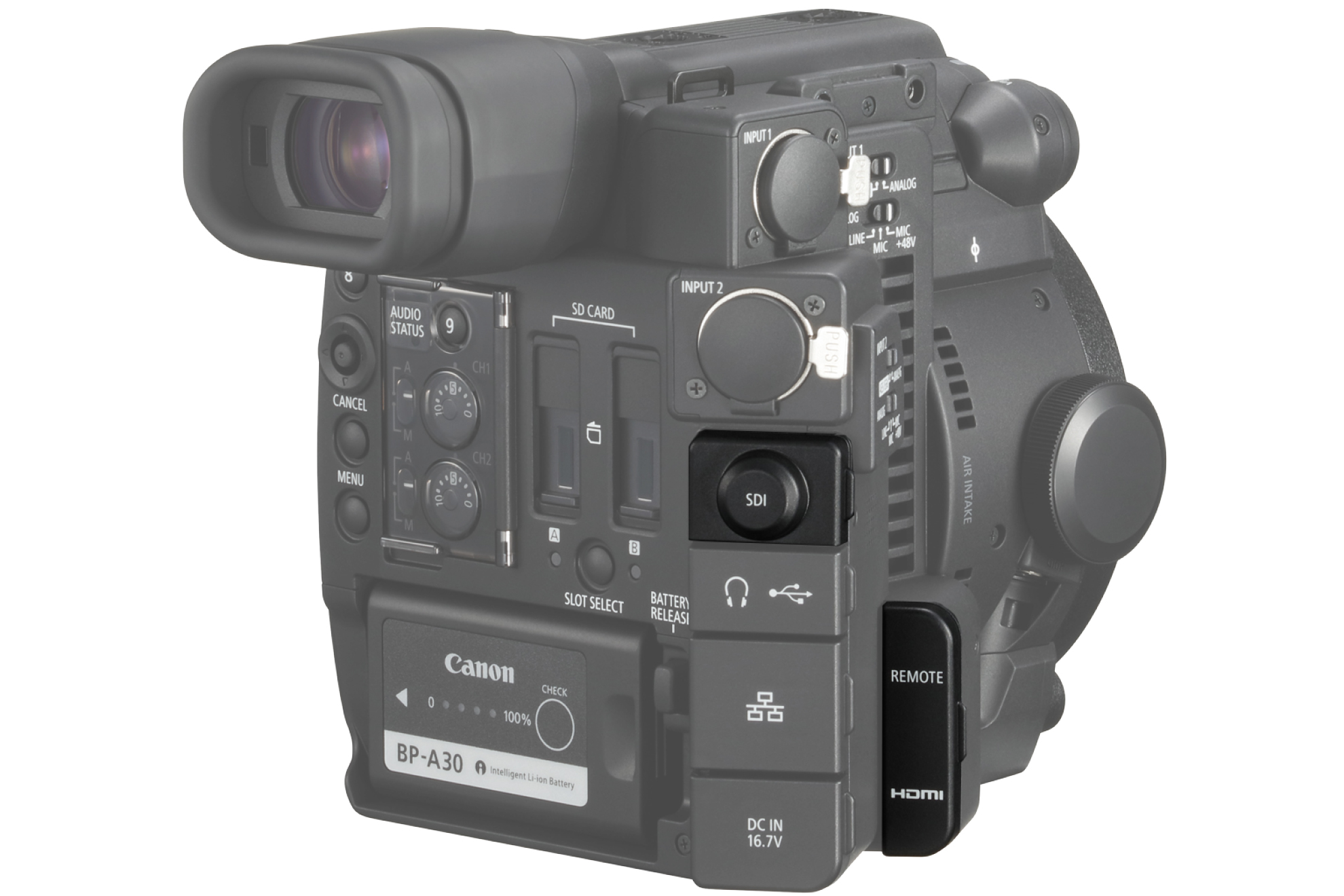 The EOS C200 also features a new handgrip and top handle design. For those familiar with the previous Cinema EOS series design, the control cable is now out of the exterior of the grip unit - as the grip is now connected using an Arri pitch rosette. This means re-locating the handgrip to an accessory off the camera’s body has never been easier. The top handle has even integrated a style of rosette locking – allowing for a tool-less single point of contact without the fear of rotation. 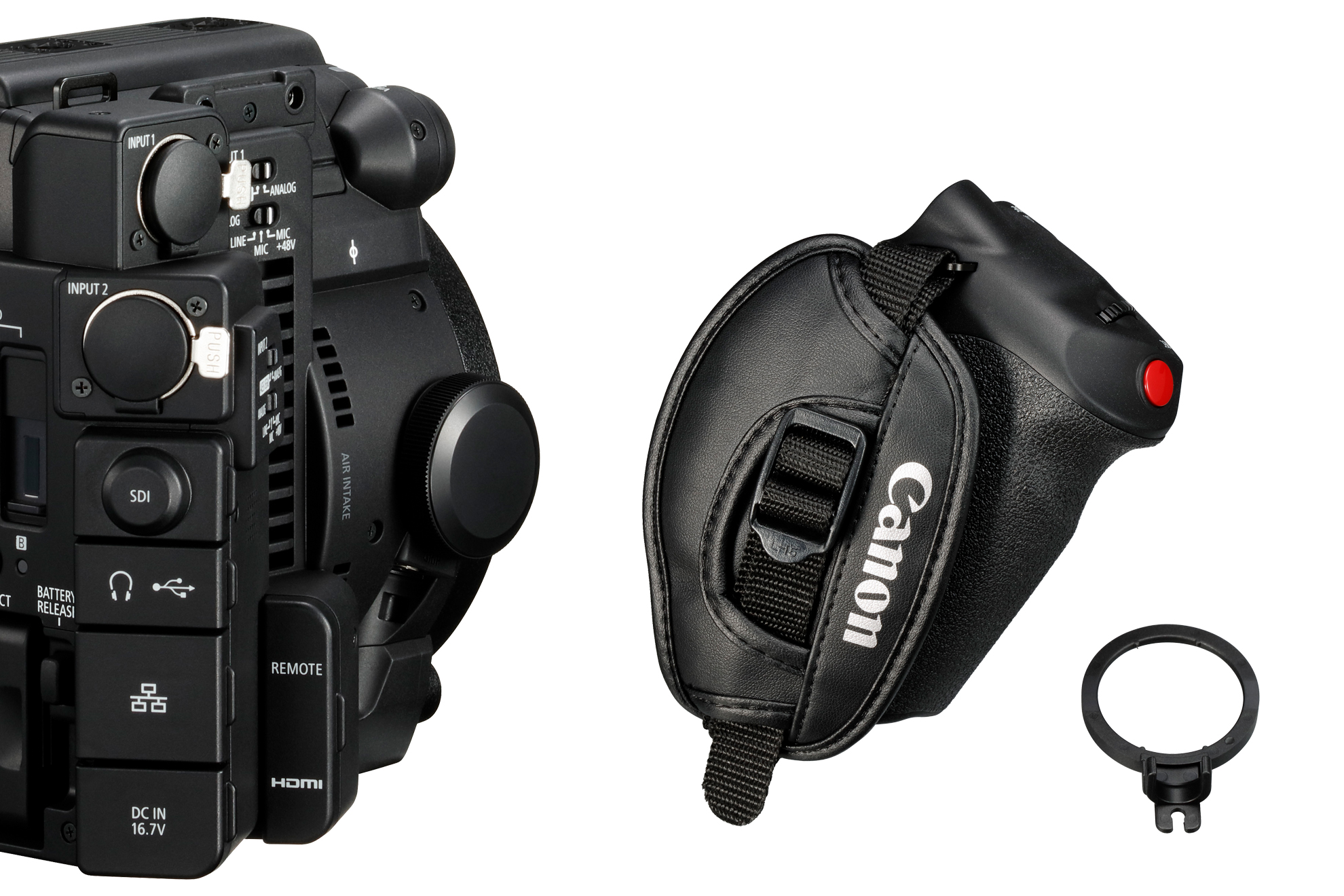 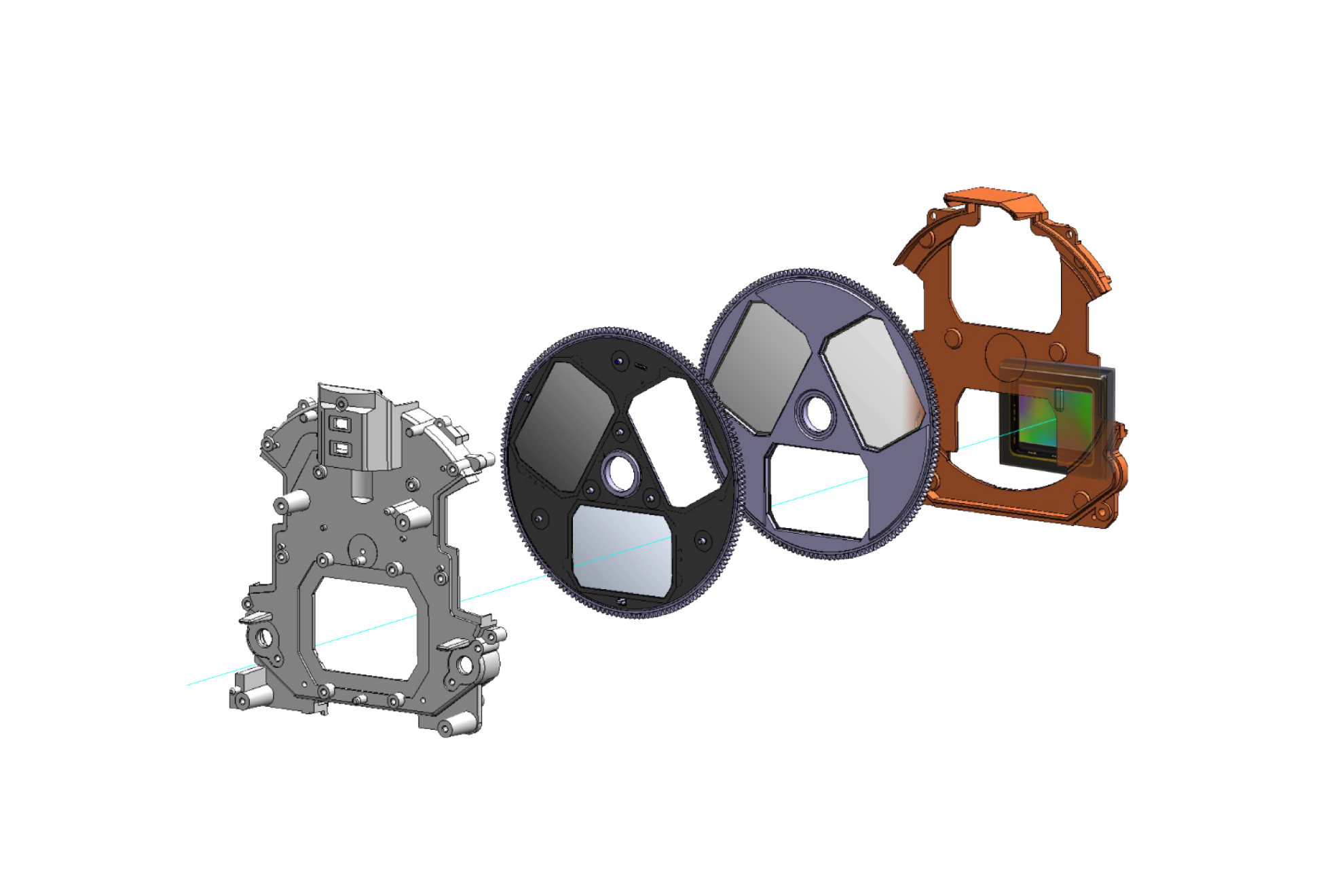 We’re going to talk about this very thoroughly a little later in this article, but there are dual SD card slots in the back of the camera. This is all most people would expect on a camera in this category, but here’s where the true identify crisis kicks in: the single CFast card slot. 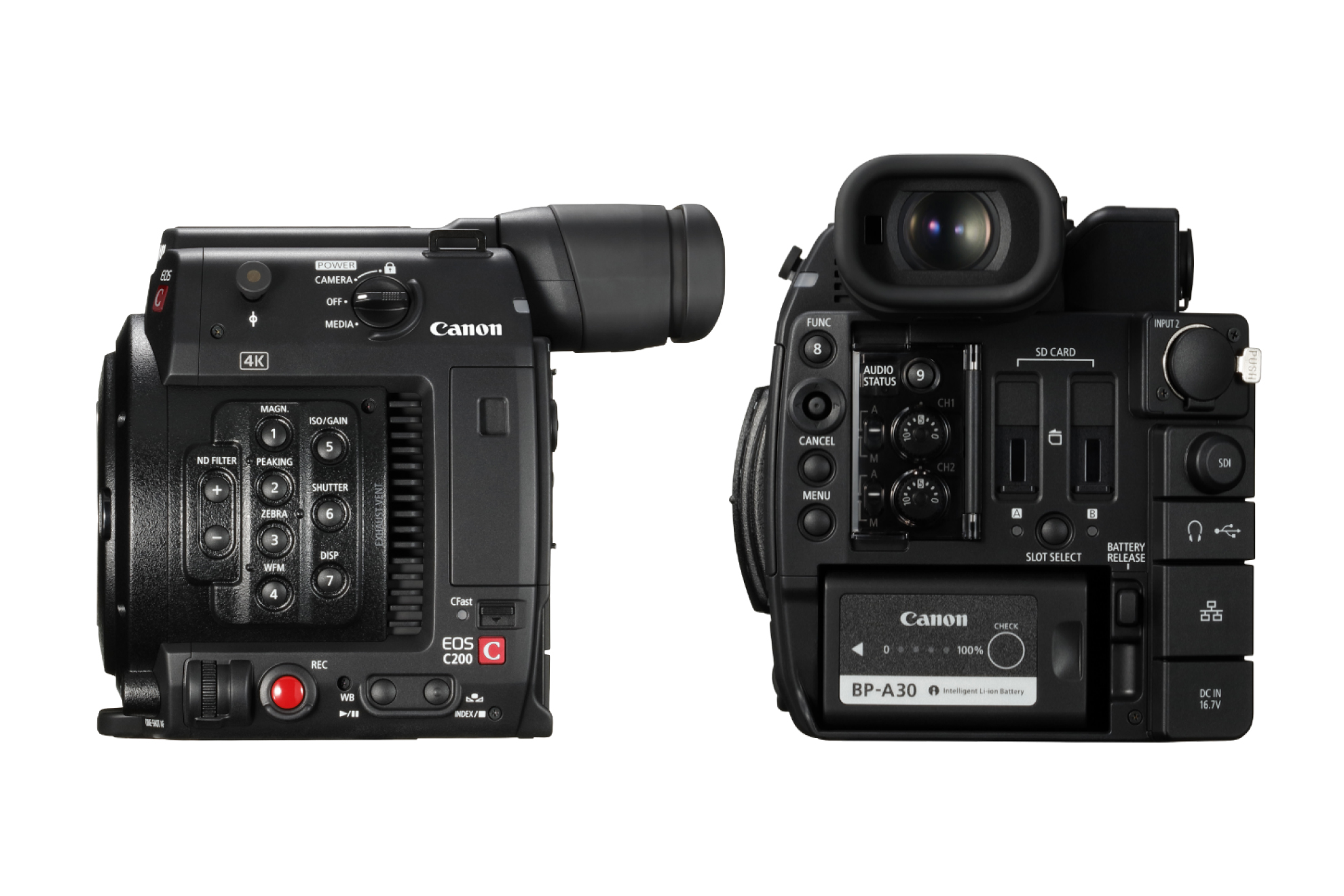 What’s on the inside counts too…

The EOS C200 is an exciting advancement in the Cinema EOS lineup from the outside alone, but where the real fun begins is when we look under the hood.

Featuring an 8.85MP sensor, the EOS C200 is able to record up to 4K DCI internally. But let’s not get too far ahead of ourselves here. This is where the duplicity of the camera’s identity really comes into play. In recording to the SD cards, we are able to capture a whopping 150 Mb/s UHD (3840x2160) image at up to 60P using Long-GOP compression, and at 1920x1080 up to 120P. This 4:2:0 8-bit file allows longform event and corporate shooters to meet the demands of 4K clients, while avoiding costly, high-speed media and huge storage demands. Capturing either to Canon Log 3, Canon Log, or the various linearized what-you-see-is-what-you-get curves included in the camera, the EOS C200 makes meeting the market’s demand for 4K an incredibly painless process. These MP4 wrapped files allow for quick viewing, easy editing, and seamless posting of footage with no transcoding required. 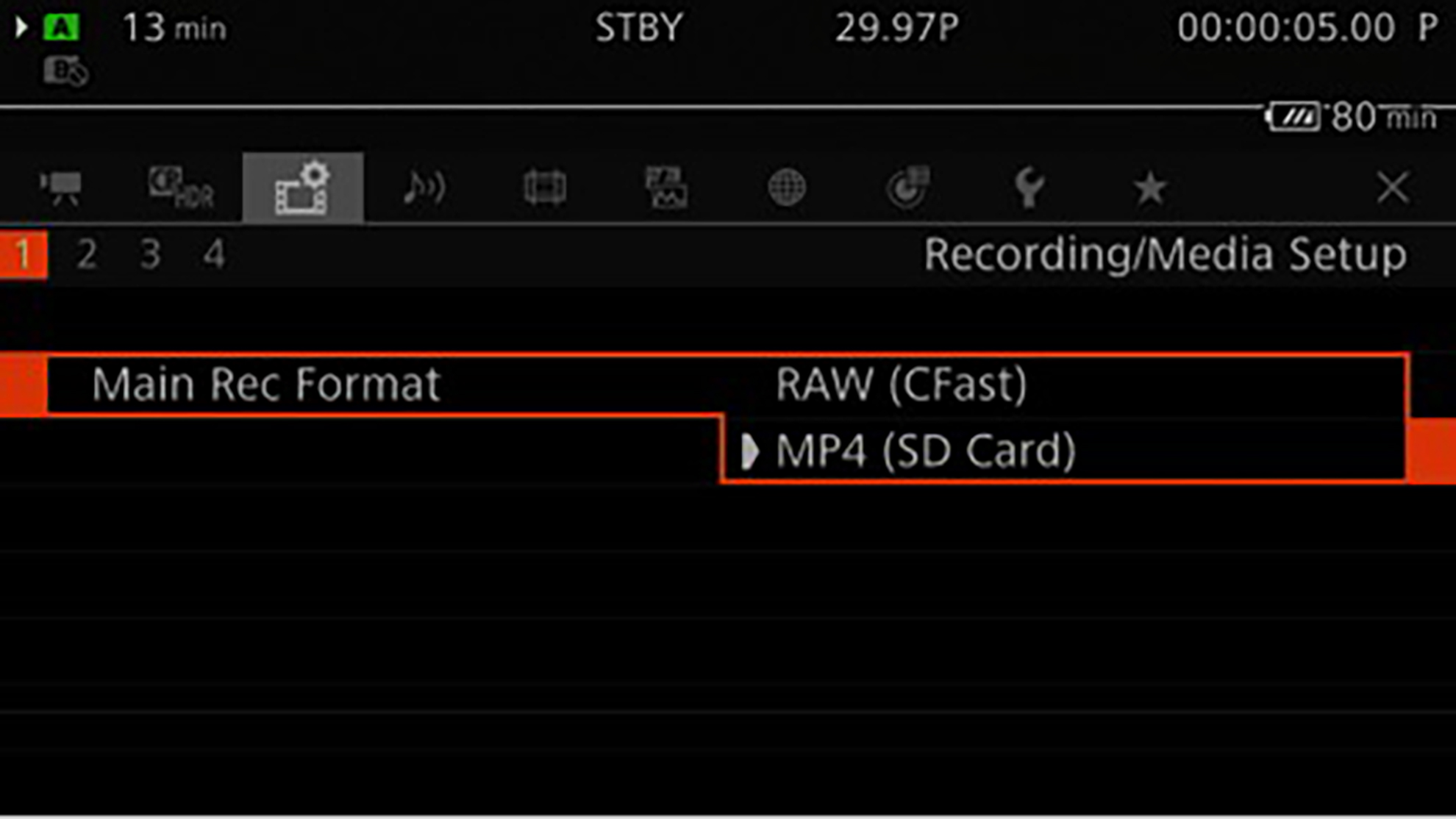 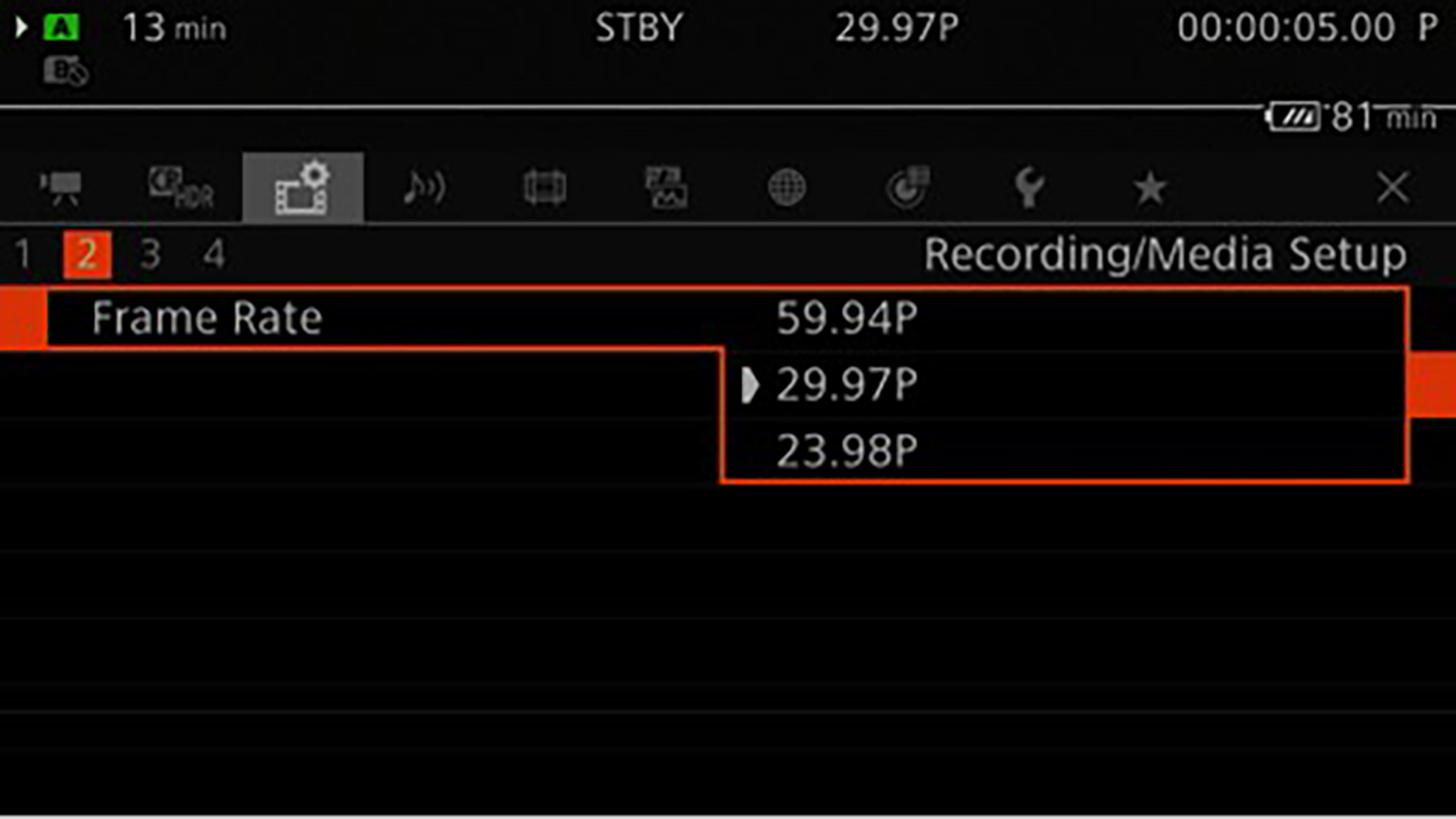 Now, different styles of productions have different priorities. While some productions dream of a lightweight 4K file they can present to their clients with minimal effect on their backend workflow – other productions require beefy, data rich images, and the additional drive capacity is a small price to pay. For the latter group, I’ll direct your attention now to the CFast slot.

To CFast media, the EOS C200 does something no other Cinema EOS camera has been able to do before: capture RAW internally. The new Cinema RAW Light processing is designed to provide the same high resolution, high color depth, and wide dynamic range as our previous RAW structure but at a dramatically reduced data rate of 1/3 to 1/5. Clocking in at 1G/bps, Cinema RAW Light is comparable in size to Apple’s ProRes 4444 XQ, however while still maintaining the benefits of a RAW workflow. The EOS C200 is capable of capturing 4096x2160 12-bit Cinema RAW Light up to 30p, and 4096x2160 10-bit Cinema RAW Light at 60p. These data rates and storage needs are not for the faint of heart. A 64GB CFast card will give you roughly five minutes of 23.98p footage before needing to swap cards. Nevertheless, the pure temptation of such a data rich file at this price point will surely be hard to resist for many single camera narrative and documentary productions.  Making it even more temping is the option of simultaneously capturing 2K proxies to the SD card to simplify your post-production process. 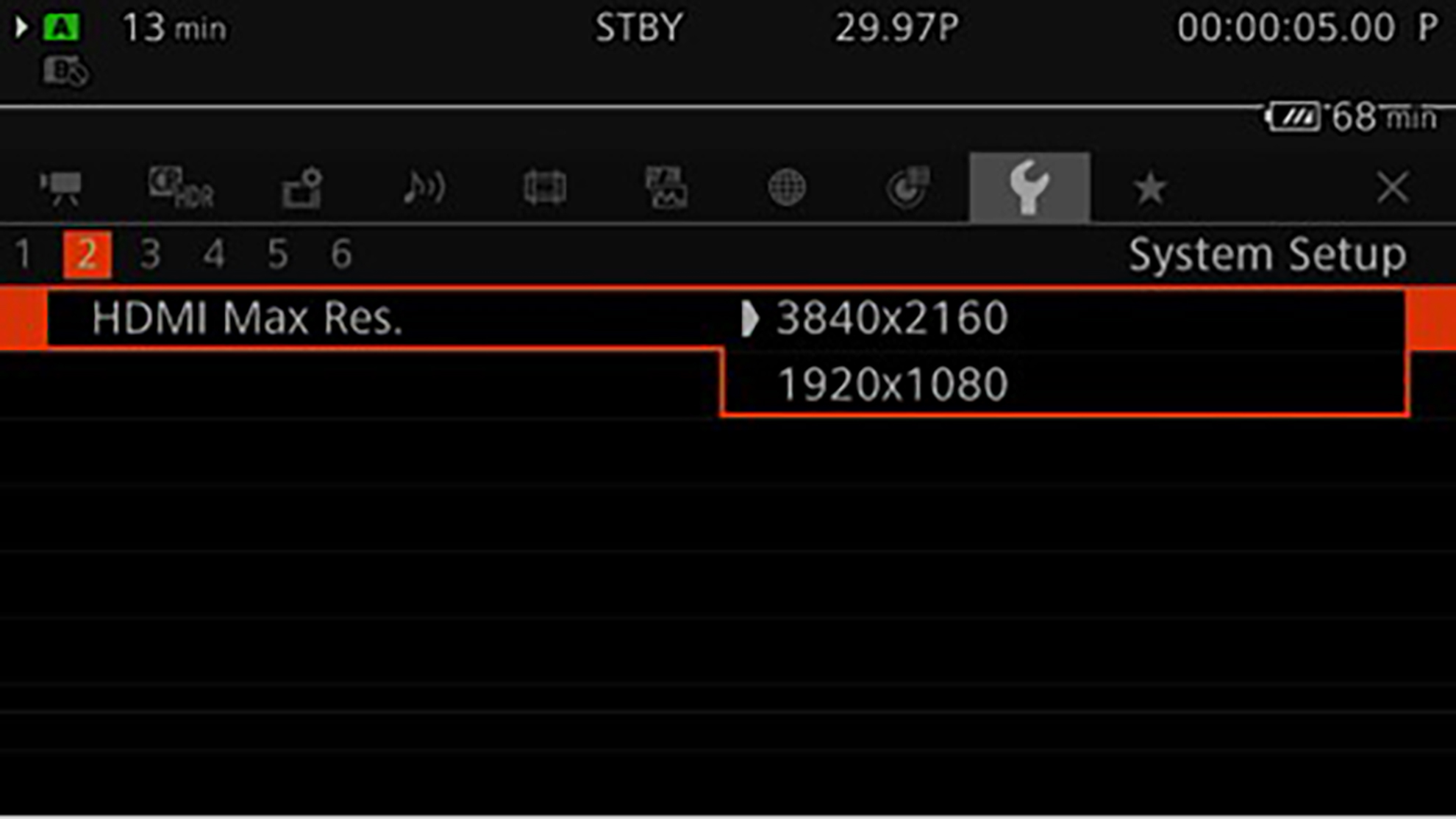 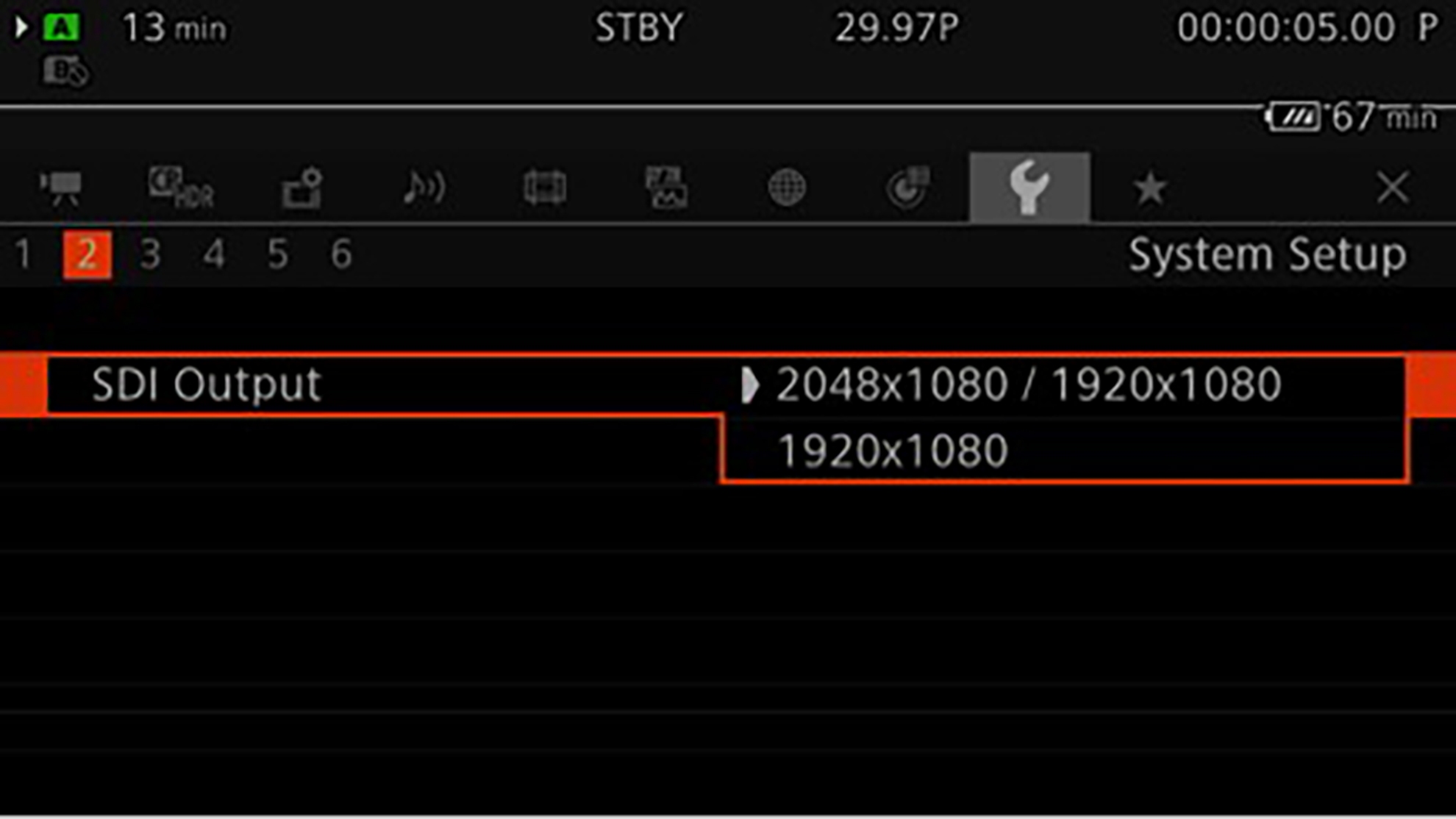 These two very different capture formats are what make this camera so interesting to such a wide range of production. In addition to the internal recording, the EOS C200 can output either 1920x1080 YCC 4:2:2 10-bit over the HD-SDI Terminal, or 3840x2160 4:2:0 8-bit over the HDMI, allowing an expansion of recording formats through an external recorder. It is a camera that can seemingly grow with you and your needs, wherever they may take you. If you’re interested in learning more about the post-production workflow, check out part two to this series, where we will discuss the implications of shooting.

With a format as advanced and versatile as Cinema RAW Light, the EOS C200 is able to integrate into cutting-edge industry trends such as HDR and ACES. The EOS C200 has the ability to output an HDR PQ complaint (BT.2100) image over both the HDMI and the SDI outputs. This brings the on-set HDR workflow down to a more cost effective level than ever before. In addition to the HDR monitoring option, a DIT could instead choose to receive an ACESproxy signal in order to to start building looks on top of the EOS C200’s image that will carry all the way through the production and post-production process. 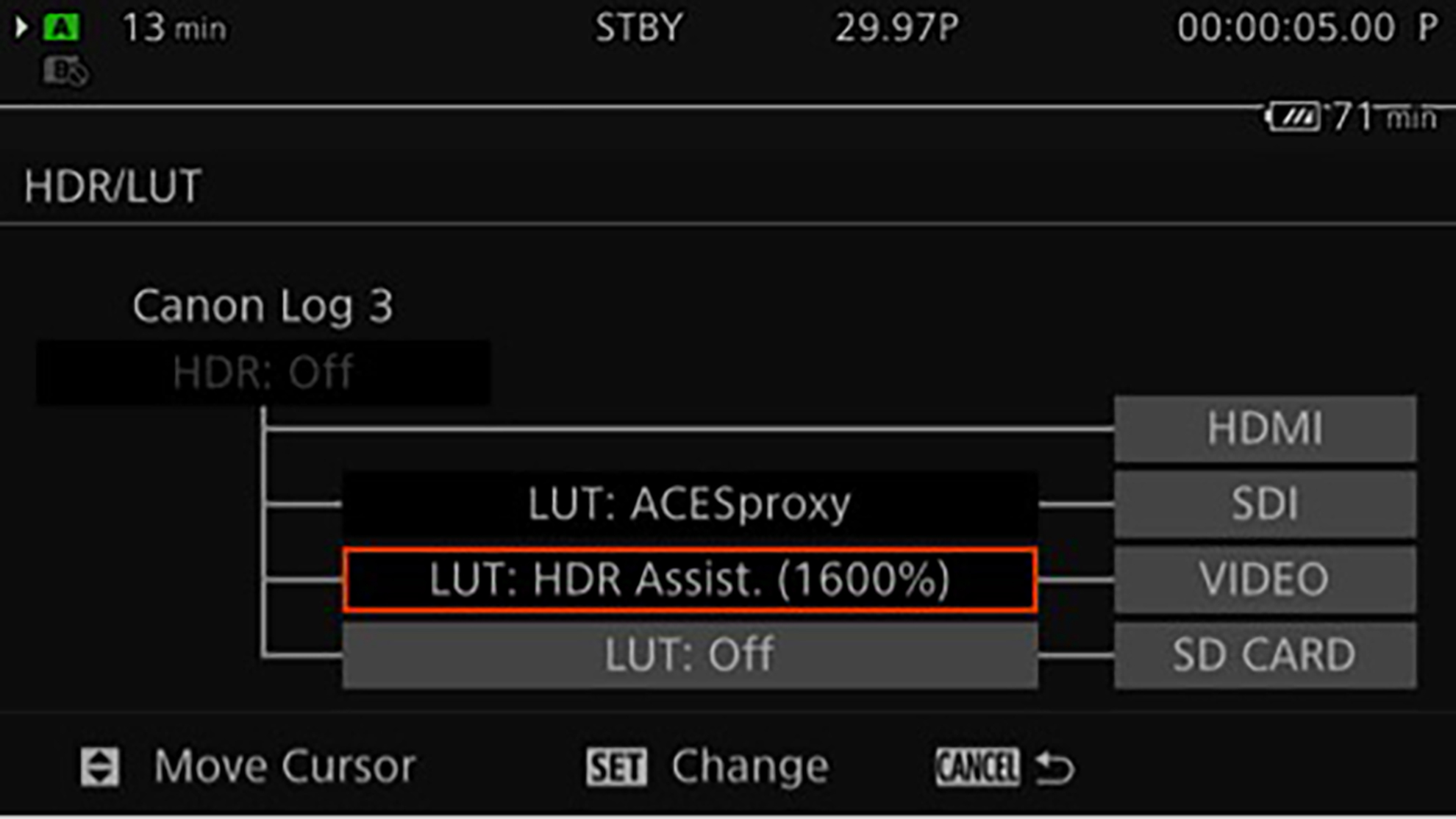 However, there’s more than just video processing under the hood. There are also technologies designed to make life on-set just a little easier. The inclusion of built-in Wi-Fi® as well as ethernet and remote camera control terminals makes this an ideal camera to compliment the EOS C700 as a small, remote operable B or C camera attached to a gimbal or mounted up in the rafters. 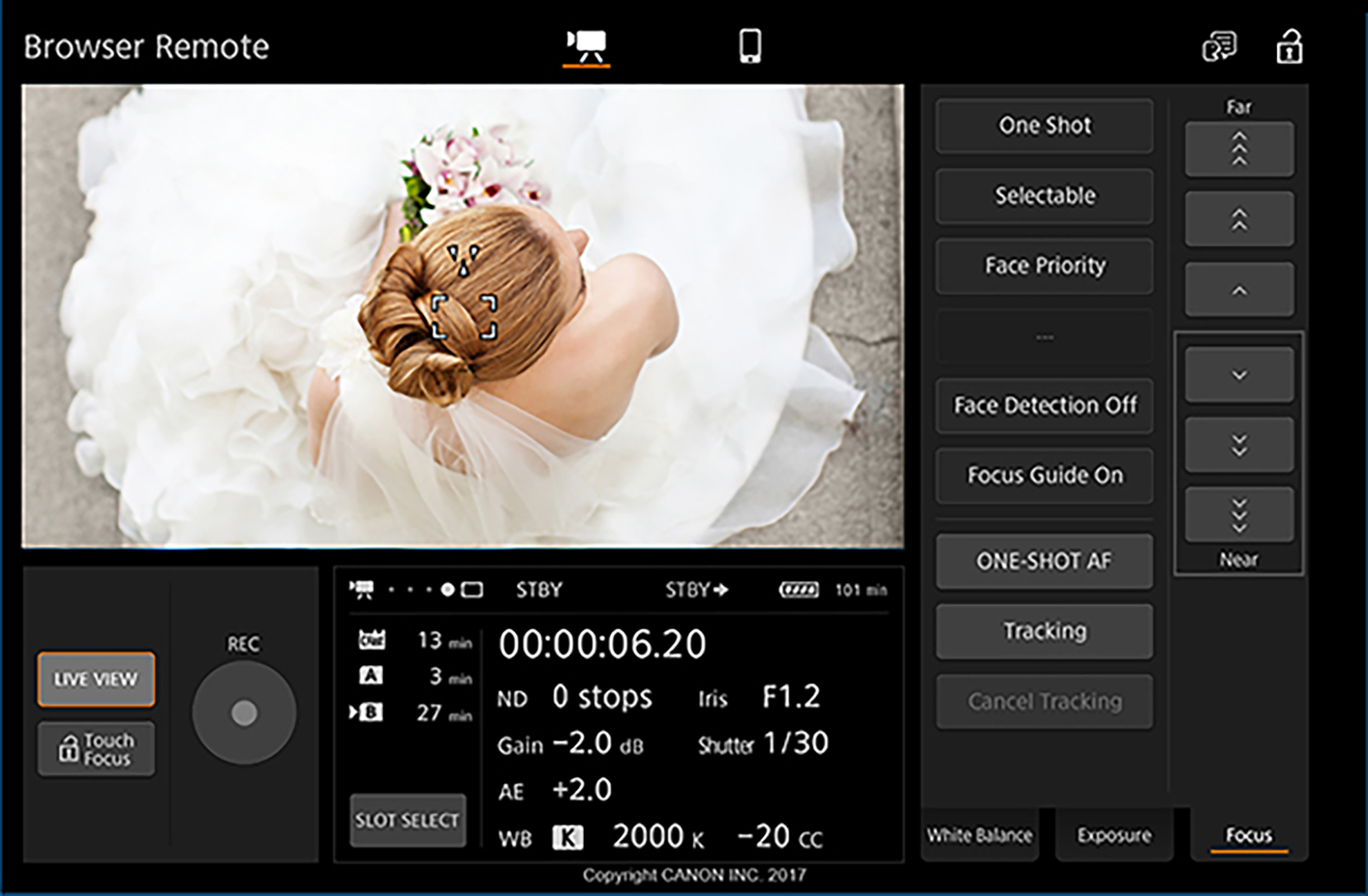 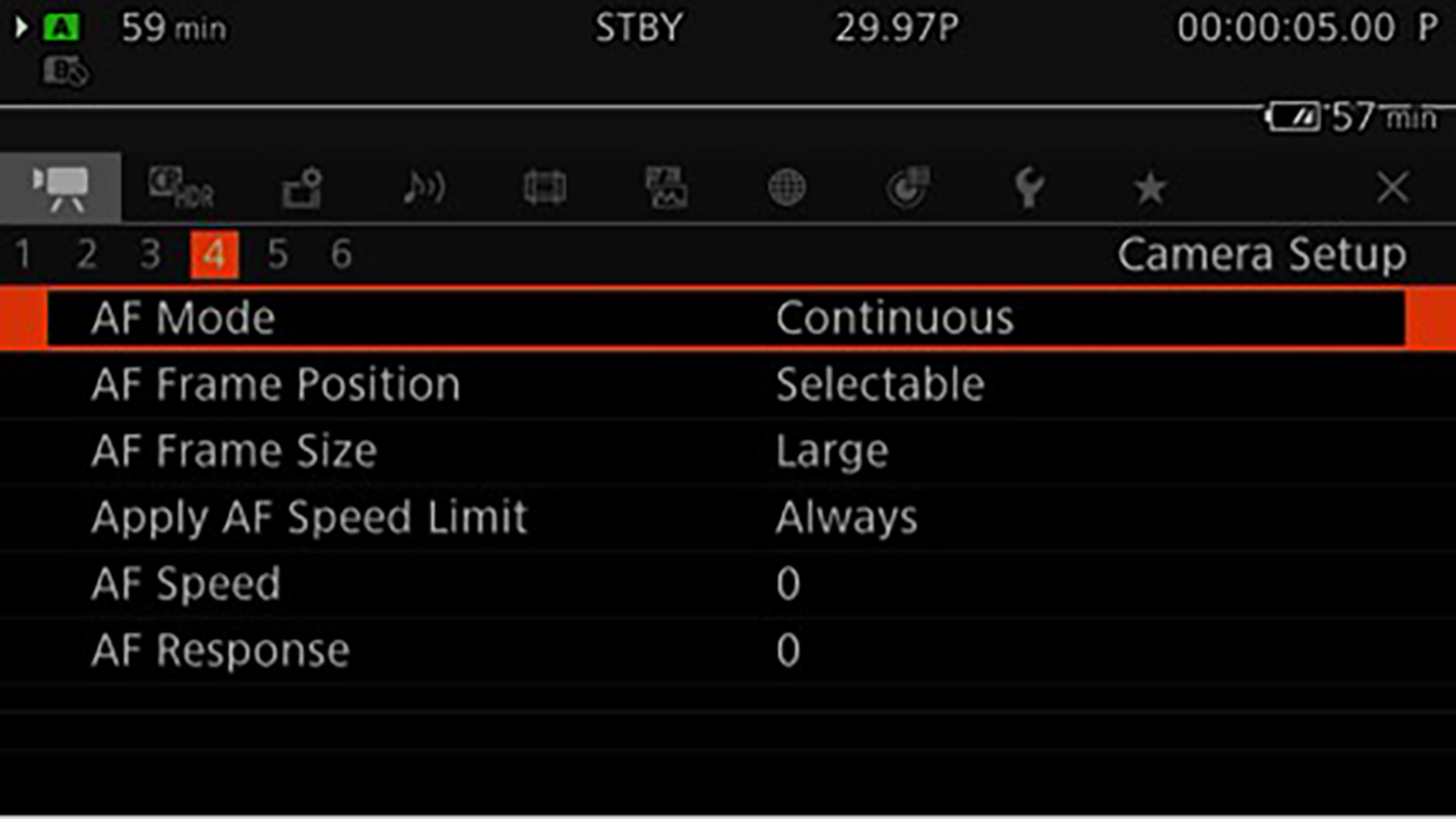 The EOS C200 also has the same impressive Dual Pixel Autofocus functions as the EOS C700, including the dual Focus Guides, but goes a step further, perhaps, with the ability to control focus via the touchscreen monitor.

The EOS C200 is sure to find its way into all levels of productions. But arguably what is most exciting is the camera’s capability to grow with its user. What starts as an investment to shoot your first web series also has the technical capability to shoot your dream theatrical release feature.