As both the industry and consumers begin to adopt 4K and UHD into their daily lives and diction, multiple conversations are beginning to form in parallel; “How will people consume UHD in their homes?” “What is the 4K Standard?” “What comes next?” Those are just some of the questions you can hear buzzing around the conferences and technical seminars. However, one of the most prevalent topics that comes along with the discussion of UHD is color space.

For a lot of us in the filmmaking community, color space is either an entirely new concept or a distant idea not given much attention to up until now. The reason for that lies in our HD-past. Cameras like the EOS C300, DSLRs, and broadcast cameras, in reality had only one color space. So, little attention was paid to it, and filmmakers just accepted their given color space as an ultimate fact. Color Space is a relatively simple concept at its core. The basic idea behind color space is “how red are my reds, how green are my greens, and how blue are my blues?” This has been a limitation of both the HD cameras and HD displays of the past. Devices like laptop screens, televisions, and projection systems all have set color spaces that try and replicate human perception of color as closely as possible, within their technical limitations. The standard in color spaces for consumer devices over the last decade has been ITU-R BT.709, or more commonly referred to as Rec.709. In the chart to the left, it’s clear just how small of a segment of a human’s perception of color BT.709 actually represents.

As technology pushes forward though, a new color space is being introduced that will allow consumers to view much more vibrant and truer colors on their home devices. However, to go along with this wider color space being introduced on TV’s and other devices, we are going to need cameras that can actually capture and encode more colors, and that’s where the EOS C300 Mark II comes in.

BT.709: The Standard in HDTV. Most televisions, home projectors, and computer displays are designed to show colors within the BT.709 space. This is the recommended space when shooting for HD Broadcast or Web Video Content.

DCI-P3: The Standard in Theatrical Projections. Theater Projection systems can show a wider range of colors than consumer displays, so when filming something with the intent of finishing to DCP (Digital Cinema Package), DCI-P3 is the recommended minimum color space.

BT.2020: Set to be the standard in Ultra HD, just like BT.709 is the standard for HD. Whenever capturing 4K or UHD content, this is the recommended color space. Although currently very few televisions support this standard, so projects may still need a BT.709 pass.

Cinema Gamut: An incredibly wide color gamut, this is a Canon proprietary space that captures more colors than any current display technology can replicate. It encompasses the colors of all known film-stocks. This is recommended for use when content is being finished to multiple formats and future proofing is desired. 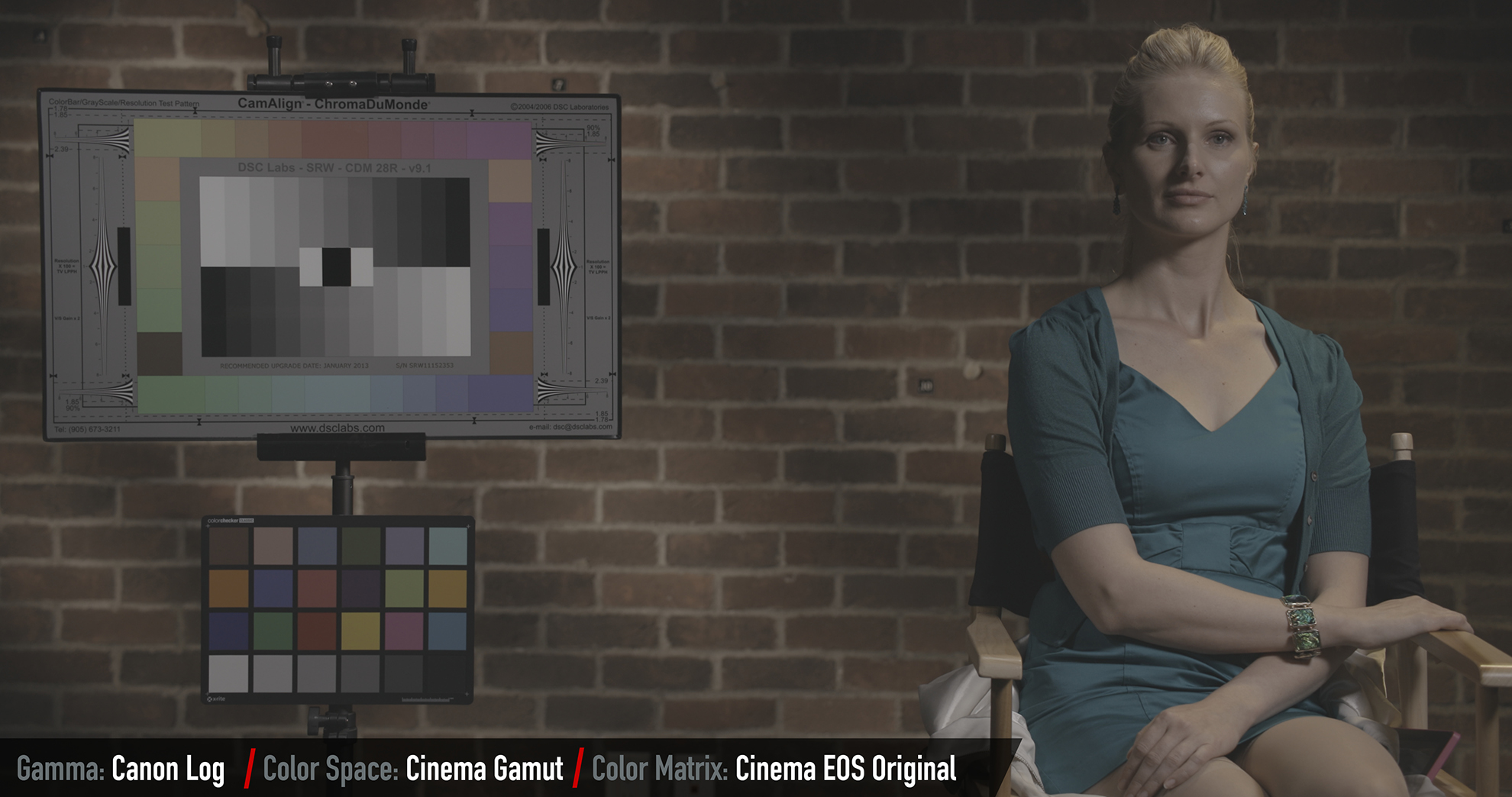 Now, with all that said, these recommendations are just that, recommendations. An important note is that the colors captured in the larger color spaces like Cinema Gamut or BT.2020 can in some cases be “squeezed” and modified to fit into any of the smaller spaces. We could shoot 1920x1080 in BT.2020 or Cinema Gamut, and there won’t be anything technically wrong with that image. Not only that, but in some cases this pairing is actually preferred - granted additional time in post can be allotted for the extended color management.

So let’s look at that. What could we be gaining by shooting Cinema Gamut in say 1920x1080 even though most HD delivery formats can only show us BT.709? There are quite a few reasons actually. By shooting HD in Cinema Gamut, we will have the ability to make optimal versions of our work for all different delivery formats in post-production. Since Cinema Gamut encompasses all of the current standard color spaces, we can make multiple passes of our project optimized for different platforms: a version with colors mapped to DCI-P3 for our theatrical projection premiere, a version in BT.709 for HD web streaming, and even a version in BT.2020 to take full advantage of the color space on UHDTV’s even though the footage itself is not UHD.

So with that information you might feel that Cinema Gamut is the right choice for any production, better be safe than sorry, bigger is better, all that jazz, right? Well, there is one major consideration that must be taken into account when shooting Cinema Gamut. Since the space is so large and the RGB primaries are so wide, when looking at ungraded Cinema Gamut on a BT.709 panel, such as a computer display, the image appears drastically de-saturated. Which makes perfect sense - reference the CIE chart above and you can see BT.709 is only showing us about 40% of the colors that Cinema Gamut has captured. The colors are still there and captured of course, but our screens just can’t show them. The image would be like someone has turned the saturation level of your footage down over half! Check out the two images below. 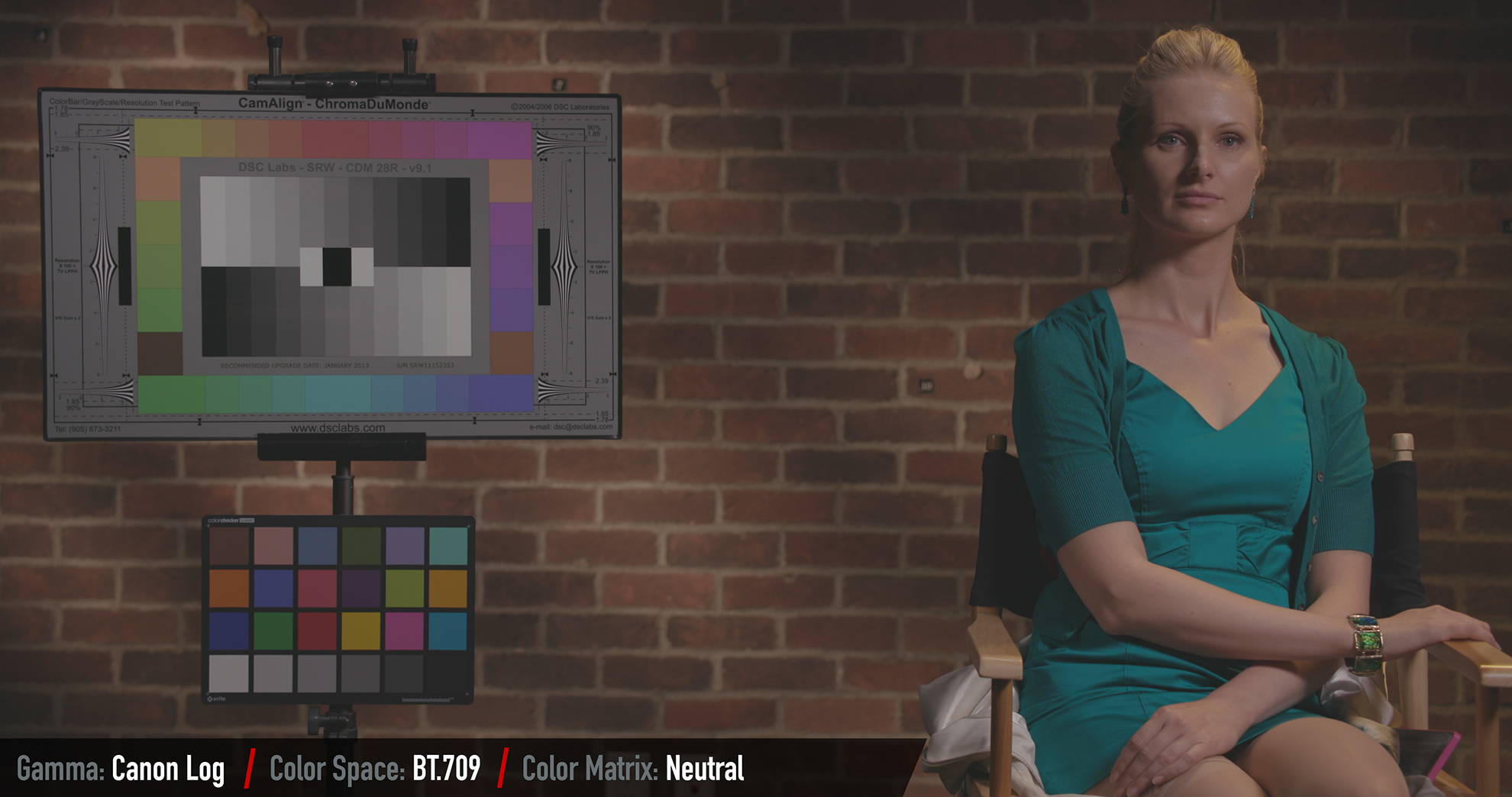 So that brings me to the biggest factor to consider: Cinema Gamut footage always requires color grading. A professional Colorist wont have any problem utilizing Cinema Gamut, but the one-stop-shop shooter/editor/colorist that many filmmakers have become might find that they may not be able to properly reap the benefits of shooting in Cinema Gamut when compared to something like BT.2020. To get the most from Cinema Gamut, it is ideal for content to be graded on a display that can properly show all of the subsequent color spaces - BT.2020, DCI-P3, and BT.709 - such as the Canon DP-V2410 and DP-V3010. That way, the Colorist will have a proper reference of what the final image will really look like on all of the varying formats the content could be displayed on.

Choosing which color space to capture is as important as choosing a resolution, and incidentally it requires a lot of the same line of questioning. “Where will my footage be seen?” “What’s the longevity of my content?” “How much time do I have in post production?” -- All are important questions when making these decisions for your next project.

Whether you are producing a vignette for a local broadcaster, a nature documentary with 4K deliverables, or a narrative style feature film, the EOS C300 Mark II has looked far into the future to assure all of your needs are met.