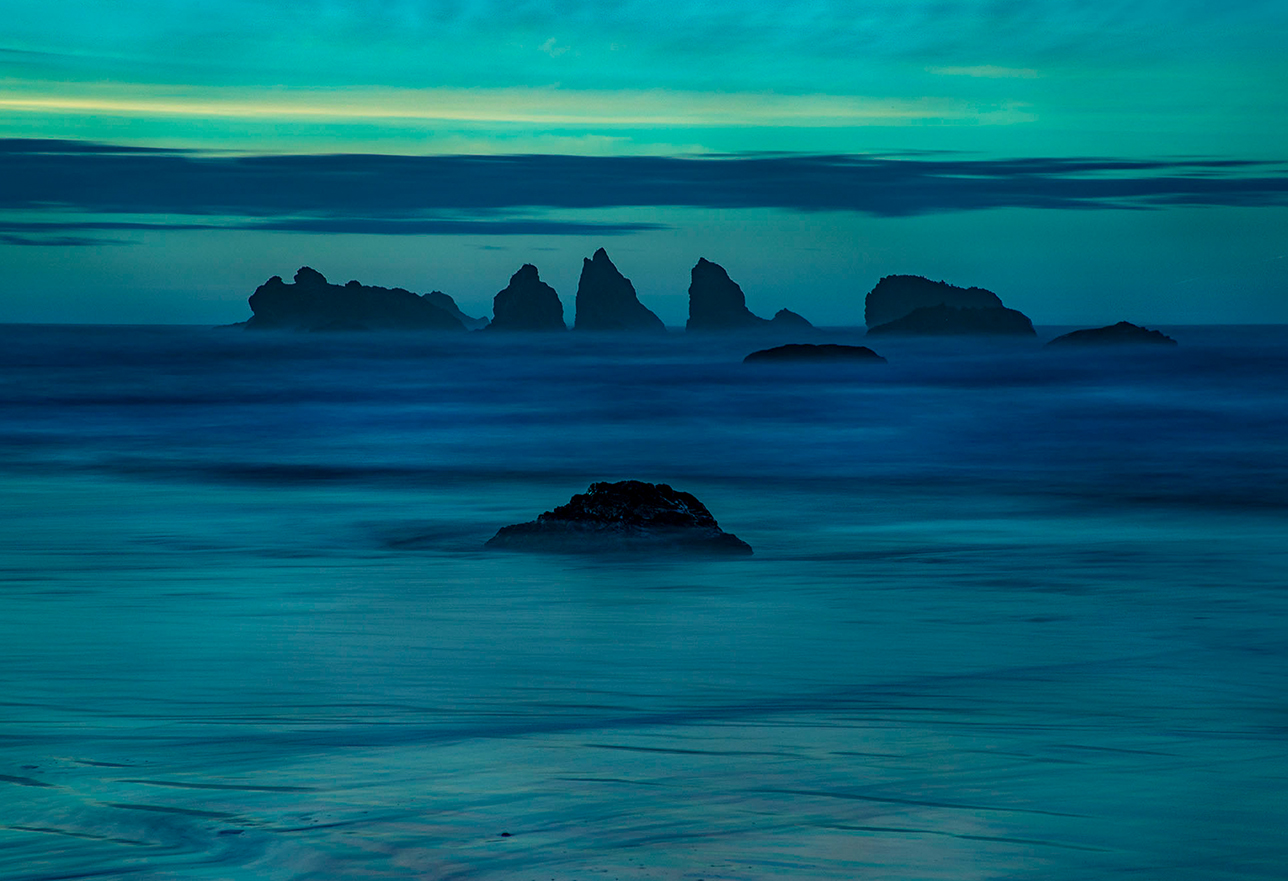 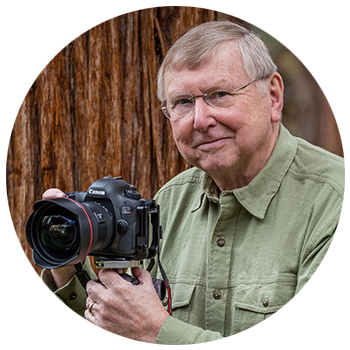 "The night was cold, and damp, and gorgeous—a very satisfying ending to a beautiful and busy set of days at the amazing Oregon coast"

Oregon’s scenic coastline is especially dramatic in the winter months, when storm surge and stronger tides generate huge, crashing waves over rocky shorelines and flowing tidal streams through complex volcanic rock formations. The area also hosts a variety of marine mammals, including several whale species and communities of sea lions and seals. It’s a beautiful region, filled with creative opportunities and technical challenges for photographers. That’s my favorite environment, so when a break in the weather showed up in early January, I packed up my new Canon EOS R camera with its dedicated RF 50mm F1.2 L USM and RF 24-105mm F4 L IS USM lenses, along with all my EF glass, and headed west. 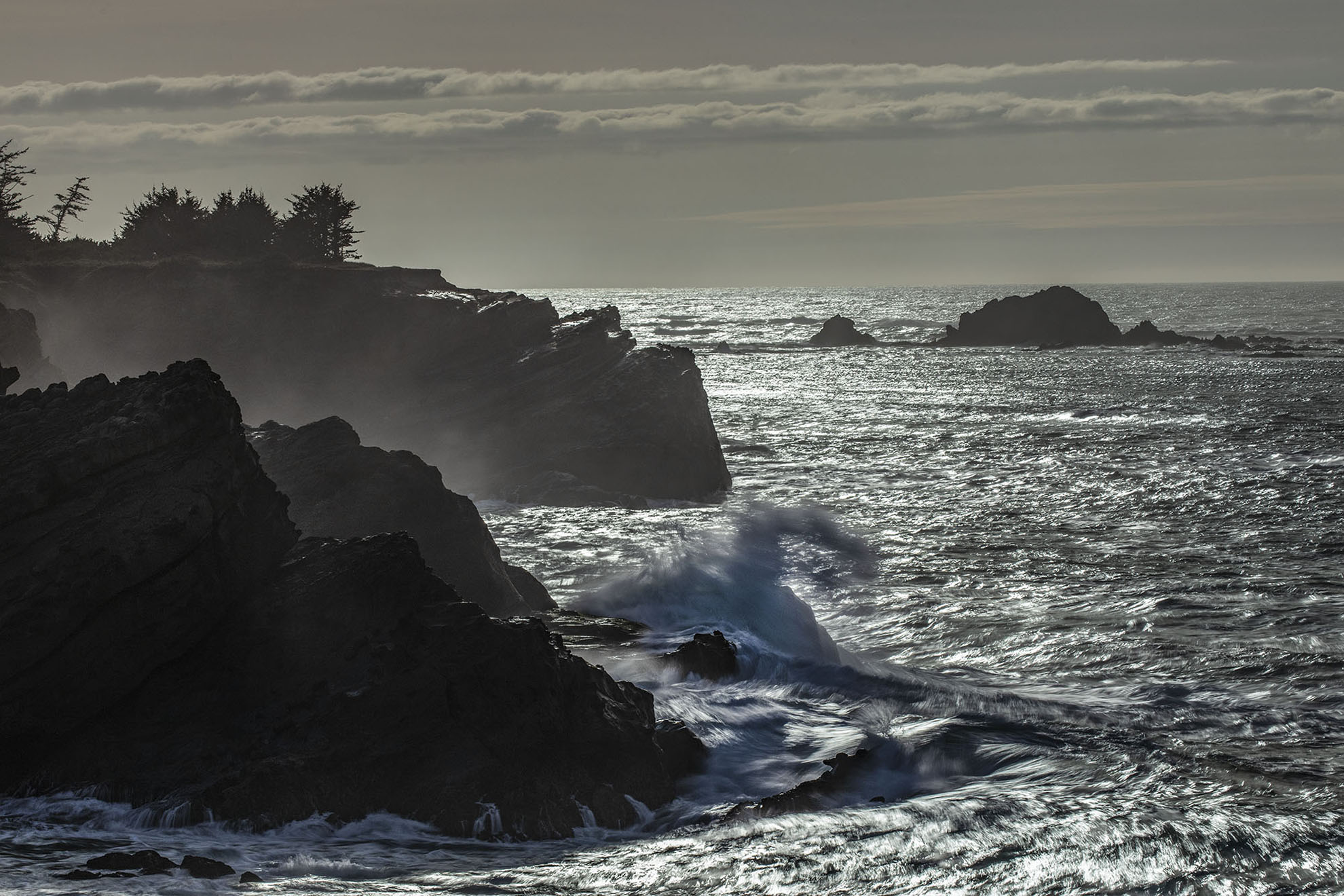 Light, color and motion—the very characteristics that make the ocean so appealing as a photographic subject—are the same elements that make it difficult to capture. You want to convey the motion of the waves, but how do you accomplish a long exposure in such bright conditions? The rock formations are wet and shiny, so how do you photograph them without distracting reflections? You want to emphasize the brilliant colors of the sky and the sea, but moisture and scattered light tend to diffuse them.

The solution to these problems is to add either a polarizing filter (to mitigate reflections) or a neutral density filter (to reduce the intensity of light and slow exposure). In the past, we’ve carried such filters in a variety of sizes and configurations to add to the front of our assorted lenses, with varying levels of success dependent upon the quality of the filter and capabilities of the lens. The EOS R system takes a different approach with the new Drop-in Filter Mount Adapter EF-EOS R that serves as a seamless connector for all of my existing EF lenses to the mirrorless camera system, while placing either a clear filter or a one-size-fits-all polarizing filter or variable neutral density filter at the back of the lens.

For example, I particularly like my EF 11-24mm f/4L USM lens for landscapes because it gives me dramatic extreme wide-angle views, but it has a domed front element, so neither a polarizer nor neutral density filter is practical to add to the front of the lens. At the other extreme, I often use the EF 100-400mm f/4.5-5.6L II to isolate wave movements and capture complex rock formations, and I carry polarizing and neutral density filters that are specific to the thread sizes of the front of that lens. But both of these lenses work perfectly with the EOS R using the Drop-in Filter Mount Adaptor and one of the three interchangeable filters.

A polarizing filter eliminates light scatter by blocking certain kinds of light waves from reaching the camera’s sensor, thus reducing glare, eliminating atmospheric haze, and enhancing color. These capabilities are especially useful in landscape/seascape photography, adding depth and richness to the composition. A circular polarizing filter can be rotated by the photographer to organize the light stream in the most effective manner for the conditions, a process that can be evaluated in the viewfinder. The light lost through polarization (approximately 1.5 to 2 stops) is typically mitigated by the camera’s automatic exposure capabilities. 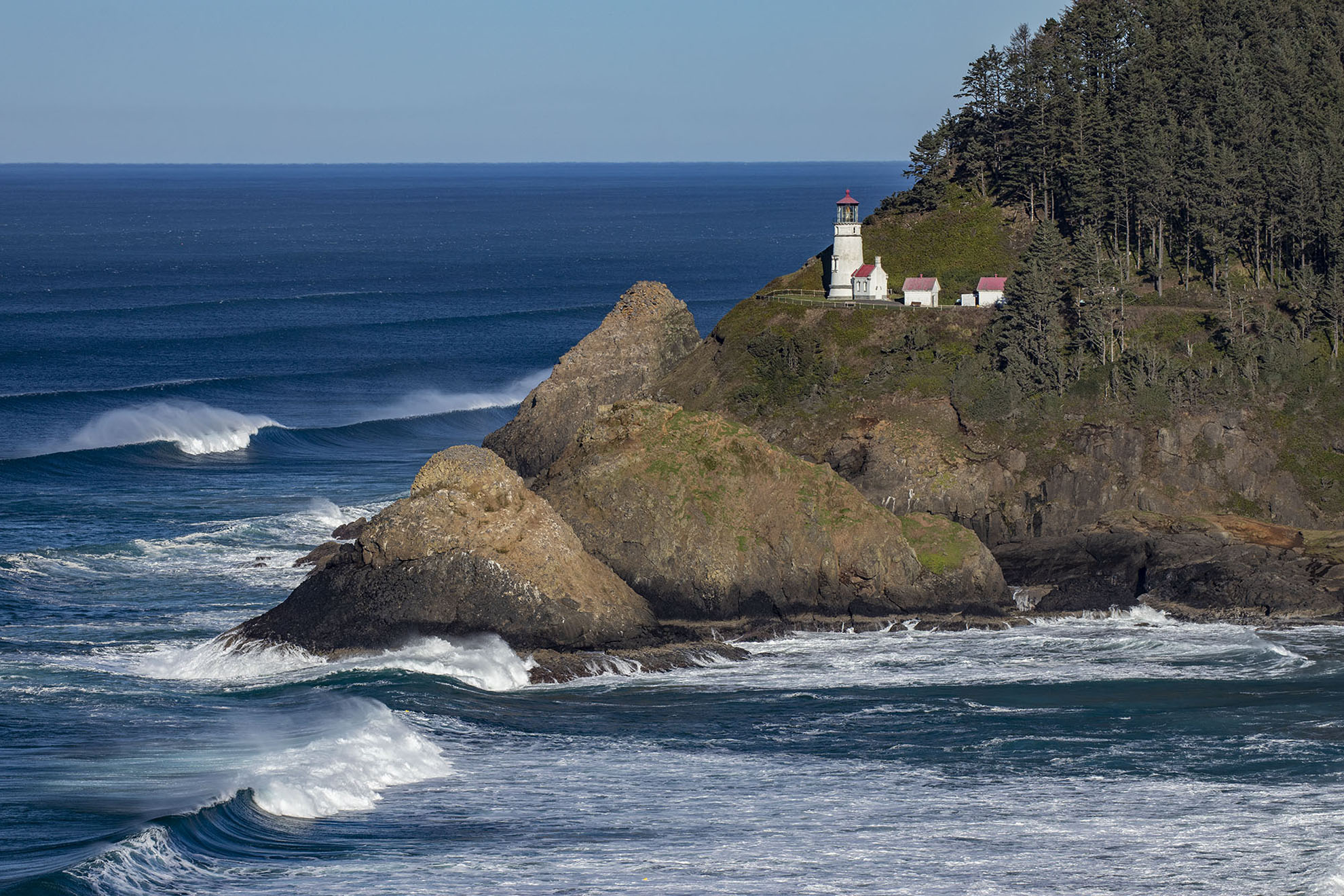 When working with moving water such as river rapids, streams, waterfalls and waves, I like to slow it down to convey the softness and motion that are so fascinating. This means extending exposures, which may be especially difficult on a bright day. There is great benefit to using a variable ND filter as opposed to one of a single, fixed density: the photographer can choose the desired shutter speed, the optimum f-stop, and a quality-inducing ISO, and then adjust the filter with its dial at the back of the lens to achieve optimum lighting for the setup. When photographing moving water, I often prefer a shutter speed of 1/4 to 1/8 second, which conveys the motion while preserving detail. I might choose a large f-stop to throw the background out of focus, or stop down to f/16 to maximize depth of field. The ISO setting would ideally be around 100 to 200 ISO for optimum quality. Even when using the EF 100-400mm f/4.5-5.6L II lens zoomed all the way to 400mm, with the EOS R filter system I have seen none of the loss of quality often experienced with front-mounted ND filters. 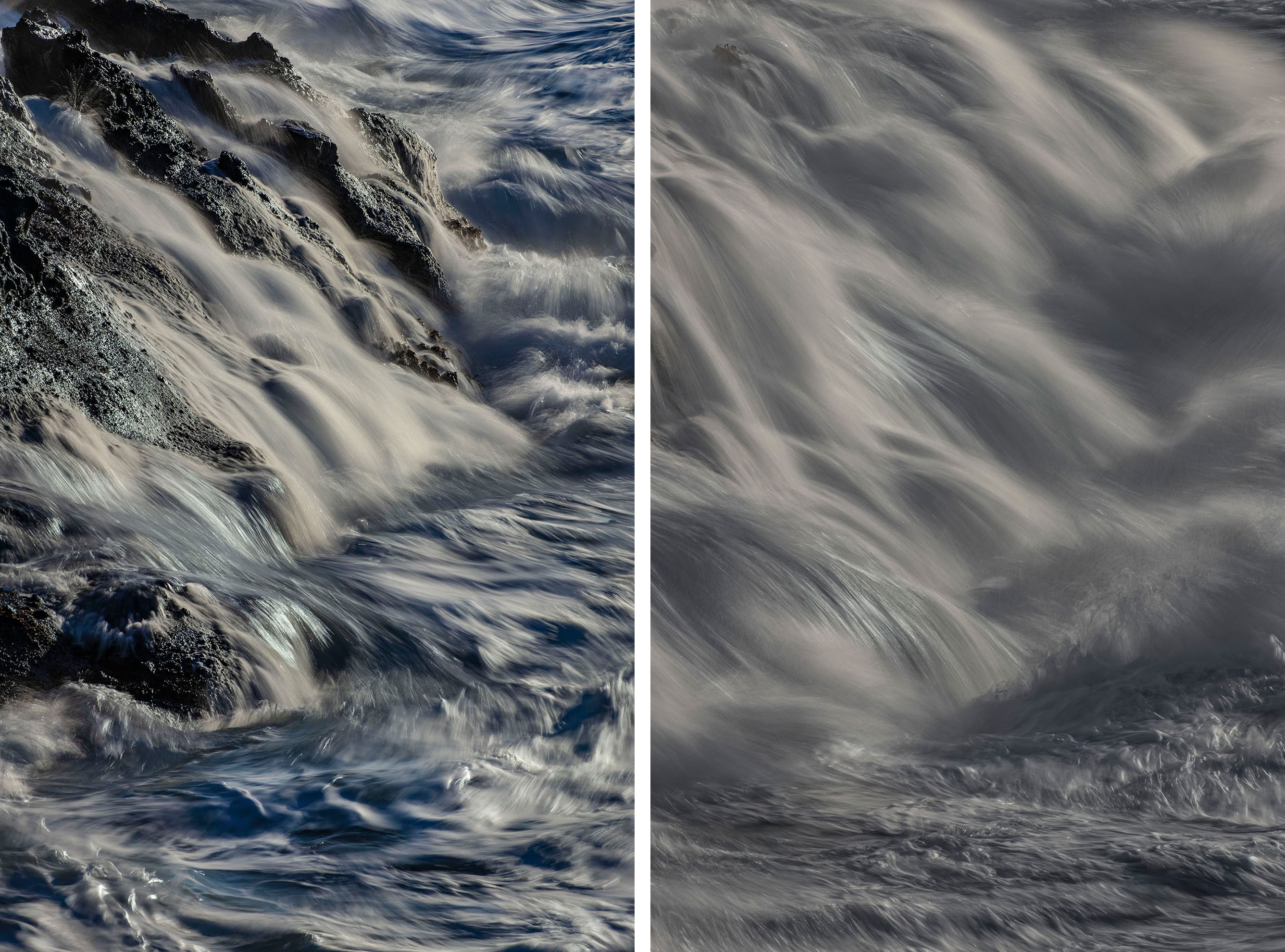 The Canon Variable ND Filter A has a neutral density range of 1.5 to 9 f-stops, allowing for a complete array of exposure modification. Be aware that using larger amounts of ND (ND 250 and above) may add a blue tinge to the image. But that, too, can be used to advantage. 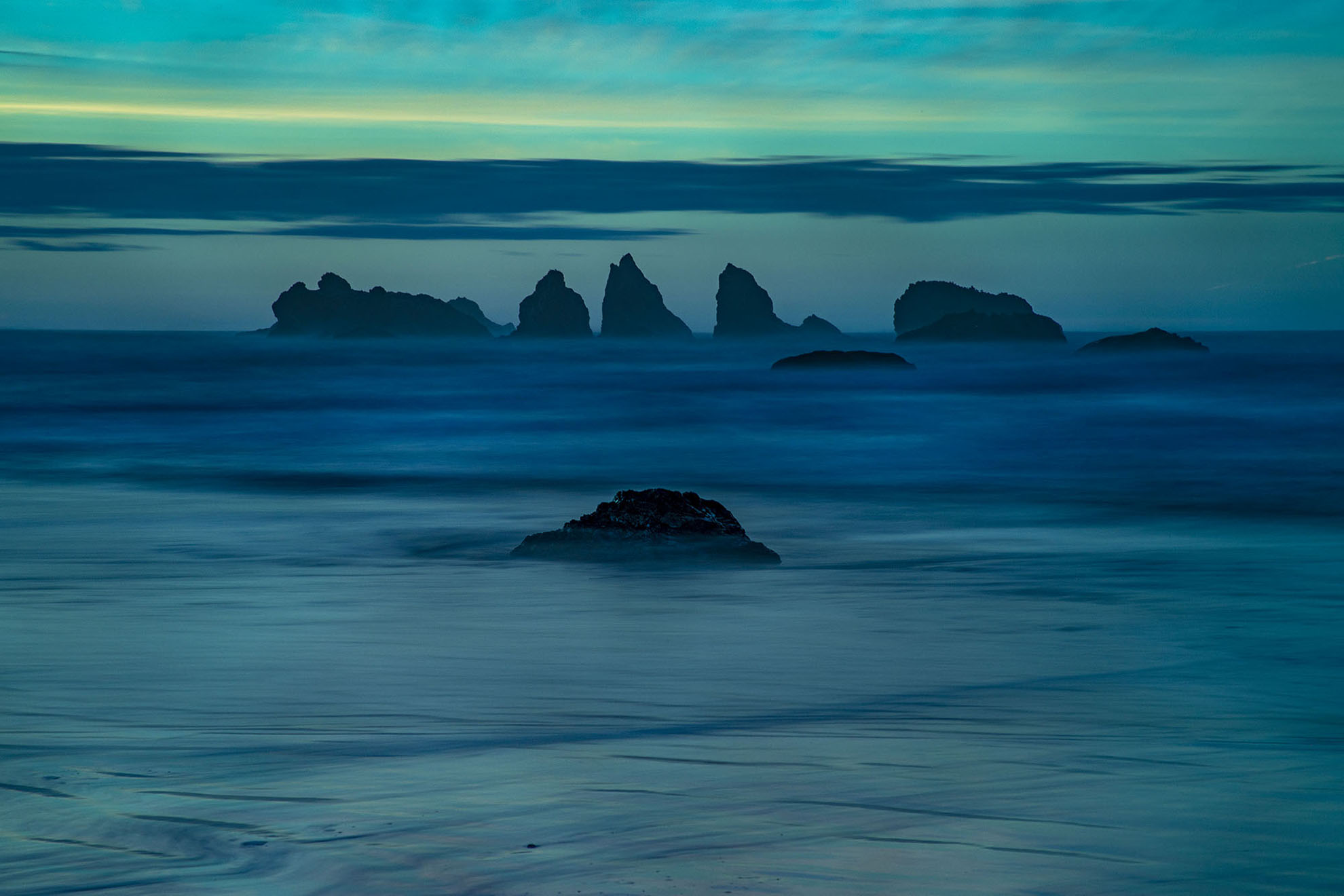 This image intentionally exploits the blue tinge that can be experienced when taking neutral density filter modification to extreme. The ND filter was rotated to its maximum setting while I used an exposure of 30 seconds at f/16 to soften the movement of the sea among the rock formations off Bandon Beach. Canon EOS R with EF 24-105mm f/4L II lens, 30 sec. @ f/16, ISO 320.

Large waves are fascinating and dangerous subjects—especially at close proximity—and their power is effectively conveyed by sharp, stop-action captures. Along the Oregon coast, many vantage points offer great views of the crashing surf. To photograph without putting myself in peril, I employed my new EF 600mm f/4L III telephoto lens with the Extender EF 2x III for a long reach of 1200mm. A sturdy tripod is a necessary accessory with this setup, as is a good ball head or gimbal head for stable positioning. I went for fast shutter speeds to stop the wave action and a reasonable f-stop to allow some depth of field, firing in rapid sequences of 5fps as the waves formed so that the best composition could be edited from the group later. In this case, I wanted to exploit all available light, so I used the clear filter in the Drop-in Filter Mount Adapter that seamlessly matched my EF lens to the EOS R. 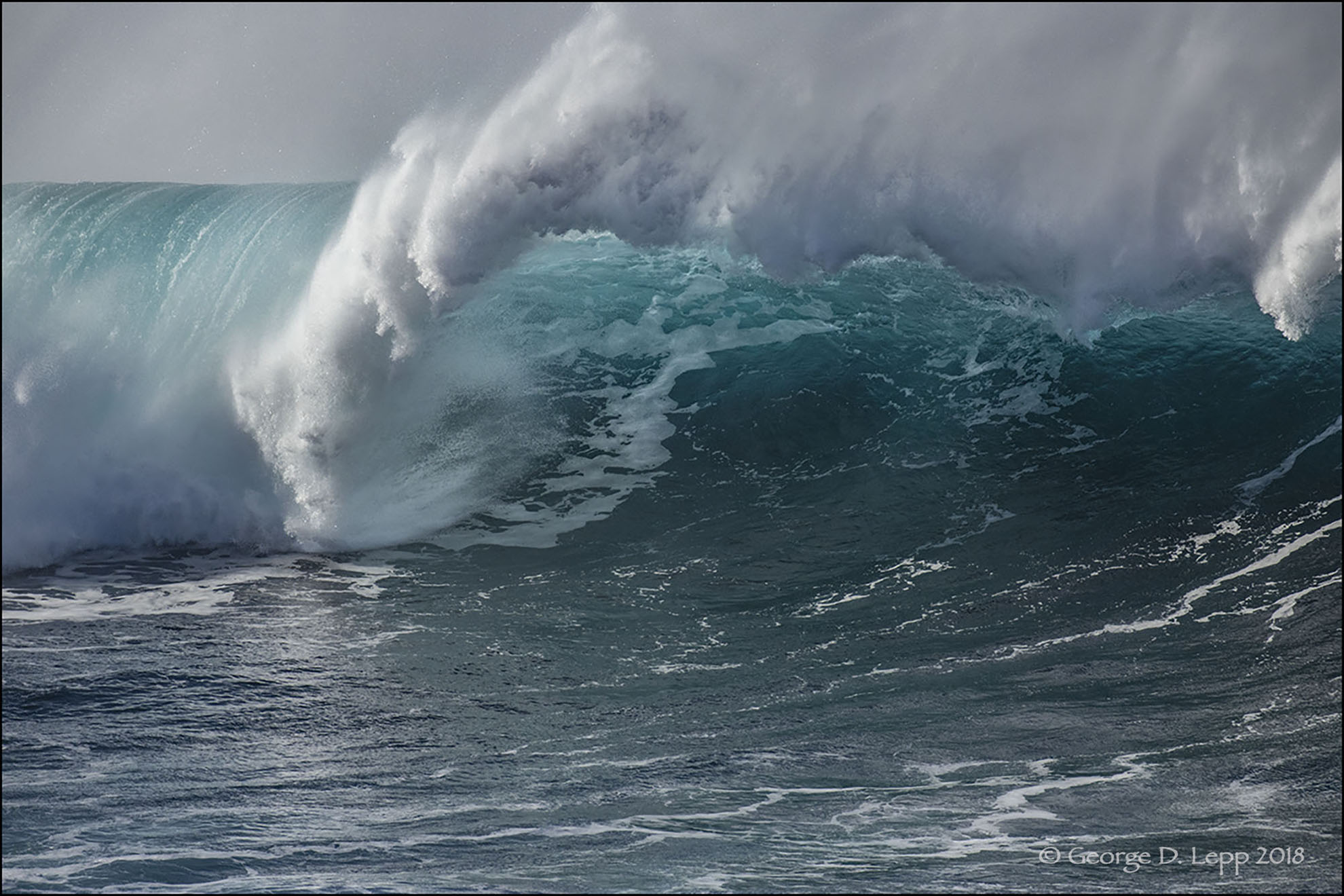 Using a long telephoto lens to look down the wave as it forms is almost like surfing without getting wet. For this shot, I used the Canon EOS R with the EF 600mm f/4L III and EF Extender 2x III (1200mm effective focal length) and captured at 1/2000 sec., f/8 and ISO 800 to stop the action.

But you don’t always need 1200 millimeters to capture designs in the surf. From a headland above the action, I looked for patterns in the waves as they passed by me. 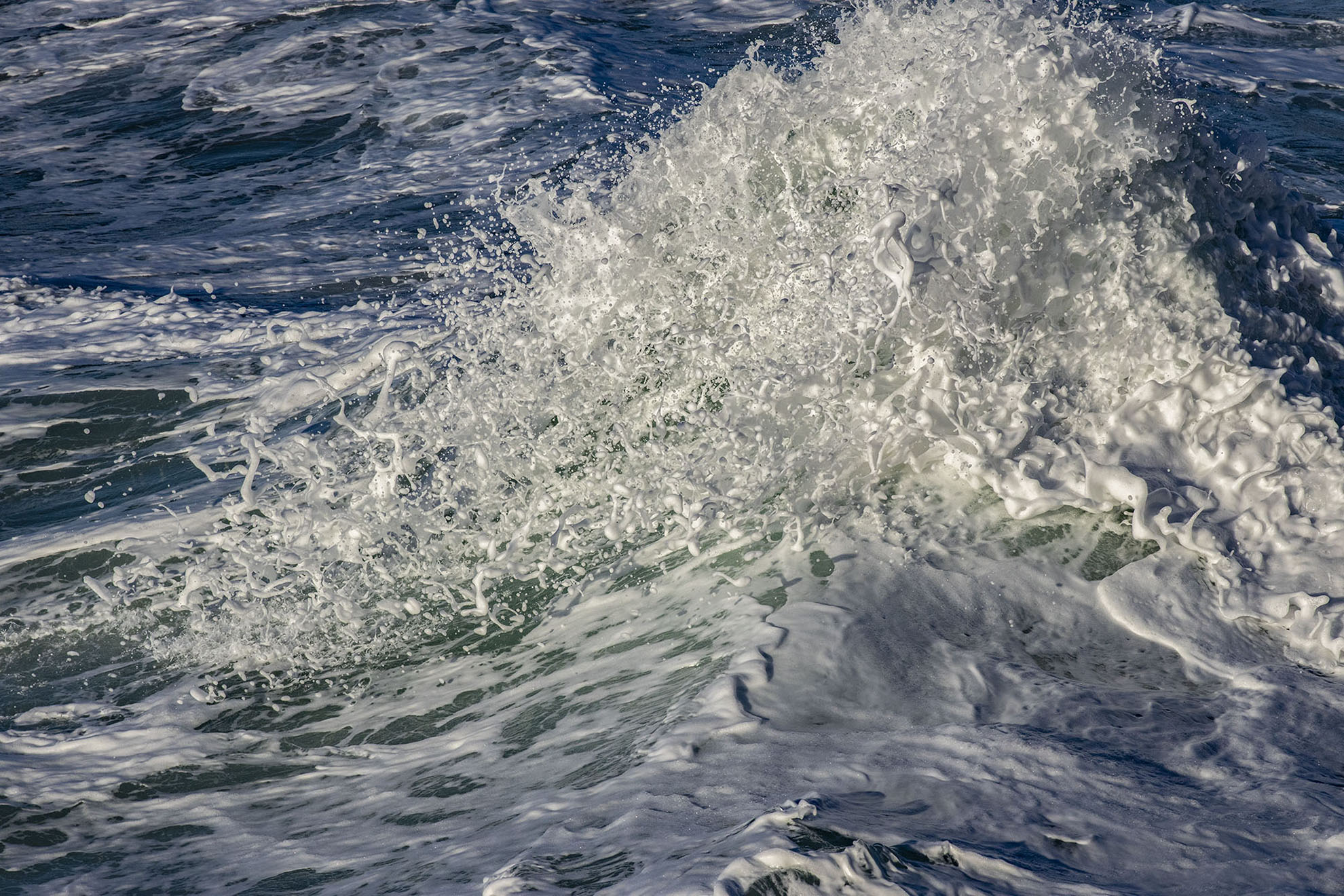 A 1/2000 second exposure stopped all the intricate forms in the foam as this wave splashed back on itself. The Canon EOS R with an EF 100-400mm f/4.5-5.6L II set to 400mm reached out and caught all the details, and an aperture of f/16 with ISO 1600 gave sufficient depth of field and detail while allowing the fast shutter speed to freeze the action.

California sea lions, Steller sea lions, and harbor seals are often seen along the Oregon coast, gathering in noisy groups on shorelines and offshore rocks, and occasionally on docks in busy harbors. Depending upon their environment, the tools needed to photograph them ranged from a medium zoom lens that yielded head and shoulder portraits, to a long telephoto with extender. The EOS R’s electronic viewfinder worked well for these feisty subjects, allowing me to choose the best positioning of ambient lighting, and for action captures I fired many bursts at 5 fps. 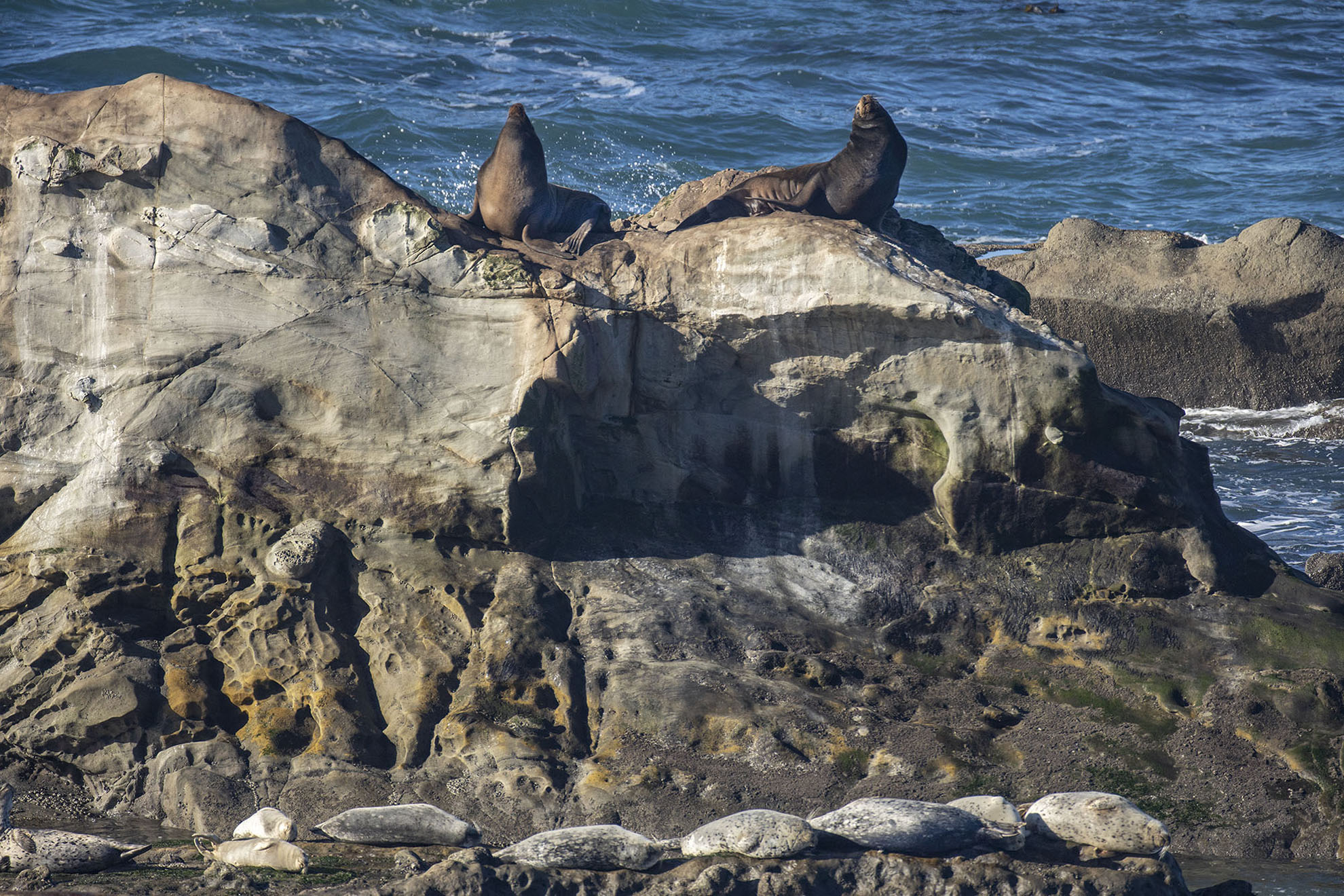 On a day of rough seas, sea lions and harbor seals gathered on rock formations off Cape Arago State Park. The big male sea lions at the top are vocalizing so loudly that they can be heard from shore, above the sounds of crashing waves. They were so far from my vantage point that I needed the EF 600mm f/4L III with an EF 2x III extender (1200mm) just to get the basic image. EOS R, 1/1500 sec. @ f/8, ISO 800. 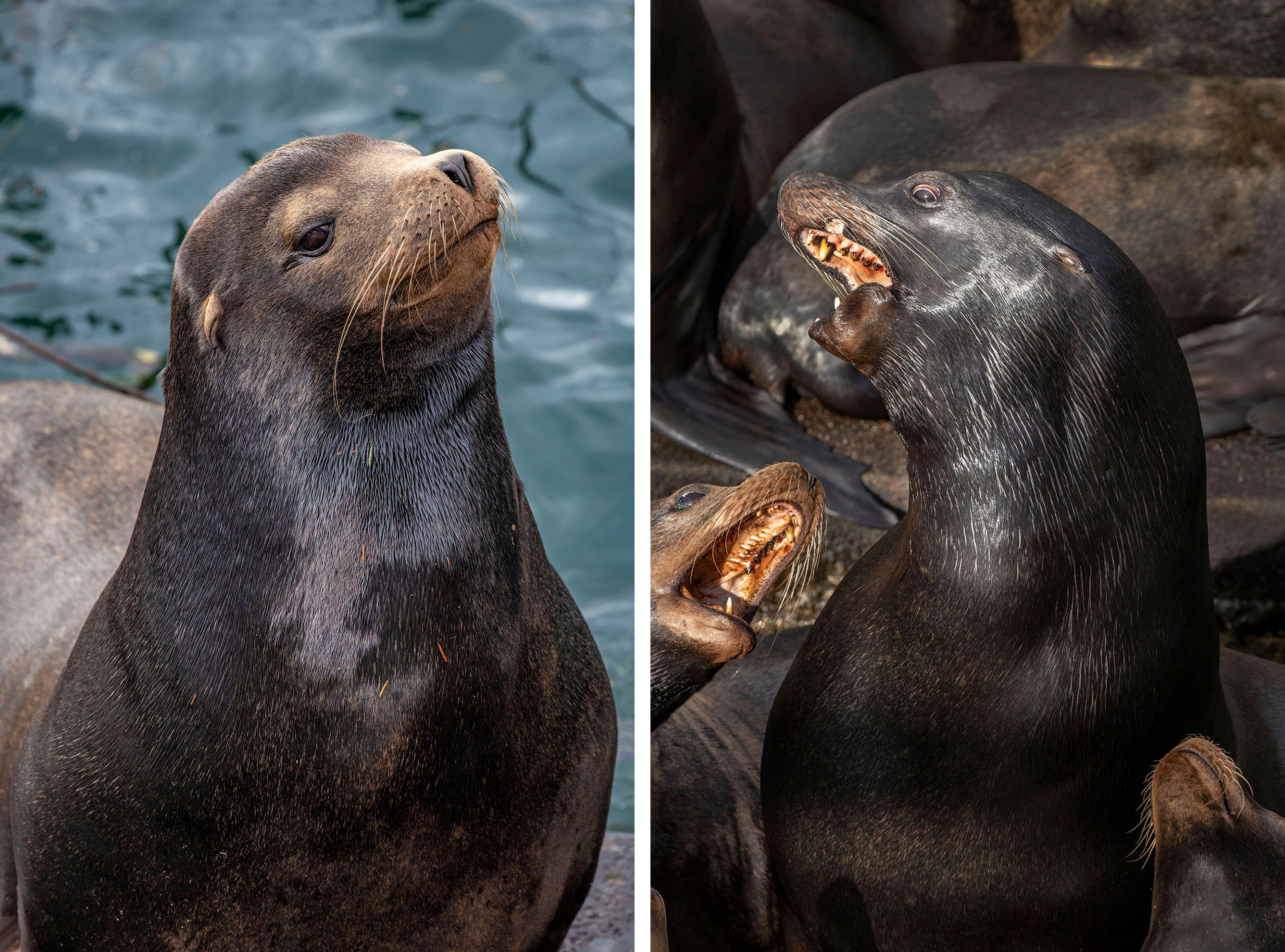 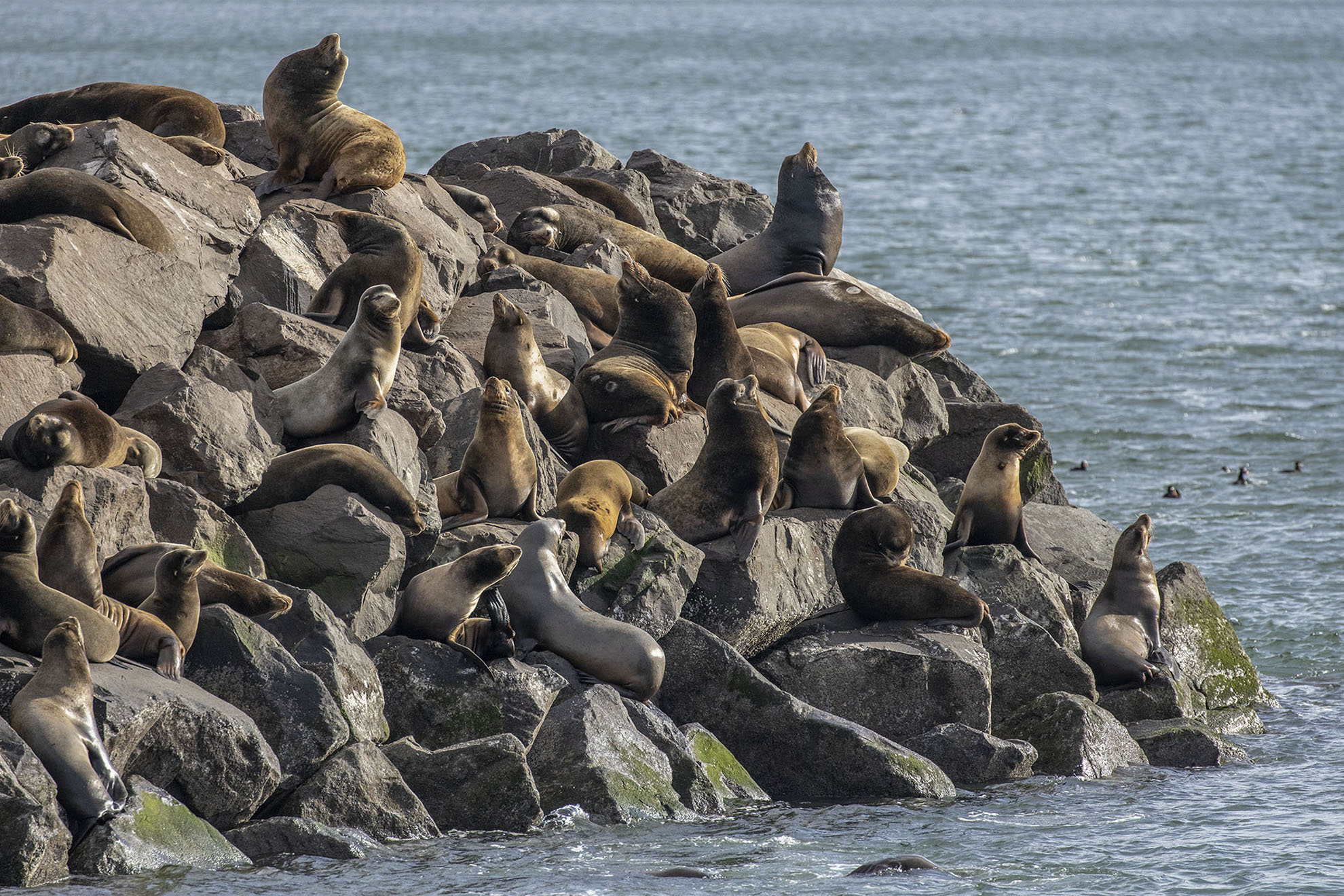 The relentless eroding effect of crashing, streaming waves on rock formations along and adjacent to the shoreline has created fascinating designs that I was eager to photograph. Here’s where the EOS R’s mirrorless body, electronic viewfinder, and excellent articulated rear LCD facilitated setup and composition. To fully convey the complexity of the formations, I used the RF 24-105mm lens and a focus-stacking technique that maximized depth of field and sharpness. 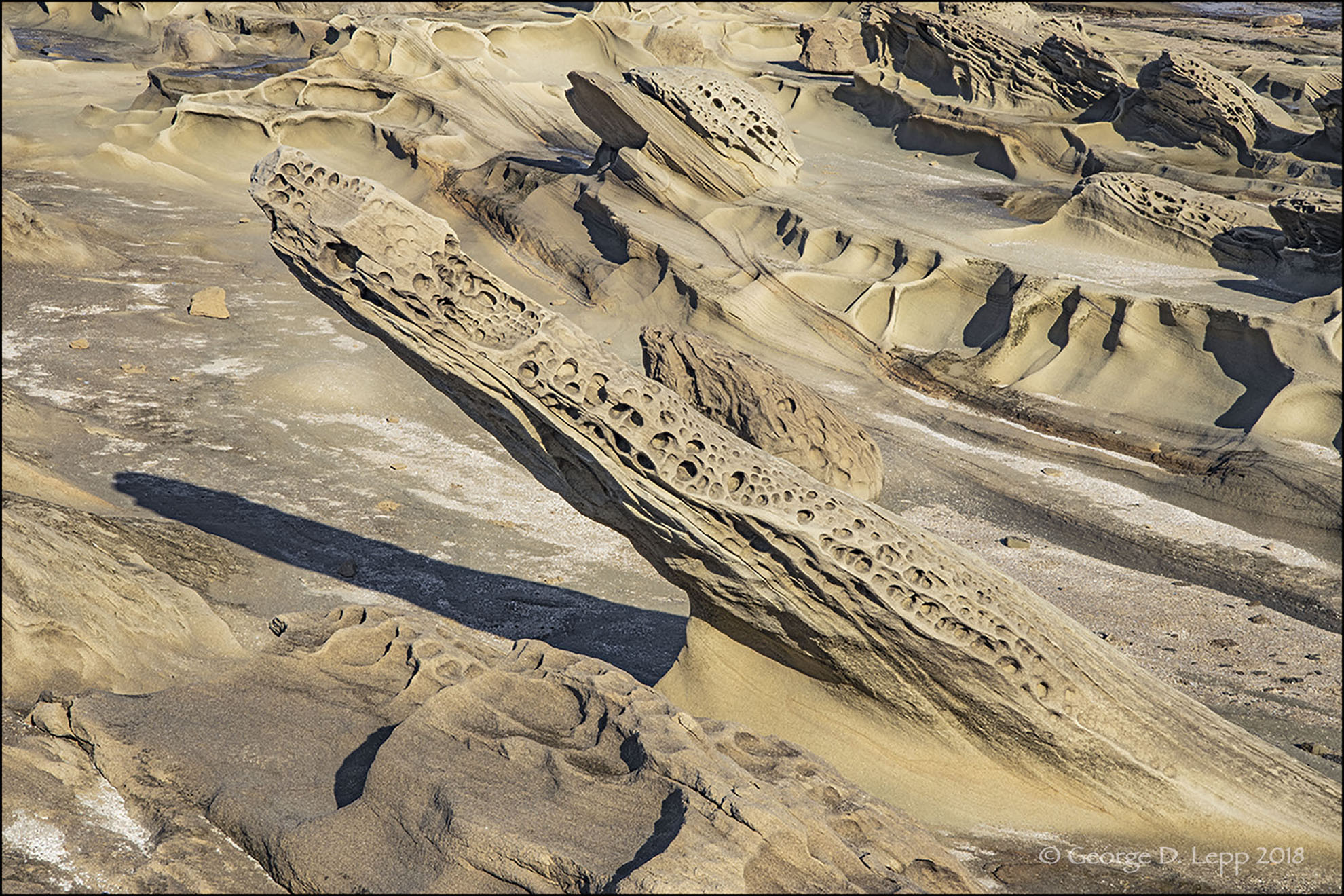 Over the millennia, the constant motion of crashing waves has formed intricate designs on the porous shoreline rocks at Shore Acres State Park. The extreme depth of field in this formation was attained by capturing 11 focus-stacked images from a tripod on site, and later assembling the series in post-capture software. Canon EOS R and RF 24-105mm F4 L lens @ 72mm; 1/250 sec. @ f/11, ISO 200. 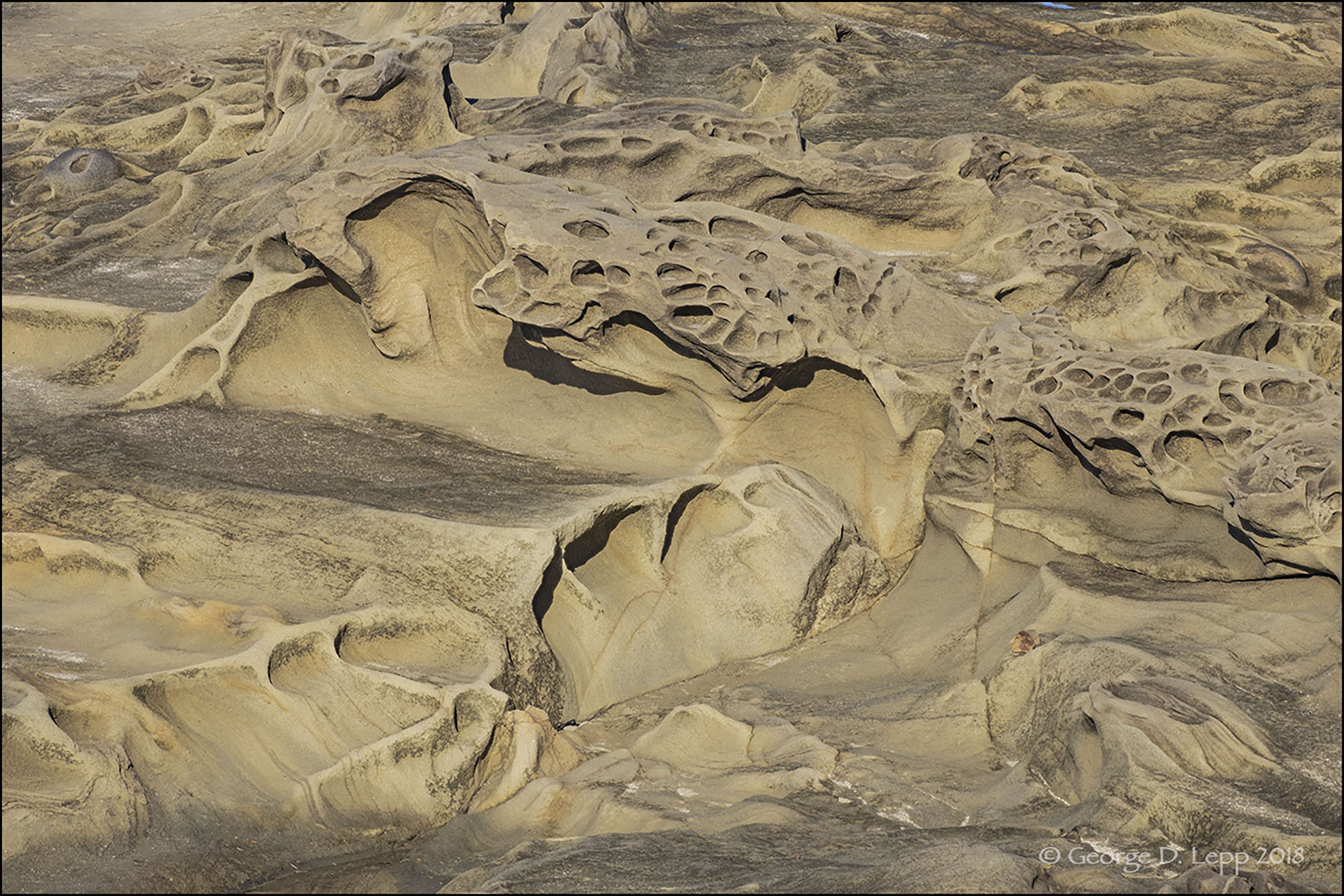 The EOS R’s dedicated RF 50mm F1.2 L lens is super-fast, so I’m always alert to dramatic low-light opportunities. One night I observed that light from buildings located on the cliffs above Bandon Beach threw beautiful color onto the shoreline, while a quarter moon cast glowing reflections on the rock formations and water. The EOS R really came through in this set of images, because with mirrorless technology the electronic viewfinder and the rear LCD convey the full exposure in real time, and in this instance it revealed the capture with a 15-second exposure at f/1.2. It was amazing! In dark conditions, the bright viewfinder helped with the composition and the focus, which was critical at f/1.2. To top it all off I was able to use ISO 200 for excellent image quality. 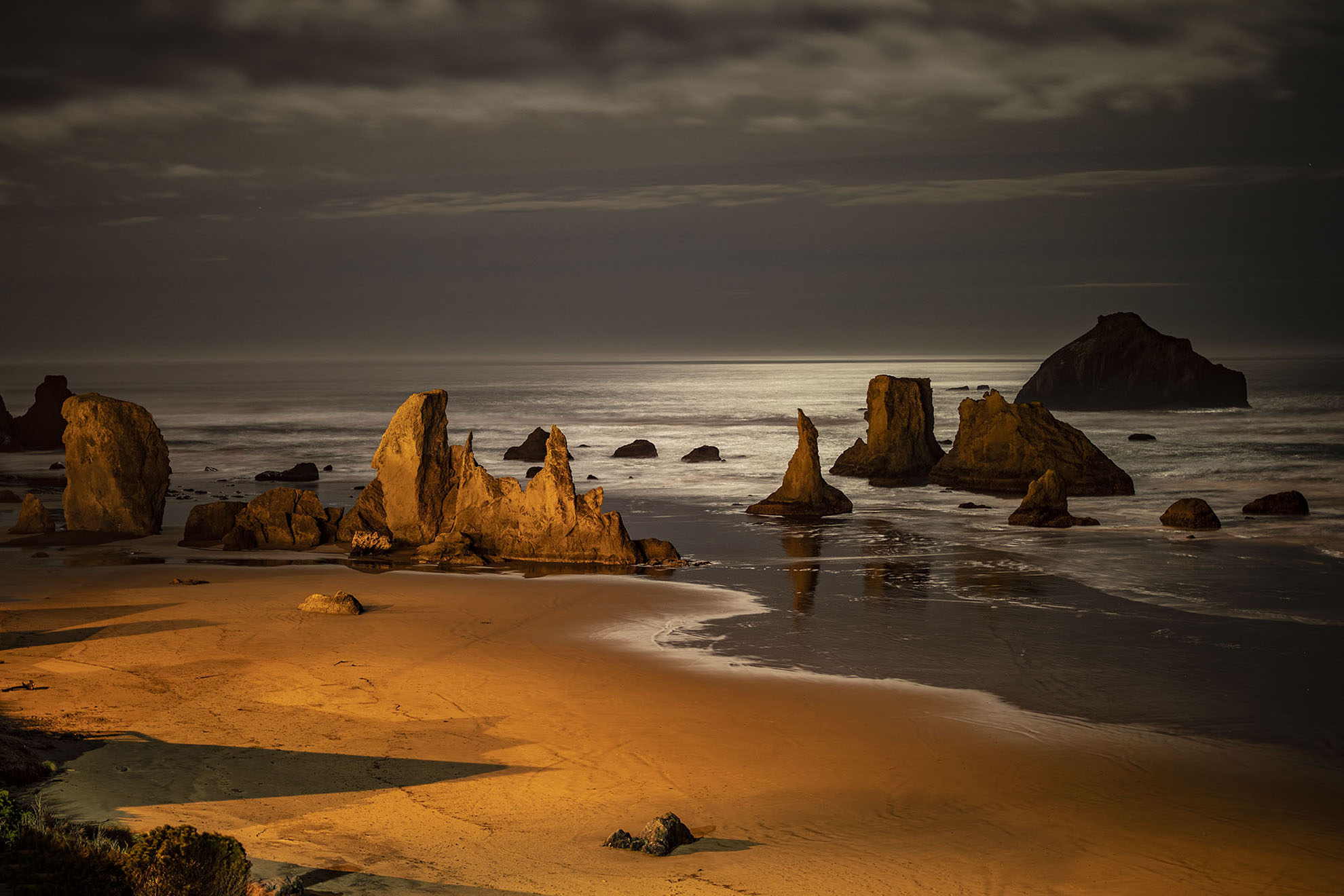 Bandon beach illuminated from buildings on the cliff above, with light on the water from a quarter moon. The warm color is due to the candescent or sodium vapor light sources. Canon EOS R with RF 50mm F1.2 L lens; 15 seconds @ f/1.2, ISO 200.

The night was cold, and damp, and gorgeous—a very satisfying ending to a beautiful and busy set of days at the amazing Oregon coast. I cannot wait to go back. 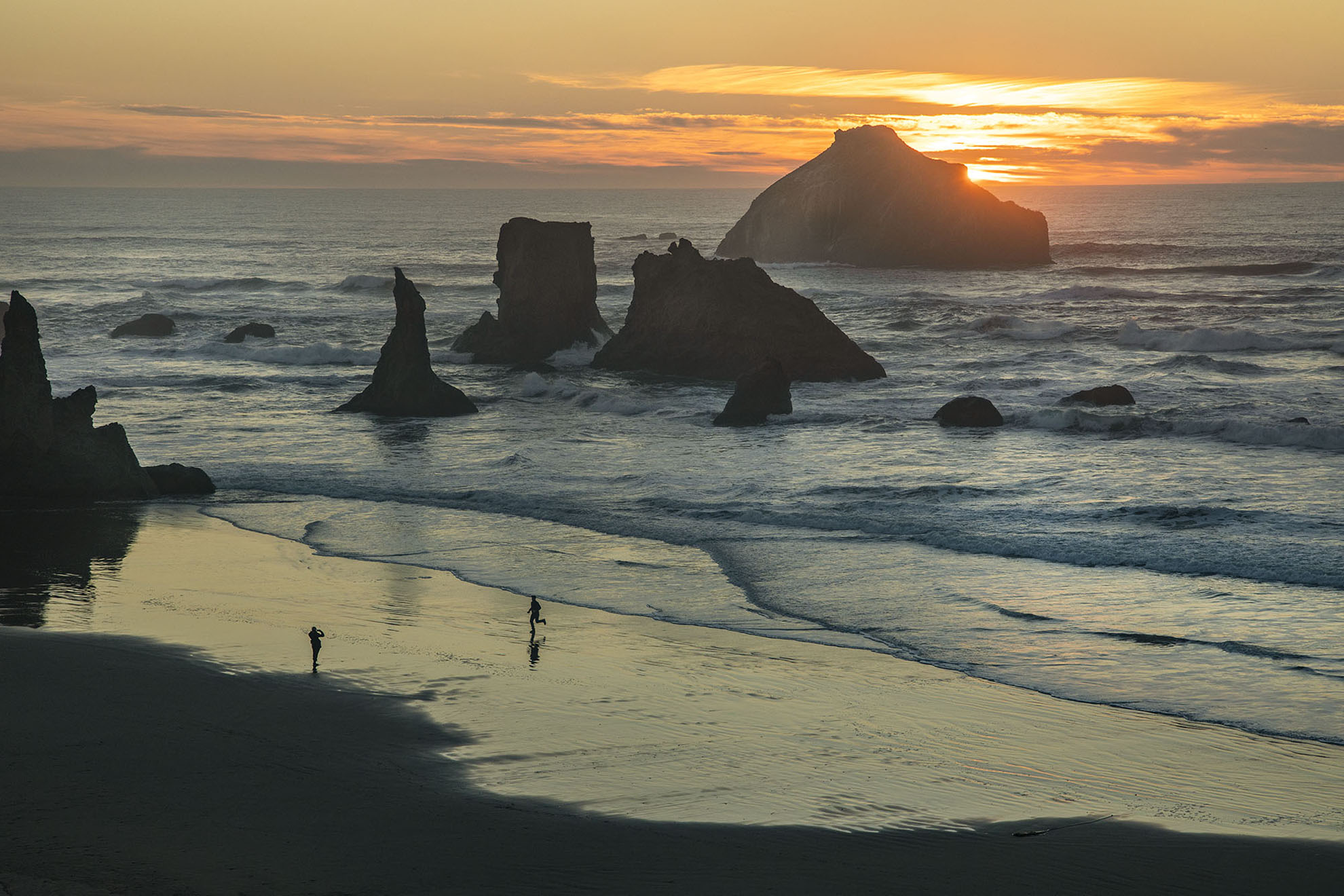 Photographing Wildlife from a Blind With the Canon EOS R Camera

Festival of the Cranes: Photographing Birds with the EOS R