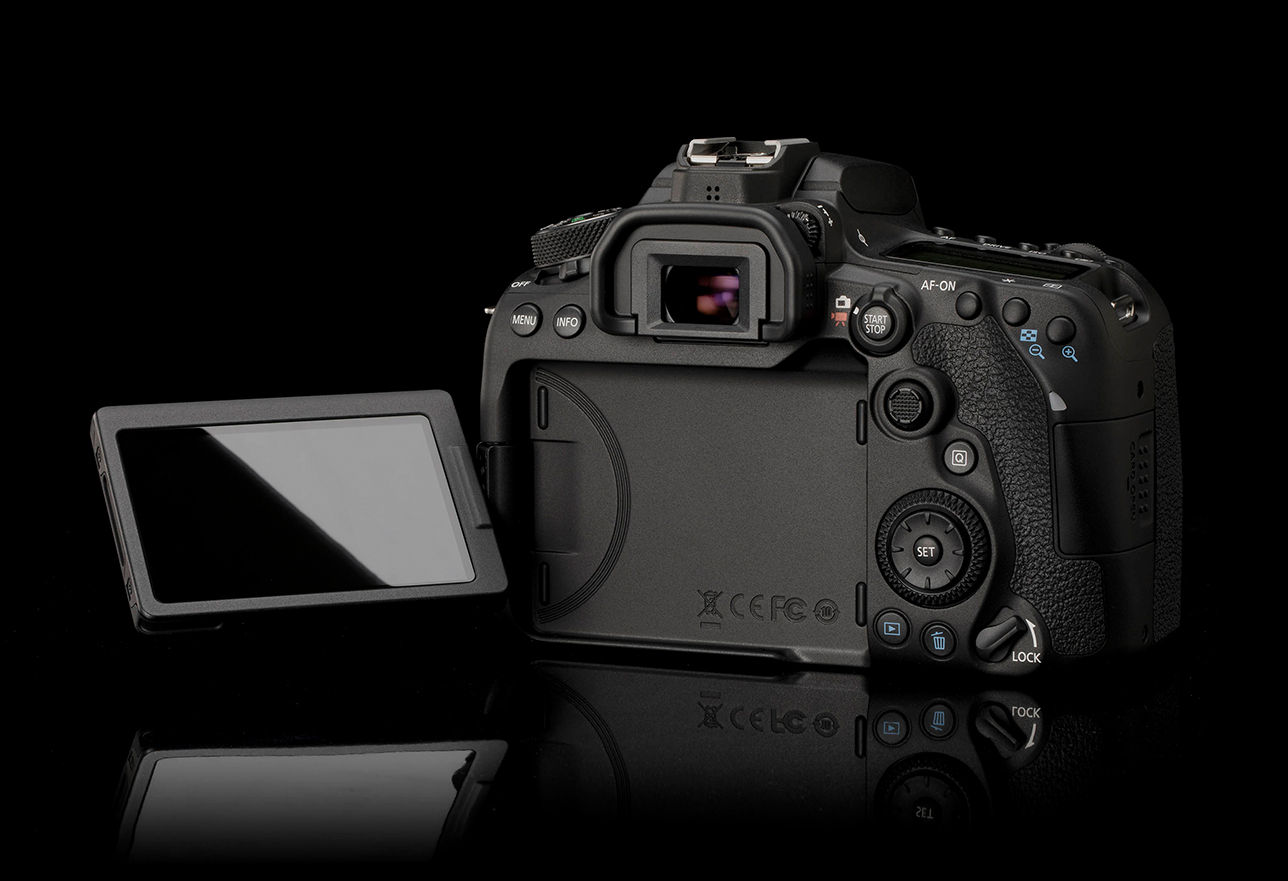 The Canon EOS 90D continues the important legacy of Canon’s mid-range digital SLR cameras, such as the previous EOS 80D and 70D models — excellent levels of photographic control, durability, and performance, at price points within the reach of many enthusiast photographers. More than ever, the EOS 90D raises the performance bar, and becomes an excellent choice for action, sports, wildlife, and other challenging subjects. 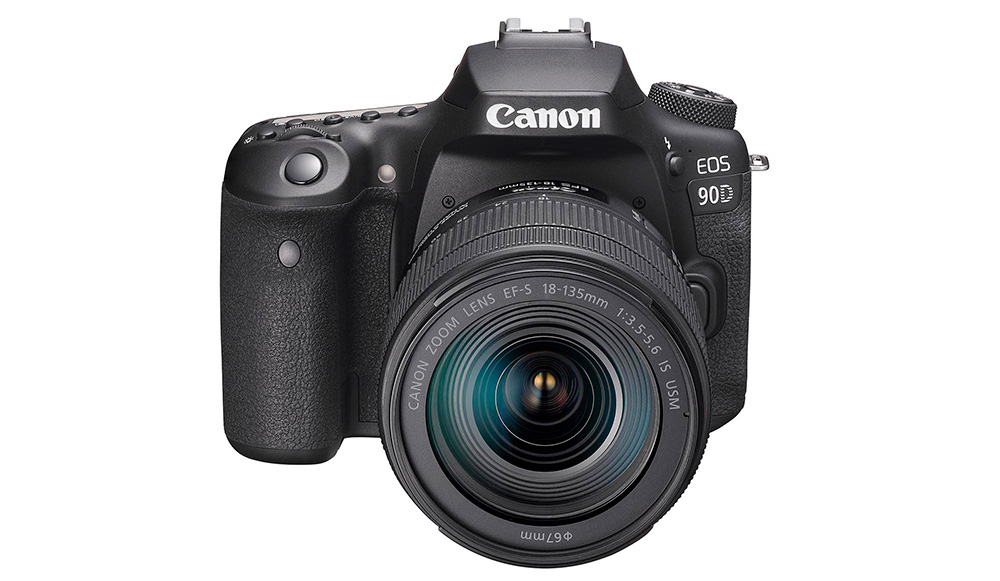 With no increase in size or weight — it’s actually a tiny bit smaller (overall) and lighter than the previous EOS 80D — the Canon EOS 90D gains some significant performance increases. We’ll discuss many of these in this article.

“Performance” covers a number of areas in cameras: continuous shooting speed, shutter “lag time” and responsiveness, AF read-and-react time, and ability to continuously focus upon moving subjects, and ability of the viewfinder to provide as uninterrupted a view as possible.

And, performance rewards the photographer in many situations. Wildlife, birds in flight, motor sports, and traditional sports photography of course fall into this category. But a performance-oriented camera can bring benefits in other situations. Street shooting, where quick responsiveness is so vital. Even portraits, where fleeting expressions or gestures can be instantly captured.

In this article, we’ll explore the EOS 90D’s features which make it even more appealing as a camera for fast-paced situations, and touch on some others that make it a superb general-purpose camera for the growing photo enthusiast.

An optical viewfinder, with real-time viewing

Minimal black-out between frames, and the ability to view and compose a fast-moving subject during a high-speed shooting sequence, are hallmarks of an optical viewfinder. As soon as the mirror returns to its resting position, the photographer can see where the subject is, with no fear of delay, and no concerns about momentary “playback” of the image he or she just captured appearing in the eye-level viewfinder — a problem with some (not all!) electronic viewfinders in mirrorless cameras. 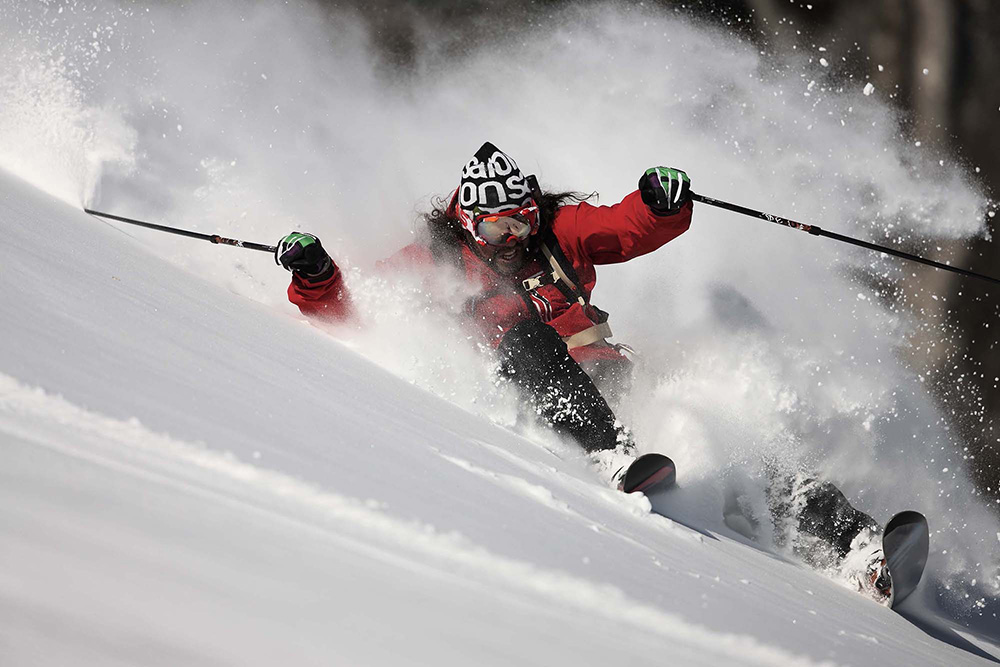 One performance advantage of DSLR optical viewfinders is minimal black-out between frames, especially in a high-speed sequence. Unlike some electronic viewfinders, there’s no delay in returning to viewing the subject because of brief display of the most recent image — making it easier to follow a fast, erratically-moving subject than with some (not all) mirrorless cameras. 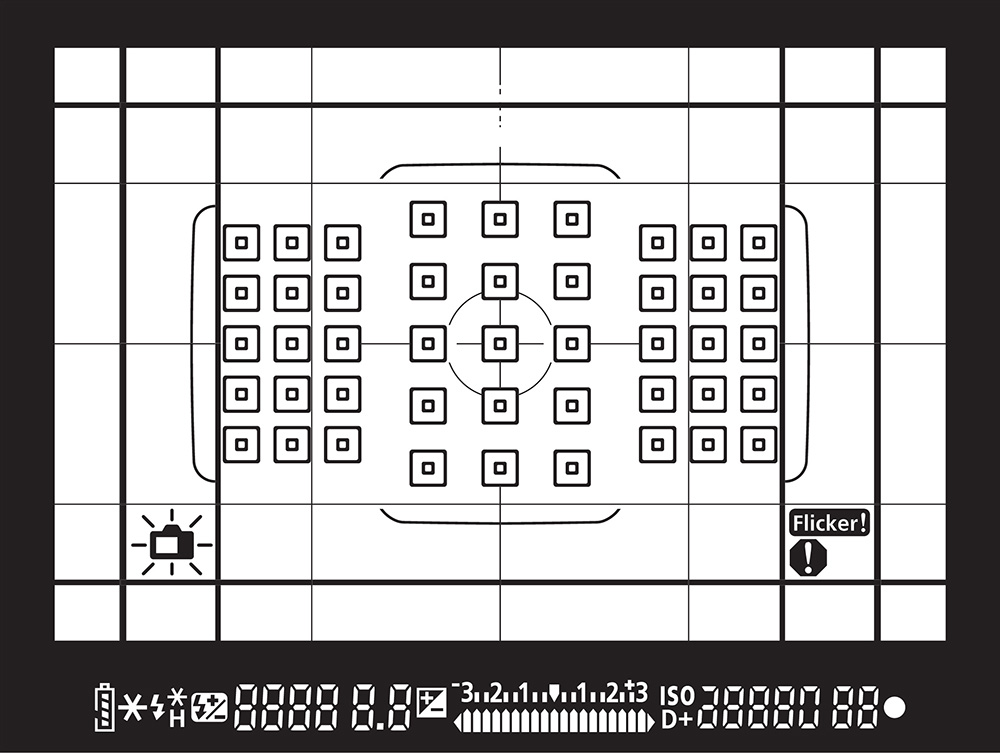 The LCD overlay in the EOS 90D’s optical viewfinder can be user-controlled to show as much or as little information as you like. Here, grid lines, aspect ratio lines, the Spot metering circle, and the camera’s 45 AF points are among the items displayed — in normal photography, you would not see all these items simultaneously.

The optical viewfinder has proven itself for decades in high-performance SLR and DSLR cameras, in the hands of serious enthusiast and professional photographers. One other benefit of the EOS 90D’s digital SLR design and optical viewfinder is excellent battery life. A single battery can power the camera for over 1,800 shots,* if the built-in flash is not used, during viewfinder shooting.

The EOS 90D offers a significant boost in shooting speed during viewfinder shooting vs. the previous, highly-regarded Canon EOS 80D model, with continuous shooting speeds at up to 10 fps (vs. 7 fps on the 80D). More than ever, the EOS 90D becomes the mid-range performance choice in the Canon EOS digital SLR line. Ten frames per second makes the 90D a solid option for sports, wildlife and other action situations — or any situation where fast, continuous shooting speeds are needed. Refinements in the camera’s shutter and especially mirror drive mechanisms make this 10 fps speed possible — without increasing the size of the camera, and without requiring a larger, higher-capacity battery. The EOS 90D has one DIGIC 8 processor.

The 10 fps shooting speed can be achieved with AI Servo AF active, continuously focusing upon a moving subject. Maximum burst rates (continuous shots at 10 fps, before shooting speed slows down):

Especially noteworthy is that this is achieved with a significant increase in the EOS 90D’s pixel resolution. While our discussion about performance doesn’t revolve around image quality, the 90D now has a 32.5 million pixel CMOS image sensor — a roughly 35% increase in pixel resolution, and amount of file size for each image. Canon engineers’ ability to achieve approximately 40% increase in shooting speed, while increasing the size of each file by roughly 35%, is a remarkable achievement. The EOS 90D user benefits in two ways: noticeably greater detail in his or her still images, and the ability to shoot at faster frames per second rates whenever it’s needed.

The EOS 90D has one SD-type memory card slot, and is compatible with high-speed, UHS-II type SD cards.

Canon engineers have raised the durability rating of the EOS 90D’s shutter to nearly 120,000 cycles, up from 100,000 cycles on the previous EOS 80D model. Keep in mind, again, that this is a shutter now designed for 10 fps operation. 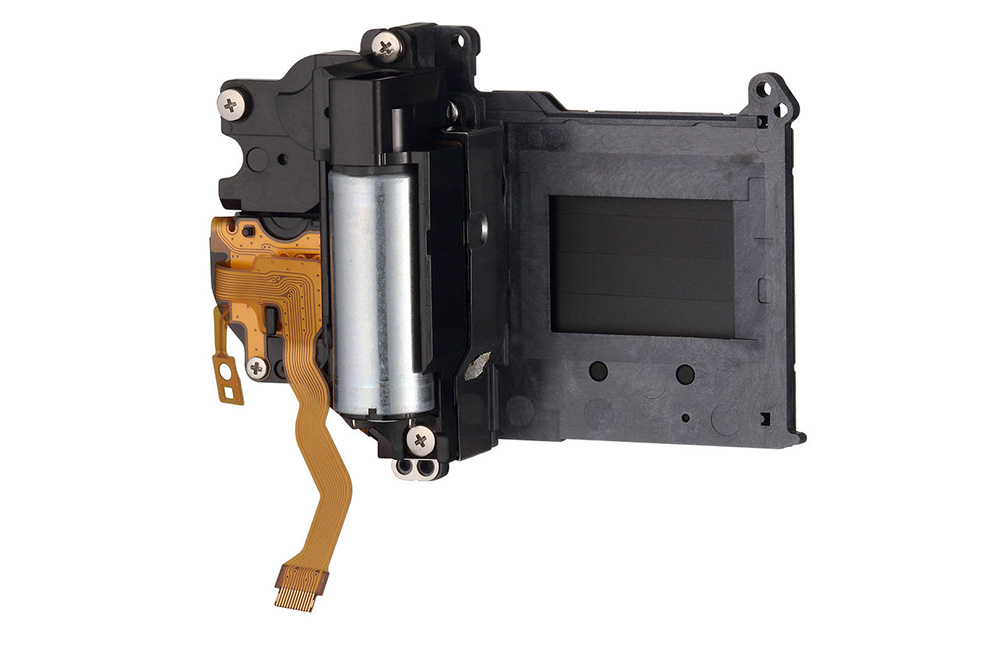 Speed and durability have been increased on the EOS 90D’s mechanical shutter. It’s now capable of 10 fps continuous shooting speeds (11 fps in Live View, with stationary subjects), and is durability-rated by Canon engineers to 120,000 cycles. In Live View, users have the choice of using this mechanical shutter, or switching to total Electronic Shutter operation, where the camera’s CMOS image sensor acts as its own shutter. Speeds to 1/16,000th second are possible with Electronic Shutter active.

Again, for shooting through the EOS 90D’s optical viewfinder, the camera uses a 45-point AF system — proven in the previous EOS 80D model. This AF system is especially effective when focusing upon moving subjects, in AI Servo AF. 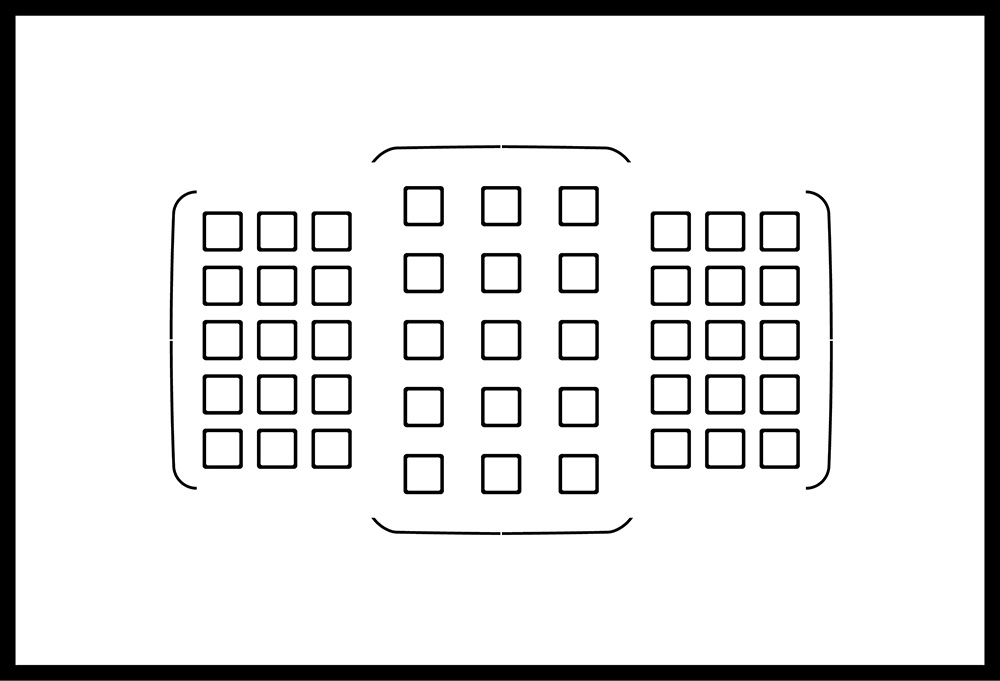 The 45-point AF system in the EOS 90D covers a broad width and height of the total picture area, especially when compared to typical AF coverage in the optical viewfinders of full-frame DSLRs. This makes it easier to quickly focus upon off-center subjects. And, like the previous EOS 80D, up to 27 of these AF points are available if a Canon EF tele-extender is used with compatible EF lenses, having effective maximum apertures as slow as f/8.

Some important capabilities of this 45-point AF system include:

Tracking Sensitivity
Select how you want the AF system to respond to sudden changes in what the active AF point(s) see — such as if something suddenly appears between the camera and subject, or if you suddenly move from one subject to another. Increase sensitivity to have AF respond quickly and re-focus on whatever is now at the active AF point, or use Locked On to give more time to re-acquire the original subject. 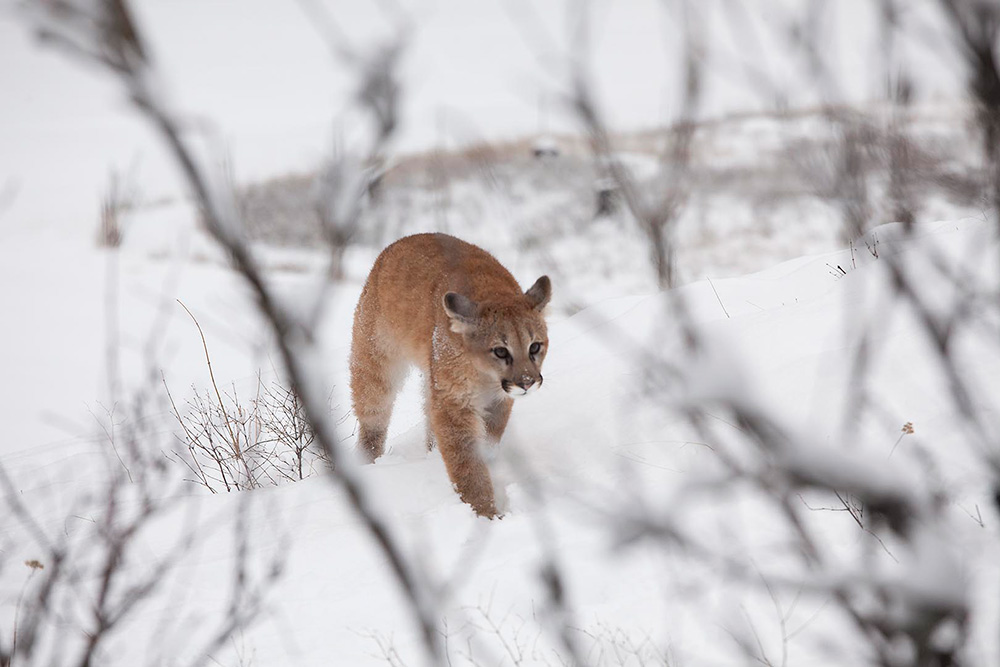 How quickly do you want the AF system to respond to a sudden new subject, appearing at the AF point(s)? Tracking Sensitivity lets the photographer dictate this. In a scene like this, a wildlife photographer would probably opt to use the “Locked On” option, to prevent the AF system from immediately trying to re-focus on the branches in the foreground as he/she attempts to keep focus on the moving subject. Whether Locked On or “Responsive,” the EOS 90D allows the photographer control over how continuous AI Servo AF performs.

Accel. / Decel. Tracking
+1 and +2 settings set AI Servo AF to expect and react even more quickly to sudden changes in subject speed and erratic movements. For fast-moving subjects that you know will be moving at steady, continuous speeds — like motorcycles or race cars heading down a long straightaway — the -1 and -2 settings tailor AF to give more consistent performance.

AF Point Auto Switching
With larger AF Areas (Zone AF, Large Zone AF, and Automatic AF Point Selection), the camera automatically decides which AF point(s) to use — and during AI Servo AF, will continually update this, to keep moving subjects in focus, even if they move laterally across the frame. The +1 and +2 settings speed-up this process of changing AF points on the fly, and may be useful with subjects moving erratically across the frame. This setting has no effect when a single AF point is user-selected.

For the first time, a Canon EOS digital SLR now permits automated panning control and exposure, during viewfinder shooting. (Canon has offered this in several cameras previously, but only during Live View or Electronic Viewfinder operation.) Panning mode is selected via the Q-button and Quick Control Menu, with the camera’s Mode Dial set in the “SCN” (Special Scene mode). 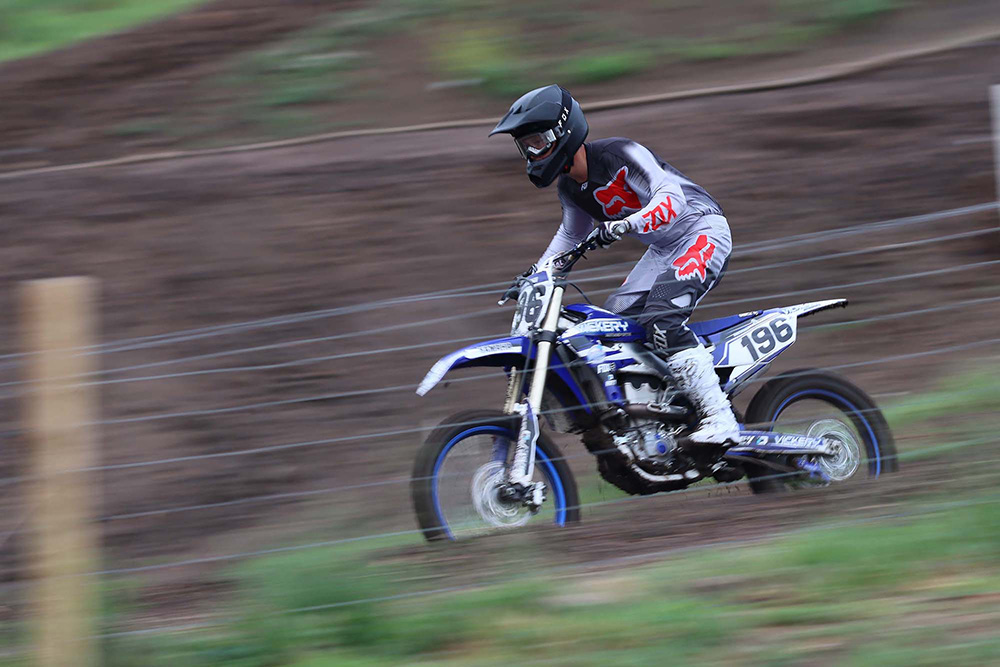 The EOS 90D’s Panning Assist automates the process of panning with a moving subject, smoothing the camera movement as the subject is followed. Users have a choice of three settings for the “strength” of the panning effect, when compatible Canon EF or EF-S lenses are used. Especially noteworthy with the EOS 90D is that Panning Assist now functions during viewfinder shooting.

While this is a fully automatic exposure mode, it may be of interest to the serious enthusiast or even working professional who normally relies on more direct camera control. Panning mode will automatically select an optimum shutter speed for following a moving subject, and will reduce blur when a compatible Canon EF or EF-S lens is used. AI Servo AF is used, with the user’s choice of Single point AF or Zone AF Area settings. With non-compatible lenses, shutter speeds will continue to be set automatically, but additional steadiness and “assist” cannot be provided.

Compatible lenses for Panning mode (as of August, 2019) are:

In Panning mode, users have three “effect” settings, which will change the automatically-selected shutter speed in accordance with camera panning movement, subject movement, and lens focal length. For a greater blurred panning effect, choose the “Max” level on the three-position menu choice.

We mention the fully-automatic Panning mode here, because it’s another tool that can be used in some action situations. Motorsports photographers may be especially interested in experimenting with this setting, since it adds a measure of control (when used with a compatible lens) that can be missing when settings are applied in traditional, manual ways. 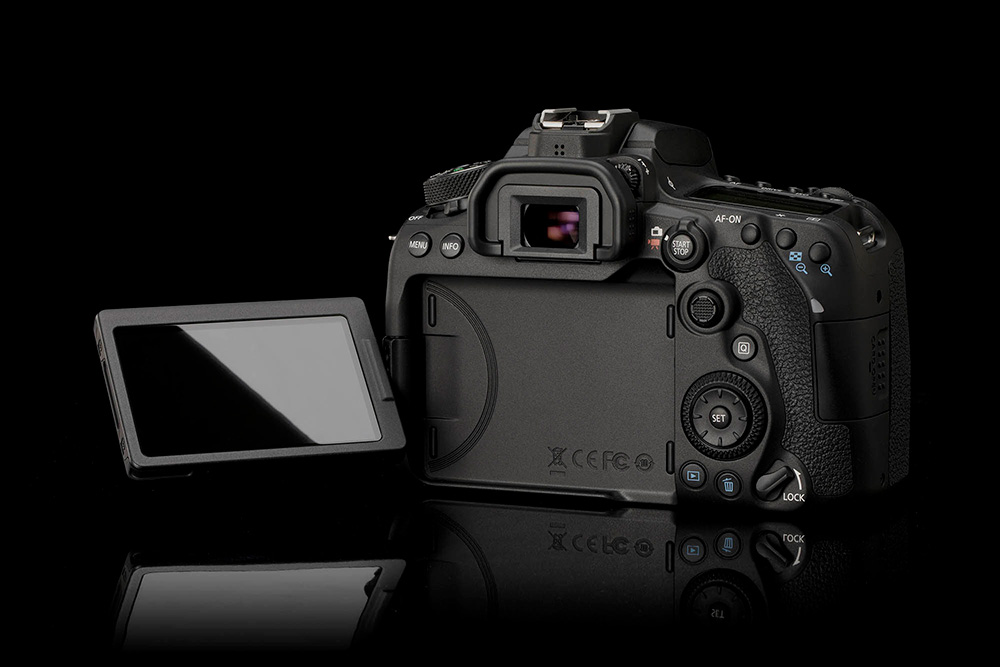 Live View shooting with the EOS 90D brings some additional performance-oriented benefits, as outlined directly below.

We’ve concentrated primarily on EOS 90D performance-oriented features when shooting through the optical viewfinder, but the camera has some new and important capabilities during Live View shooting as well. These include:

The Canon EOS 90D brings several important developments to the mid-range DSLR category, and one of the most important to advanced enthusiasts will be its still-image performance gains. With the ability to shoot at up to 10fps, and its powerful 45-point autofocus system, the EOS 90D cements its place as the performance value in the EOS line, as of late 2019. Factor in the 32.5 million pixel resolution, and the camera’s extensive 4K and Full HD video capabilities, and it’s clear this camera makes a strong case for the digital SLR as an answer to the needs of demanding, serious enthusiast photographers and multi-media creators.