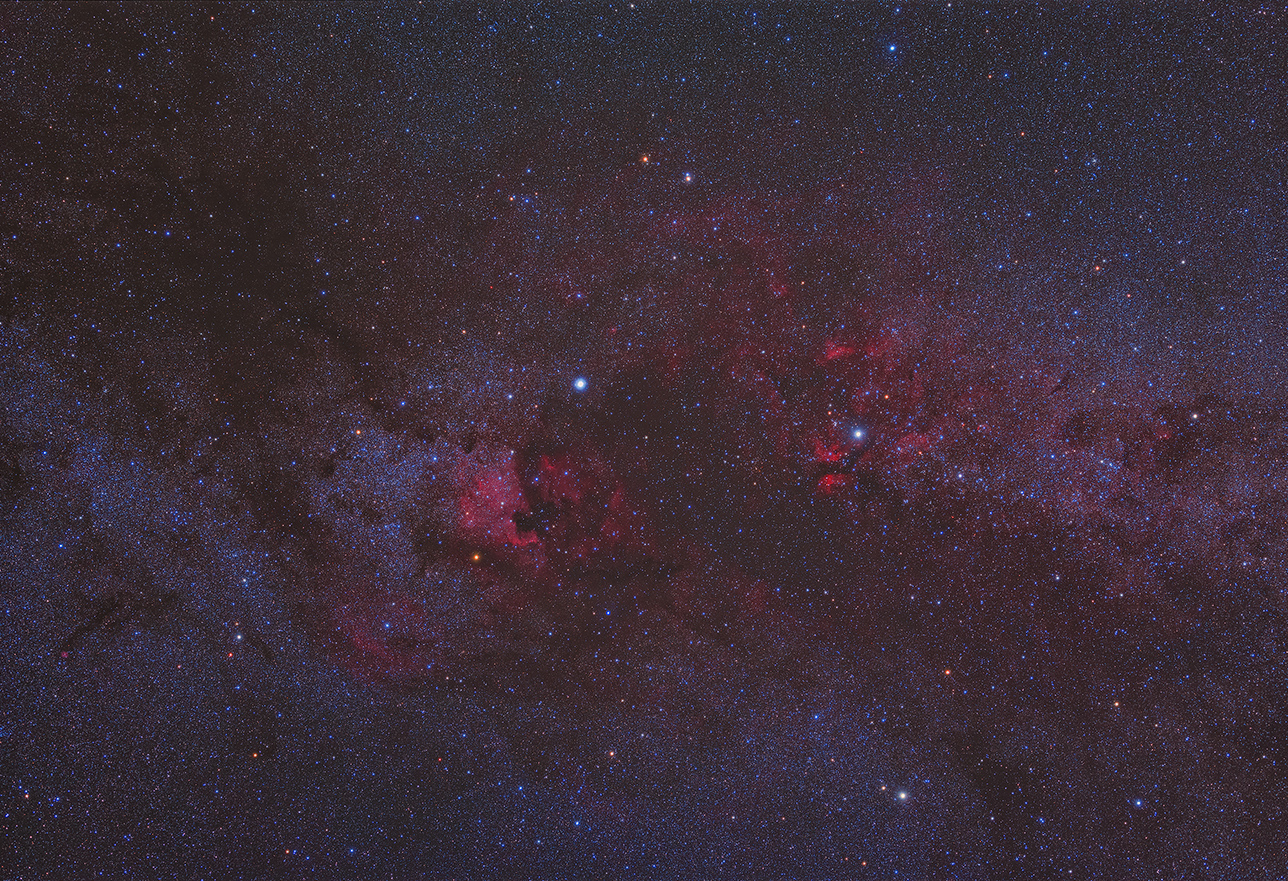 Canon expands the EOS R system with the launch of the EOS Ra camera, in late 2019. This is the industry's first full-frame, mirrorless camera dedicated to astrophotography (as of October, 2019). Based on the 30.3 million pixel EOS R camera, the EOS Ra has modifications which dedicate it to the astrophotography enthusiast. 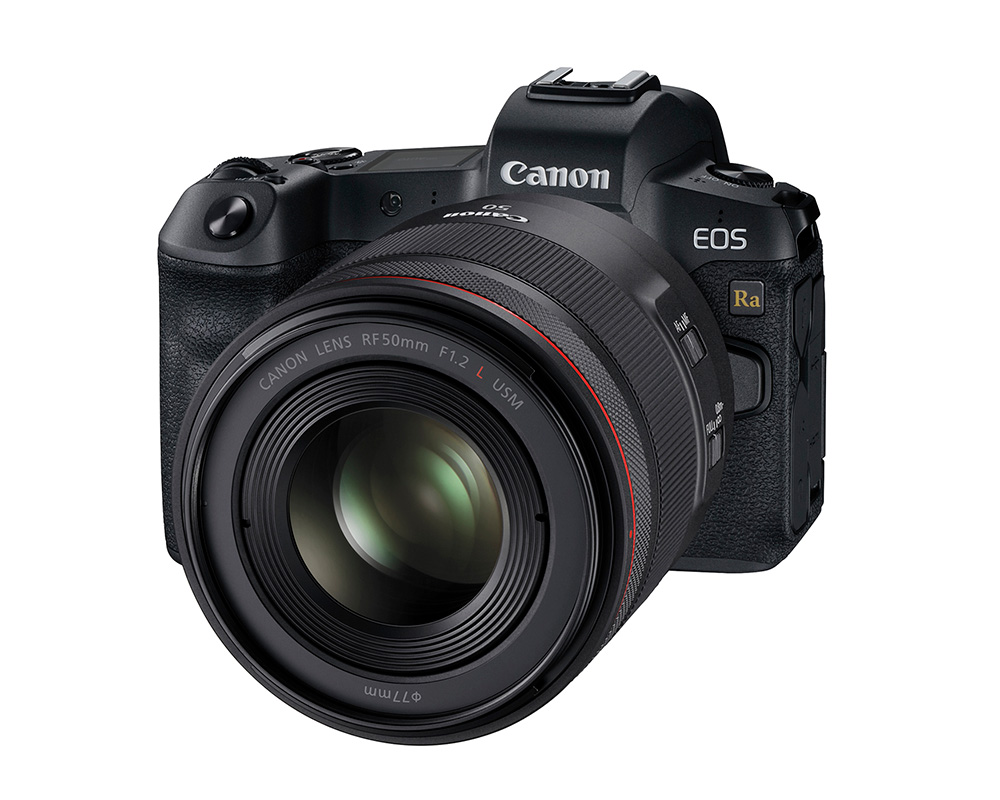 The EOS Ra follows in a tradition of dedicated cameras for astrophotography from Canon:

The EOS Ra is targeted at both terrestrial astrophotography users, and enthusiasts using medium sized equatorial telescopes. While standard DSLR and mirrorless cameras, of course, can be used for astrophotography, we’ll discuss the main features that optimize the EOS Ra for this challenging application.

The infrared-cutting filter (positioned immediately in front of the CMOS imaging sensor) is modified to permit approximately 4x as much transmission of hydrogen alpha rays at the 656nm wavelength, vs. standard EOS R cameras. This modification allows much higher transmission of deep red infrared rays emitted by nebulae, without requiring any other specialized optics or accessories. 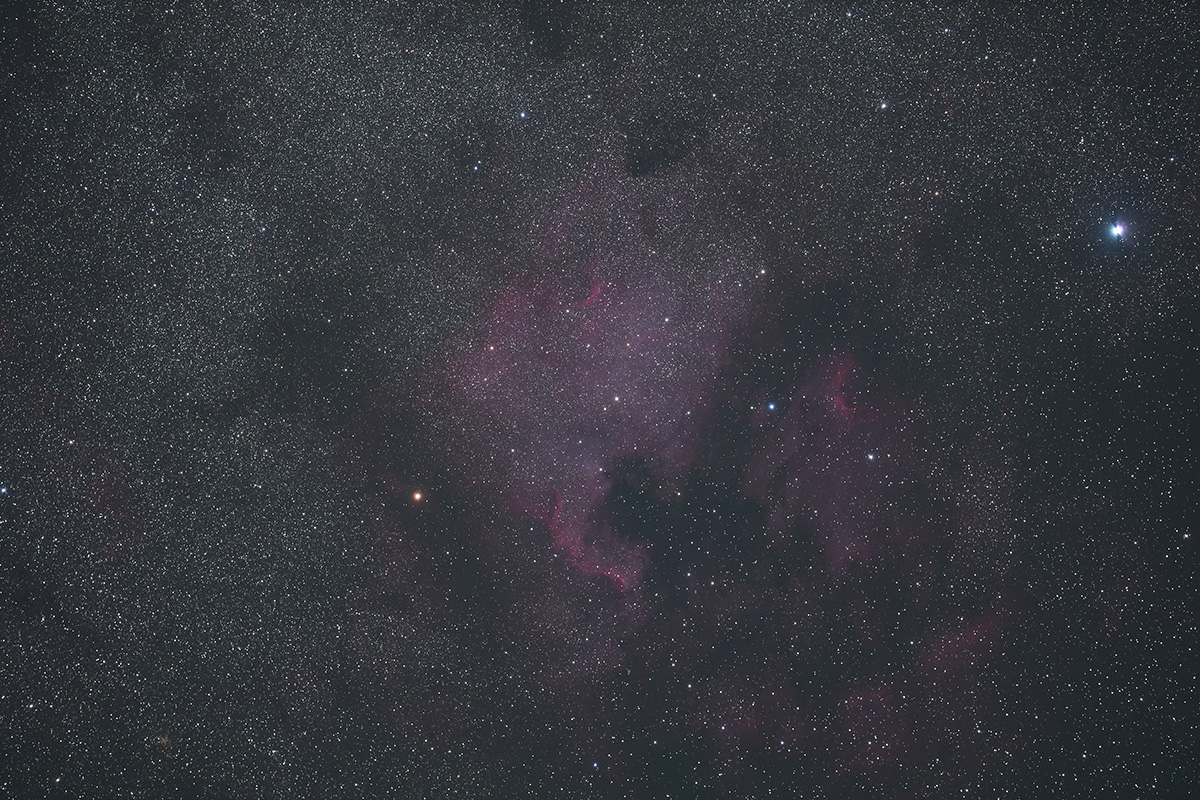 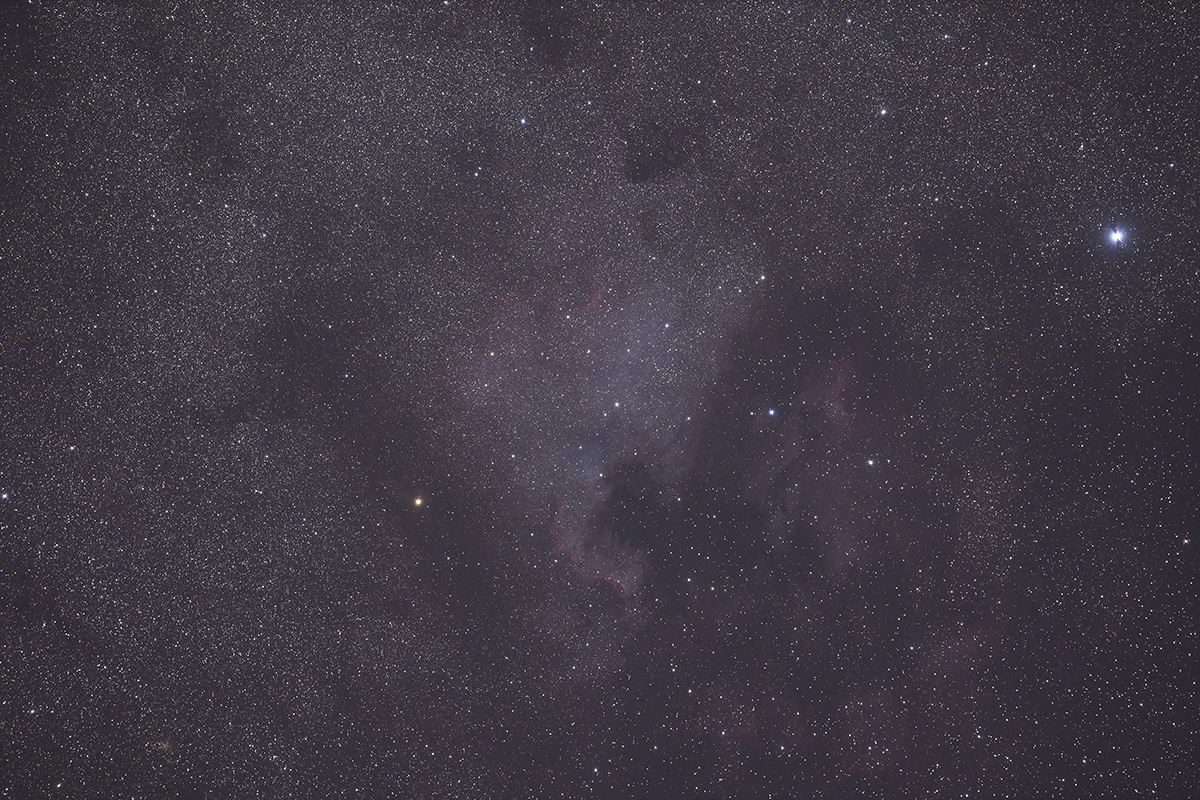 The benefit is increased ability to record subtle details in the deep-red spectrum of nebulae, providing more vivid color and detail in these areas.

Because of this change in infrared filtration, with ordinary photographic subjects, unusual color balance or color rendering of some subjects may occur. In general, consider the EOS Ra a dedicated camera for astrophotography subjects, and not one recommended for everyday photographic use.

New: 30x magnification in the viewfinder or LCD screen

The EOS Ra gives the choice of standard, full-frame viewing; 5x magnification, or 30x magnification – the first Canon EOS camera with 30x capability. The feature is there to provide users with a tool for extremely precise focusing upon small stars and other astro subjects.

Because EOS Ra is a mirrorless camera, its electronic eye-level viewfinder is also able to display this 30x magnification, along with its LCD screen for Live View operation.

(Please note that for remote operation via EOS Utility software, viewing on computer or mobile device screens, the 30x magnification feature is not possible.)

As of late October, 2019, the EOS Ra is the industry's first interchangeable lens, full-frame mirrorless camera specifically designed for astrophotography. Compared to the traditional digital SLR structure of Canon's previous EOS 20Da and 60Da cameras, there are new-found advantages for the serious astrophotography enthusiast with the EOS Ra: 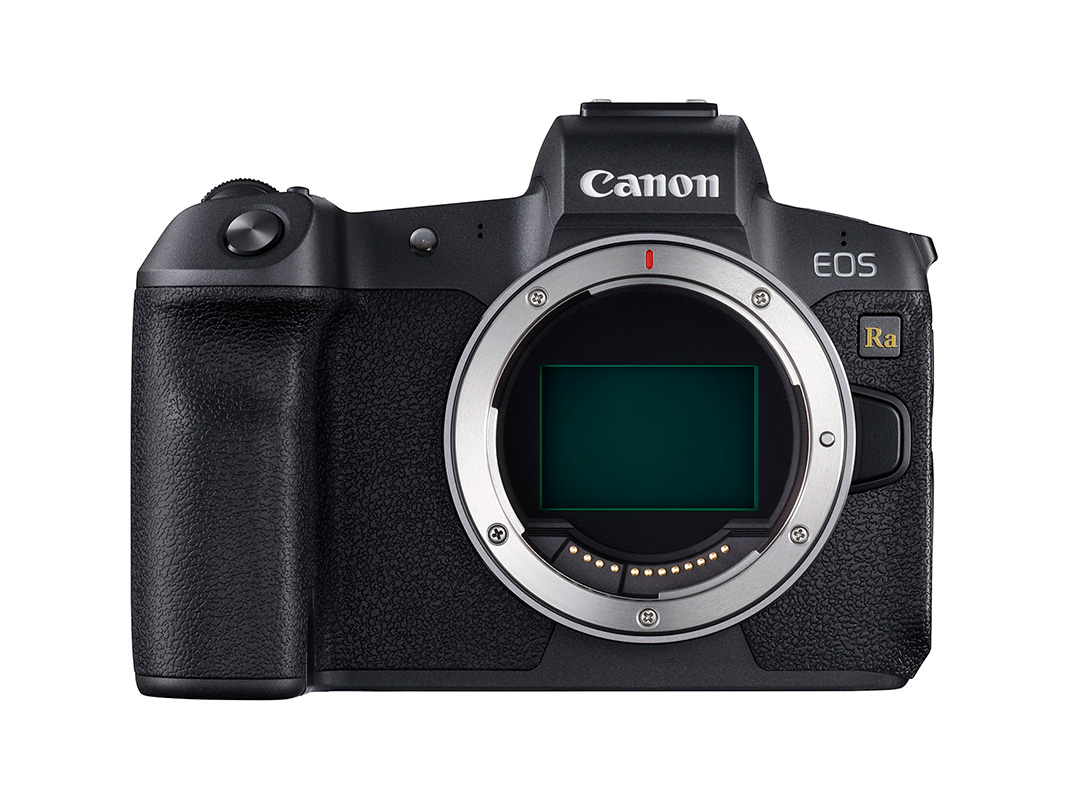 While not specifically a result of the camera's mirrorless design, there are even more features that may be of interest to the serious astrophotography enthusiast. These include:

The EOS Ra will be a limited-production camera, expanding the EOS R-series in the direction of the serious astrophotography enthusiast. Its full-frame, 30.3 million pixel sensor and expanded sensitivity to Hydrogen α wavelengths should dovetail nicely into the needs of these users, and its RF mount means that the superb Canon RF lens series can now be used for this demanding type of imagery. Along with that, its mirrorless structure brings added benefits, such as the option for totally silent, and near vibration-free shooting, a great electronic viewfinder (and ability to magnify in the EVF or LCD screen up to 30x), and the excellent Canon Dual Pixel CMOS AF system for those times where autofocus is desired. For Canon users who have ventured into the fascinating field of dark sky or terrestrial night sky photography, this is certainly a camera worth investigating.