Along with the introduction of the Canon EOS 80D camera, Canon engineers are introducing an updated version of the popular EF-S 18–135mm f/3.5–5.6 IS lens. The headline feature of this lens is a completely new type of Ultrasonic motor technology, called Nano USM. We’ll concentrate on the Nano USM in this article, but will give some basic info about the new lens as well.

Canon’s new Nano USM technology uses a completely different form factor, but achieves focus results within the lens via the same principles of ultrasonic vibration energy, transmitted here into linear (rather than rotational) movement within the lens. This tiny new Ultrasonic motor achieves the combination of fast, near-instant response during still image shooting, with the smoothness required for good focus during video recording.

The challenge: combine speed for still image AF with smooth response and drive for video recording

And until now, that has indeed been a challenge for Canon’s engineers. The simple fact is this: in most situations, what constitutes good AF performance in a lens differs significantly for still image shooting and for video:

This sounds simple, but AF motors originally designed for superior AF performance during still image shooting — like Canon’s highly-regarded ring-type Ultrasonic Motors — tended to have less than ideal smoothness when asked to perform video-oriented AF. Canon engineers developed “STM” (Stepping Motor) AF technology and applied it to drive mechanisms within recent Canon EF and especially EF-S lenses in recent years. STM focus motors indeed provided that smooth and consistent ability to drive the lens during actual video recording. And, their speed during still-image shooting was adequate for many applications.

Still, as user demands for increased video recording performance with each new generation of digital SLR camera have continued, Canon engineers recognized another approach was needed.

In the new-for-2016 EF-S 18–135mm f/3.5–5.6 IS USM lens, Canon introduces a new answer to this challenge. Using the same principles of ultrasonic vibration converted into movement, Canon engineers have developed a direct-drive system that’s incredibly compact, easily placed within the body of a lens, and has tremendous AF performance.

Nano USM gets its name from the incredibly compact size of this motor. (The name has nothing directly to do with the type of vibrational energy it generates to drive a lens’s focus elements.) In this initial application, the motor itself is small enough to fit on the first joint of a model’s finger, as we see here: 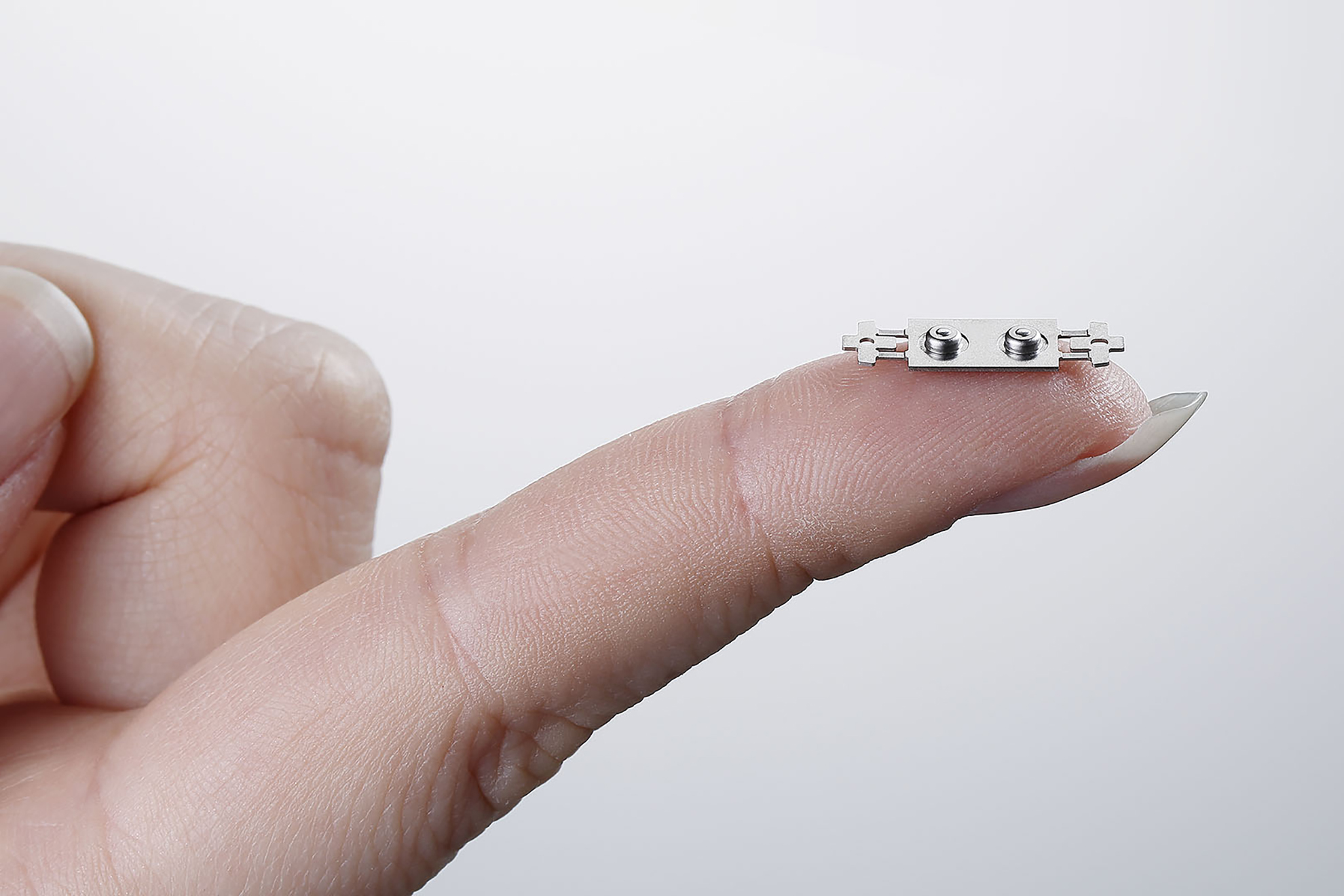 AF speed during still-image shooting rivals what users have come to expect from high-end lenses with Canon’s powerful ring-type USMs. It’s brisk and nearly instantaneous — an almost perfect match for the new AF system in the EOS 80D. Most users will doubtless agree that it’s a clear step forward from what we’ve come to expect in affordable lens focus, whether we’re referring to the previous Micro USM focus motors used in many such lenses, or the recent STM versions.

But this lens focus system is outstanding in video applications. AF operation during video recording has tremendous smoothness, and is remarkably free from the visually jarring start-stop focus movement sometimes seen with other lens focus motor systems. Another huge factor in video shooting is that the AF operation is nearly silent — very important if a microphone is attached to the camera, and vital if using the camera’s built-in microphone. Nano USM matches the relative silence of previous STM designs when focus occurs during video recording.

So it’s the combination of focus characteristics, blending the conflicting requirements of good, fast AF during stills with smooth, controllable AF during video, that makes Canon’s Nano USM such an interesting and compelling possibility for many Canon EOS photographers.

How does Nano USM work?

This isn’t an engineering document, and Canon’s designers have provided only basic information to date. But in general, the principle is the same as in previous Ultrasonic motor designs — but of course it’s applied differently.

Canon’s existing large, ring-type Ultrasonic motors provide a good starting point for understanding the new Nano USM's operation. Ring-type USMs actually consist of two separate metal rings, held together via spring pressure. One ring has a smooth contact surface, the other has specially designed “teeth” that touch the opposite ring. When specific types of voltage are sent to the stator (ring with teeth), it not only vibrates, but flexes in a controllable, travelling wave fashion. Contact against the smooth ring causes that ring rotate, at controlled speed, in the opposite direction of the traveling wave.

With the new Nano USM lenses, the movement in the form of vibrations is generated by sending current at very precise levels to a flat ceramic voltage element, attached to the underside of the motor pictured in this article. The long strip that forms the base of the Nano USM is actually a flexible elastic metal body. Two different types of vibrations can be generated, depending on the current applied, and the combination of these causes the entire elastic metal body to expand and contract at very precise rates, and in two distinct directions. With the round protrusions pressed against a metal slider, this movement results in linear — not rotational — movement within the lens. The actual lens elements which move for focus are driven by a rack, with guide bars to control its forward/rearward movement. 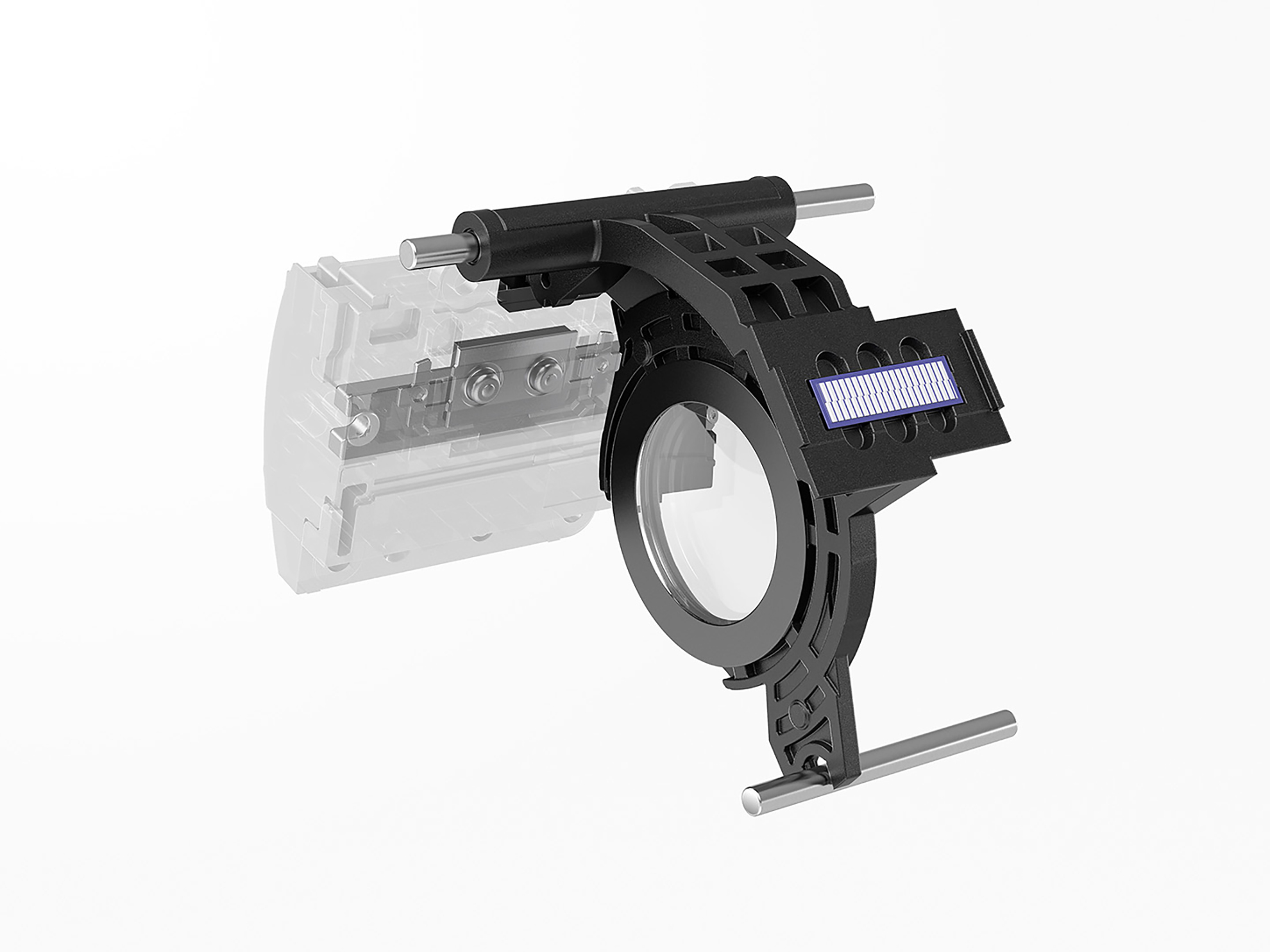 Here’s a graphic showing how the movable lens element(s) used to focus the lens are held within a rack assembly, shown in black here, along with its guide bars. The tiny Nano USM sits aside this, its ceramic voltage elements held against a flat, elastic metal slider. Vibrational energy at the tips of the voltage element causes the slider to move forward or backward, in a linear fashion — thus changing the lens’s focus in precise, controllable amounts, and without requiring start-stop steps to achieve smooth movement when that’s needed during video recording.

The first application of Canon’s Nano USM technology is in the EF-S 18–135mm f/3.5–5.6 IS USM lens. This lens will be combined with the new EOS 80D camera if it’s purchased in “kit” form in many markets, as well as being a lens that Canon users can step up to independently if they so desire.

Here are a few important facts about this new 18–135mm lens:

In its present form, Canon engineers stress that Nano USM technology gives them a very practical answer to the aforementioned challenges of fast still-image AF, while allowing great controllability and smoothness for Live View and especially video recording.

And, as shown below, it fits beautifully into the form factor of this compact lens. In this illustration, the Nano USM sits above the highlighted lens group, which is actually driven to focus the lens: 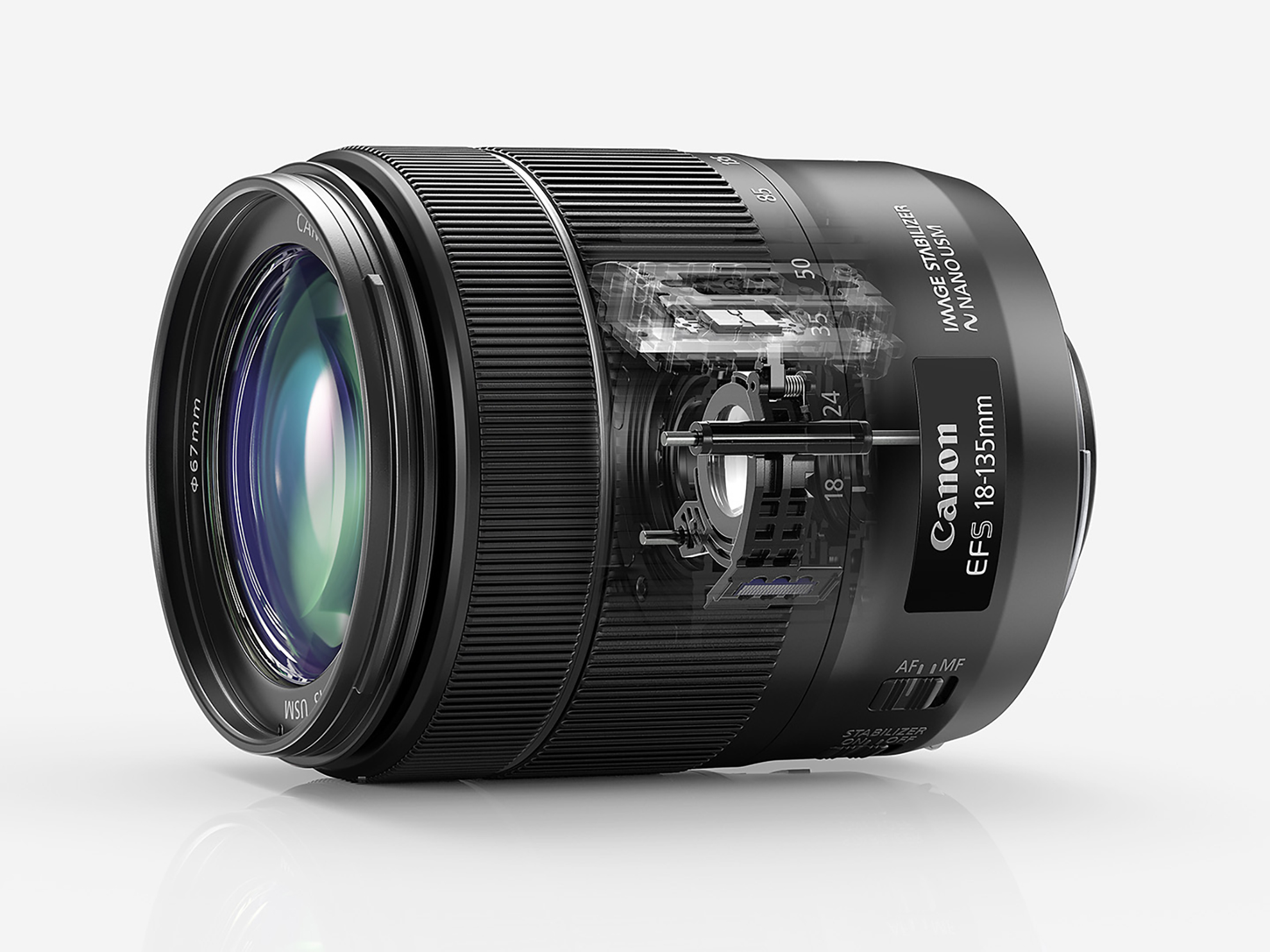 But for now, at least, it’s optimized for lens designs where the elements moved for focus are small and lightweight in size. The inner focus system of the EF-S 18–135mm f/3.5–5.6 IS design lends itself to this, with an optical system where a very lightweight element group is moved. Larger, heavier focusing elements remain better-served by the more powerful ring-type USM design, as seen in many of Canon’s mid-range EF lenses, and of course in many high-end L-series lenses as well.

Nano USM is an exciting new technology, and Canon expects it to be a great match for video content creators as well as still-image shooters using recent APS-C sensor EOS cameras. For now, however, Canon engineers have not tipped their hand as to if, and where, we might see this technology repeated in future products.

In summary, this new extended-range EF-S standard zoom lens (its coverage is approximately equivalent to a 28–200mm lens, on a full-frame camera) looks ready to be a terrific choice for the still and video shooter. And that applies to not only newcomers to digital SLRs, but experienced and seasoned users of cameras up to and including the EOS 7D Mark II as well.