You love taking pictures, but maybe you've reached the limits of your smartphone and you want more quality or creative control. If you want to step up your photography game, here are ten reasons why the new Canon EOS Rebel SL2 is a great beginner camera.

The EOS Rebel SL2’s primary distinction is its size — by a significant margin, it’s the smallest model in the EOS Rebel line, and it’s far smaller than mid-range models like an EOS 80D or 7D Mark II camera.  For anyone who understands the benefits of interchangeable lens cameras, the Rebel SL2 gives all the visual possibilities, in a size that can rival some “mirrorless” cameras. 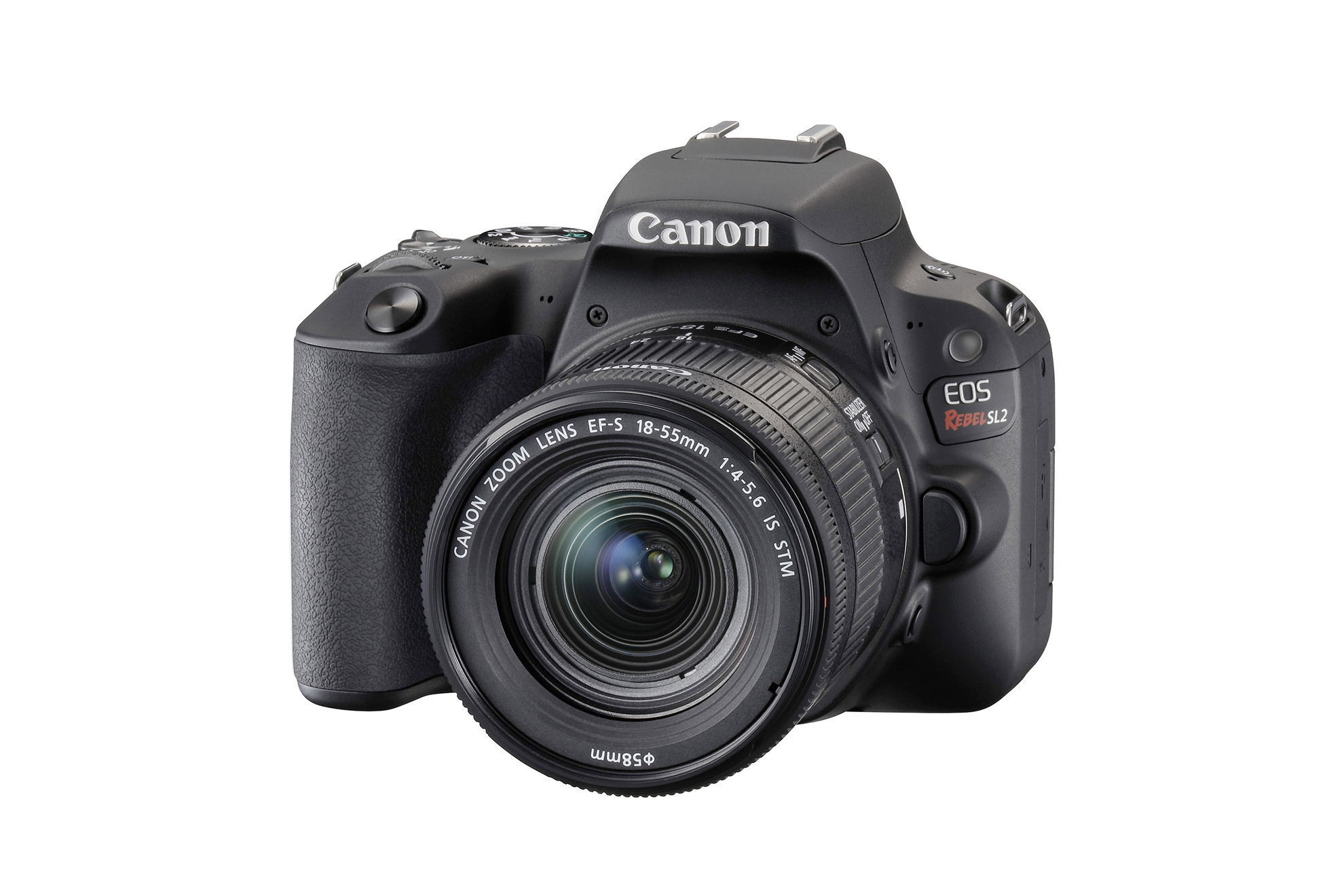 EOS Rebel SL2 may look similar to cameras like the Rebel T7i, the very cost-efficient Rebel T6, and many earlier Rebel models. But the main difference is size: the Rebel SL2 takes its place as the smallest model in the Canon EOS Rebel line. And that’s in spite of having features like a rotating and swiveling vari-angle LCD monitor, which normally add size and bulk.

The EOS Rebel SL2 can accept any Canon EF-S, EF, or special-purpose TS-E and MP-E lenses.  Any lens in the EOS system — the world’s largest system of interchangeable lenses, with over 70 lenses — can be mounted to this camera.  One problem many smartphone users find in their photos and videos is that everything has a fairly wide look, and many phones only give you “digital” zooming, which loses resolution and detail, to get closer.  With an EOS digital SLR like the Rebel SL2, getting closer to a distant subject is as easy as zooming the lens you’re using, or attaching another one. 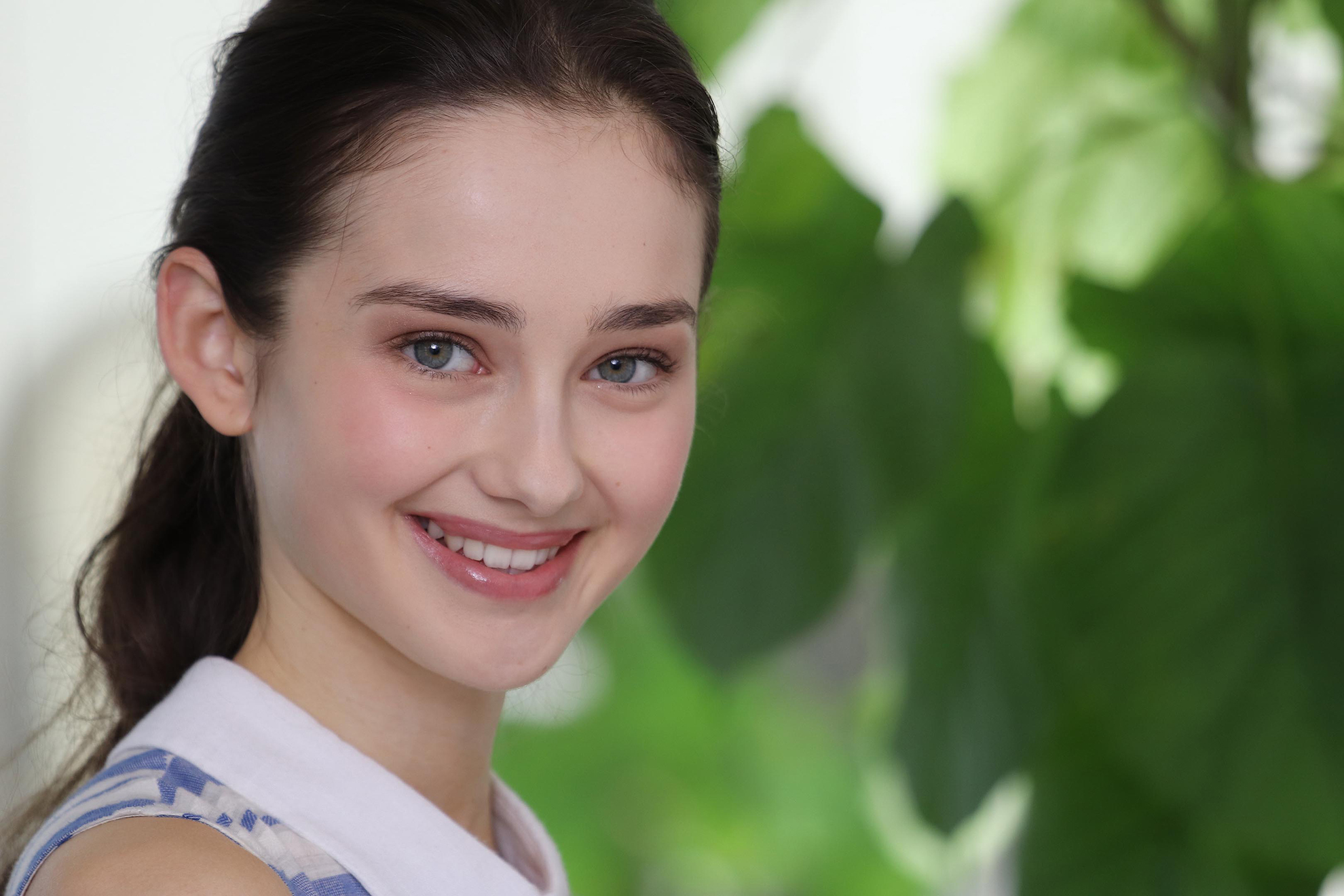 A simple shot like this portrait, taken with a 70–200mm f4L IS zoom lens, is a look that would be difficult to duplicate with many smartphones. Instead of restricting users to a “wide” look in most of their pictures, a digital SLR opens the doors to real image creativity, and the look generated by different lenses is a big reason why. This picture was taken at 200mm, with the lens aperture wide-open, at f/4.

The EOS Rebel SL2 can be as easy to use as a smartphone, with its full-auto Green Zone and Special Scene shooting modes.  Yet, its Creative Zone settings on the shooting mode dial let users who want to have full control work the camera in modes like Shutter Priority, Aperture Priority and full Manual operation.  So it’s an easy camera to grow with, and users who already have camera experience can move into a super-small camera and still have all the control they’re accustomed to. 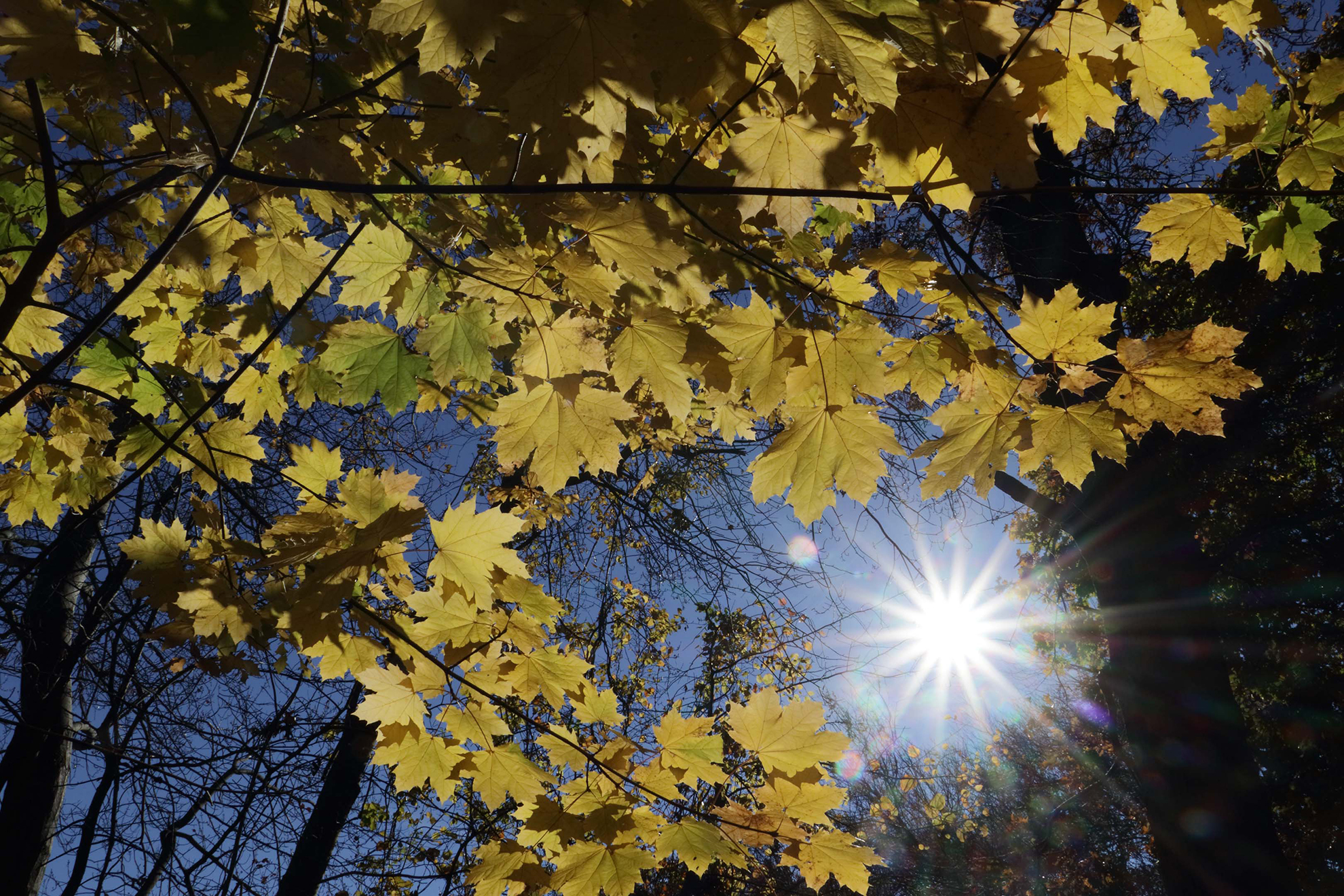 A big asset with digital SLRs is their ability to give photographic control to users who are ready to use it. Here, the broad-range EF-S 18–135mm lens was used at a wide-angle setting, in Av (Aperture Priority) mode, with the lens set to f/22. This small lens opening was a deliberate choice by the photographer, to both extend the range of sharpness, and render the distinctive “sunburst” rays. Small lens openings (high f-numbers) are an easy way to achieve this look with bright highlights in a picture. No lens filters or image-editing effects in the computer were used in this image.

Moving to the Rebel SL2 from a smartphone, or a compact camera without interchangeable lenses, is a big step forward in image quality as well.  Its APS-C size image sensor has 24.2 million effective pixels, which means lots of fine detail for poster-size prints.  And, it has far greater light sensitivity than the tiny sensors typically used in smartphones and many compact cameras…so all images tend to have more detail in bright and dark areas, and low-light scenes will have less noise and better detail as well. 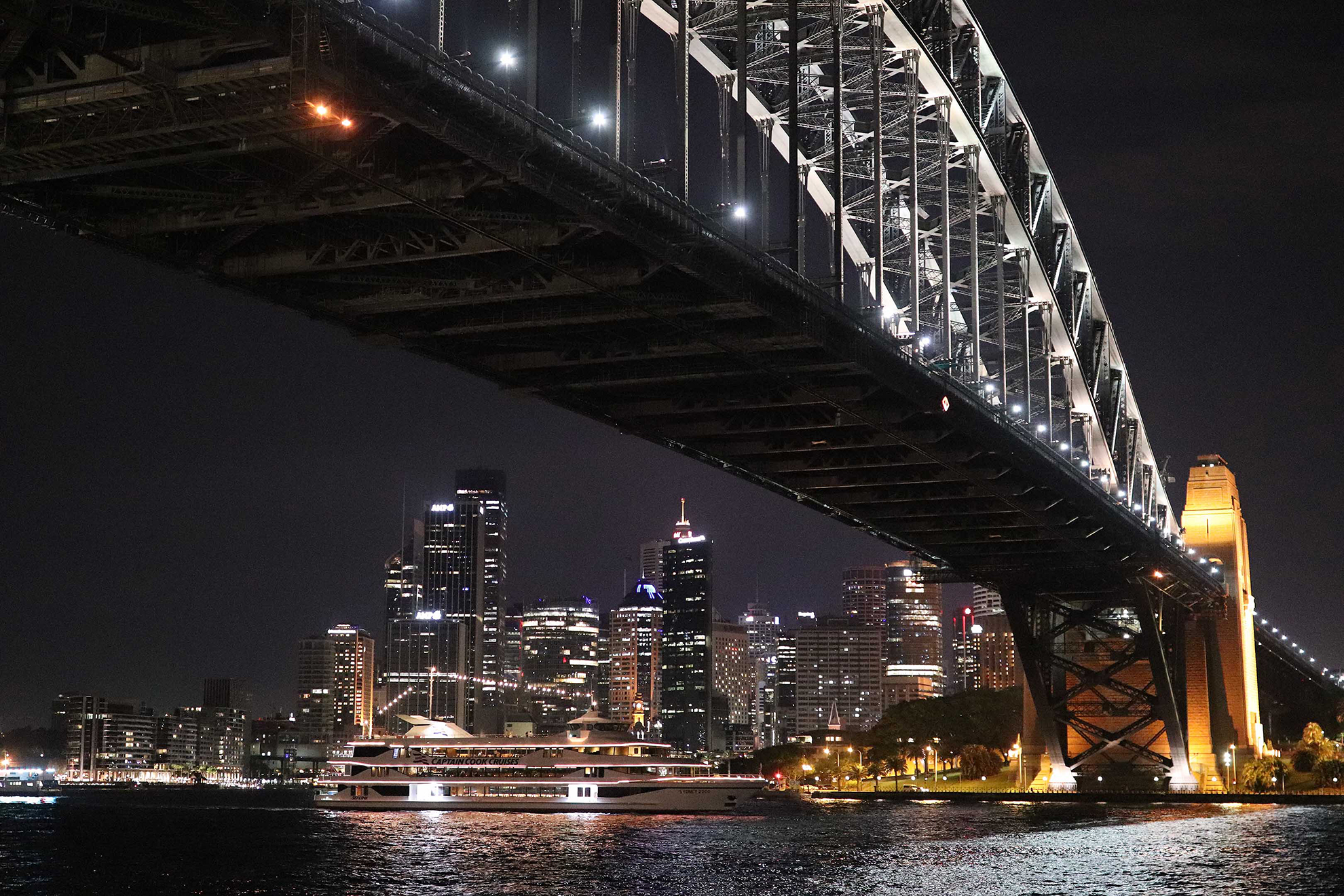 Digital SLRs offer big advantages over phones when it comes to image quality, especially in low light. Rebel SL2 benefits in a scene like this: greater pixel resolution and fine detail (24.2 million pixels); much larger image sensor and individual pixels than a typical phone, so greater low-light sensitivity; far less digital “noise” (this image taken at ISO 6400); and more detail and tones in light and dark areas of a scene. Combine that with the optical benefits you get with interchangeable lenses, and you have a powerful yet portable picture-taking package.

The EOS Rebel SL2 is a tremendous choice for Full HD video, starting with its very compact size.  But there’s more — the autofocus for video (and Live View still-image shooting) is Canon’s exclusive Dual Pixel CMOS AF technology, and it’s simply outstanding for smooth and professional-looking video.  It records Full HD (1080p) video at up to 60 frames per second, for very smooth rendering of movement.  And, the LCD monitor is a fully-articulated, vari-angle monitor, not just a “tilting” monitor.  With so many users now looking to maximize online video potential, it’s nice to know you can easily shoot low or high angle scenes, and even record with the camera held vertically (something more and more camera operators do, to maximize online playback for phone users).  Great low-light video quality, full lens interchangeability, and easy one-handed operation all combine for a great video or vlogging experience.

Let’s face it, for many smartphone users, the “selfie” is a visual statement.  The EOS Rebel SL2 is great for this 21st-century creative expression, and here are some reasons why.  The same great image quality, for both stills and video, is at work when you aim the camera at yourself.  The vari-angle LCD monitor can be folded so it aims forward, so you can see what you’re shooting.  And when it’s aimed forward, you can activate a self-portrait mode, and even select how blurred or sharp the background will be.  The same terrific AF is at work here, and there’s Face Detection you can activate to ensure focus is on the primary face in the scene.   And just a tap on the screen can shoot the picture, when the Touch Shutter feature is activated (just tap an icon on the LCD to turn it on). 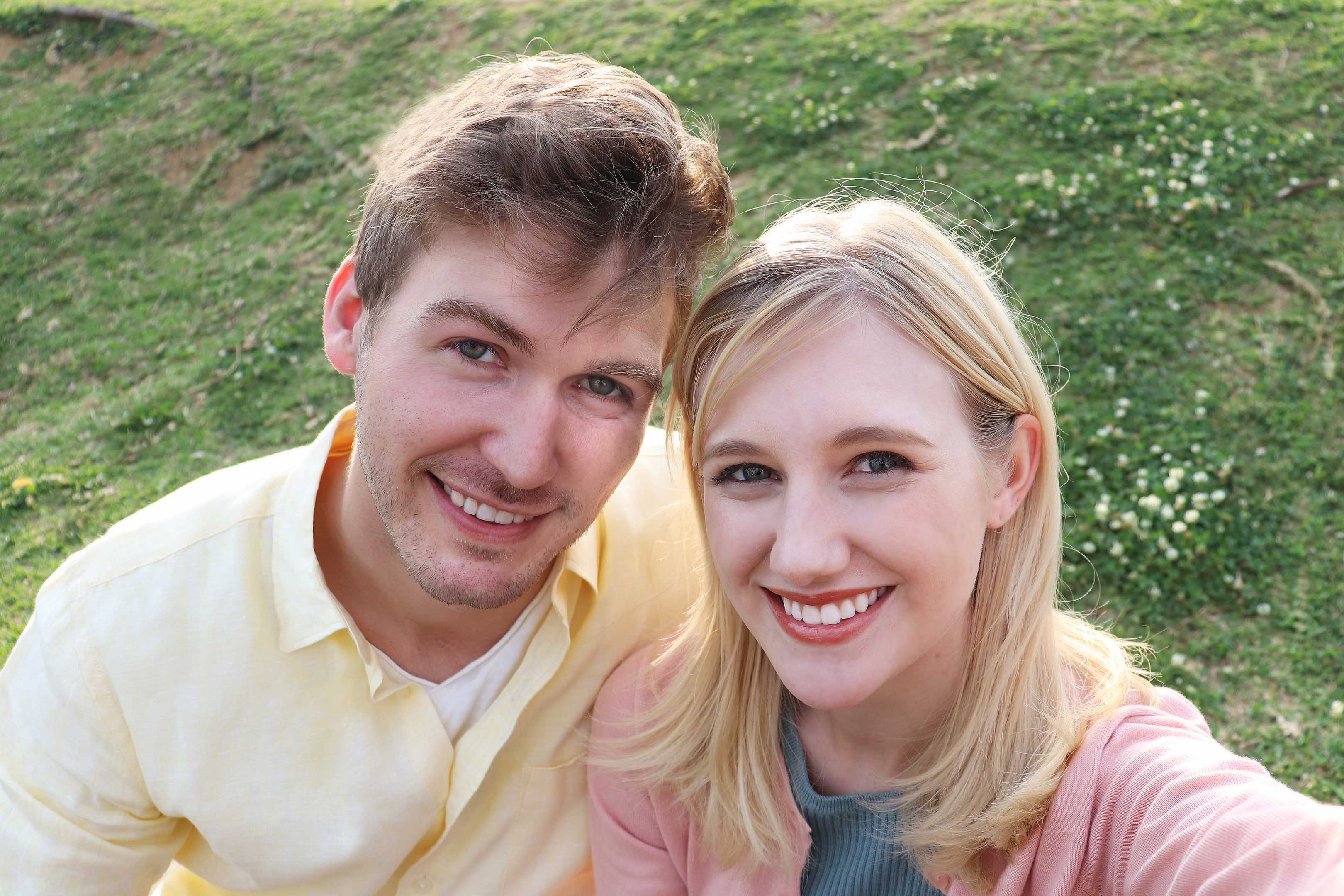 With its compact size, vari-angle LCD monitor (which can face straight forward), and built-in tools for quick selfie pictures, images like this are simple with the EOS Rebel SL2 camera. If you’re used to taking pictures like these with a smartphone, it’ll probably be an easy transition to DSLR selfies, but with the benefits of image quality a typical smartphone cannot match.

Here’s a feature which will make today’s smartphone users feel right at home.  The LCD monitor on the EOS Rebel SL2 uses Canon’s touchscreen control.  You can tap the LCD screen to tell the camera where to focus during video recording, for instance.  You can press the “Q” button and immediately access the Quick Control Menu, to make rapid changes to multiple camera settings on one screen.  The full Menu screens offer a new, illustrated Guided Interface, which again can be controlled by touch.  And, scroll through your pictures or videos during playback by just swiping the screen, as you would with a smartphone. 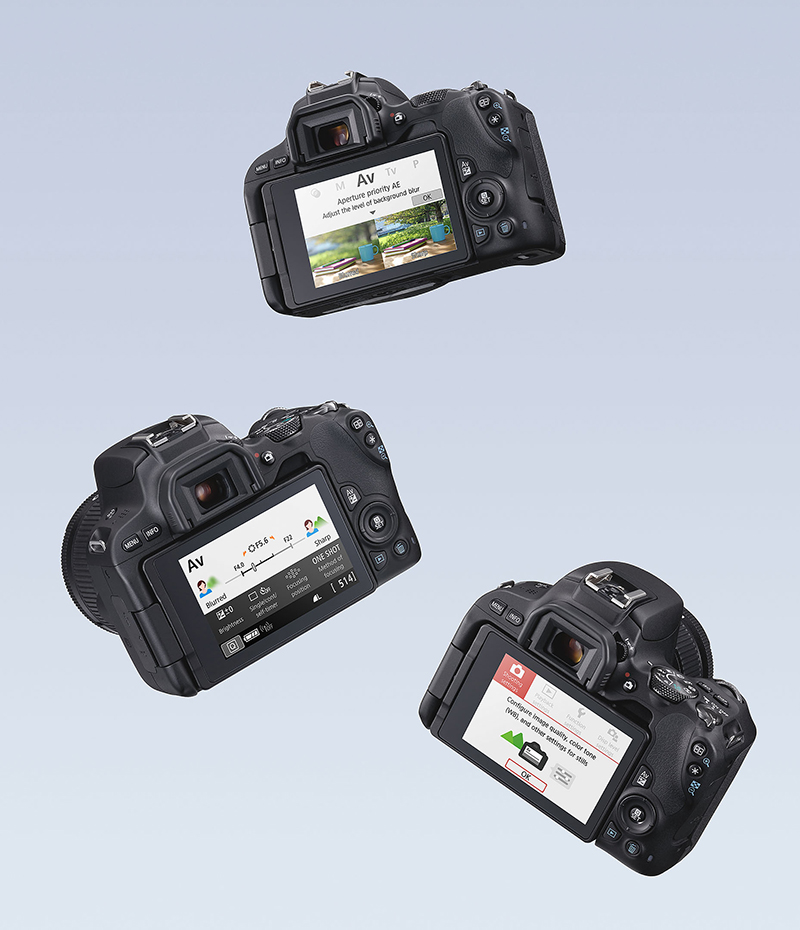 The EOS Rebel SL2 offers a choice of Canon’s Guided Interface, for easier menu control (with touchscreen accessibility). And for experienced users who would prefer a traditional menu structure, it’s a quick menu setting to revert to the menu style used on earlier EOS digital SLRs.

For still images, the Rebel SL2 can shoot at up to 5 fps, when you shoot through the eye-level viewfinder.  That’s a noticeable speed increase compared to EOS Rebel models from several years ago, and fast enough to make the SL2 practical for sports and even wildlife shooting.  That 5 fps speed is possible even with full-resolution (24.2 million pixel images), and with continuous AI Servo AF following a moving subject.

The EOS Rebel SL2 relies on the same “optical” viewfinder principle used in all Canon EOS digital SLRs to date, when you use the eye-level finder to shoot still images.  The eye-level viewfinder looks through the lens, and displays the scene to you as the lens sees it.  Since it’s not an electronic screen, there’s no concern about how much detail you see, nor is there any hesitation, or black-out when you shoot continuous pictures.  And, there’s virtually zero battery drain from the viewfinder — in fact, the Rebel SL2 is officially rated at over 800 shots on a fully-charged battery, which is virtually double the expected battery life with most “mirrorless” interchangeable lens cameras. 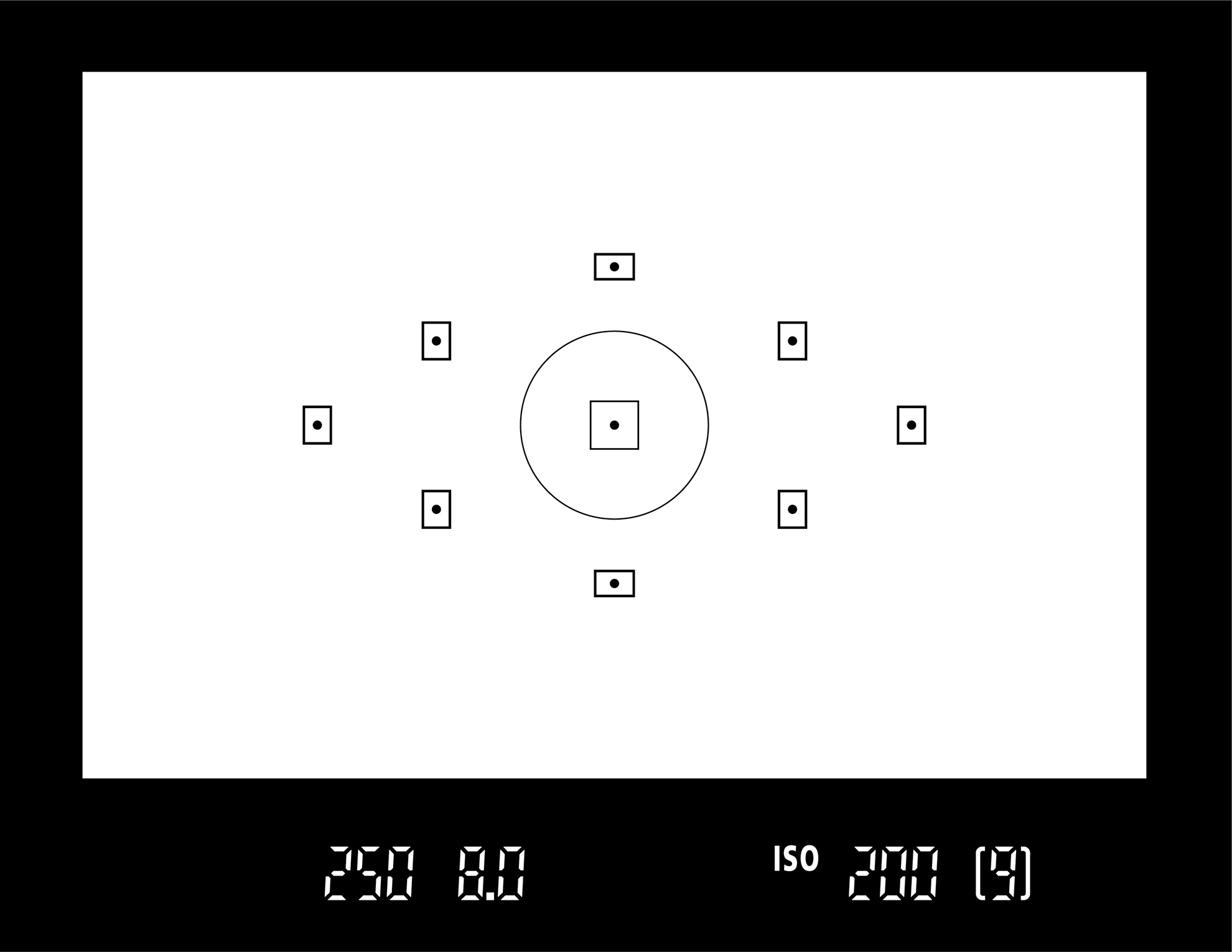 10. Don’t put the phone away — Use it with the Rebel SL2 to share pictures

The Rebel SL2 teams up neatly with compatible Android or iOS smartphones and tablets.  Shoot superior pictures with the Rebel SL2, taking advantage of its inherent excellent image quality, the flexibility of different lenses, flashes, close-up accessories, and more.  The SL2’s built-in Wi-Fi® capability lets you connect your mobile device to your camera, and you can view your camera’s pictures on the mobile device’s screen, copy any you want to the phone or tablet, and then use the mobile device to quickly share images via e-mail, or directly to social media sites.  With devices having compatible Bluetooth capability, the Rebel SL2 can keep low-power connection to the device, and re-connect quickly if one or the other has been turned off, making camera to phone integration even easier for the photographer. This works for video files you shoot with the Rebel SL2, as well!