Choosing a Camera for Eclipse Photography

Just about any camera will work to capture a solar eclipse, but some will produce a better experience depending on your expectations. You may already own a camera or are planning to buy one for not only photographing the upcoming total solar eclipse in 2017, but you’ll also want it to be your companion for years to come to document your life and travels.

This article explores features you should consider in choosing the camera you’ll be using to capture, what will be for most, a once-in-a-lifetime experience.

The foremost concern in photographing a solar eclipse is the protection of your eyes and camera’s lens and sensor. This is achieved by using solar viewing lenses over your eyes and an approved solar filter for your camera.

Never look at the sun without accredited and approved solar filtration over your eyes. There are special solar viewing frames that can be used over your eyeglasses or solar viewing glasses for those that don’t wear glasses. Permanent, irreversible eye damage and/or blindness can result in seconds.

Never improvise, modify or use general photography neutral density filters. There are reasons for this that we’ll address in an upcoming article. Buy an approved solar filter. They’re inexpensive and are designed for the task.

Personal digital cameras such as Canon’s PowerShot point-and-shoot type cameras all have great image quality and are very cost efficient, but many aren’t able to safely photograph a solar eclipse or don’t have a zoom range long enough to produce a large enough sun disk. 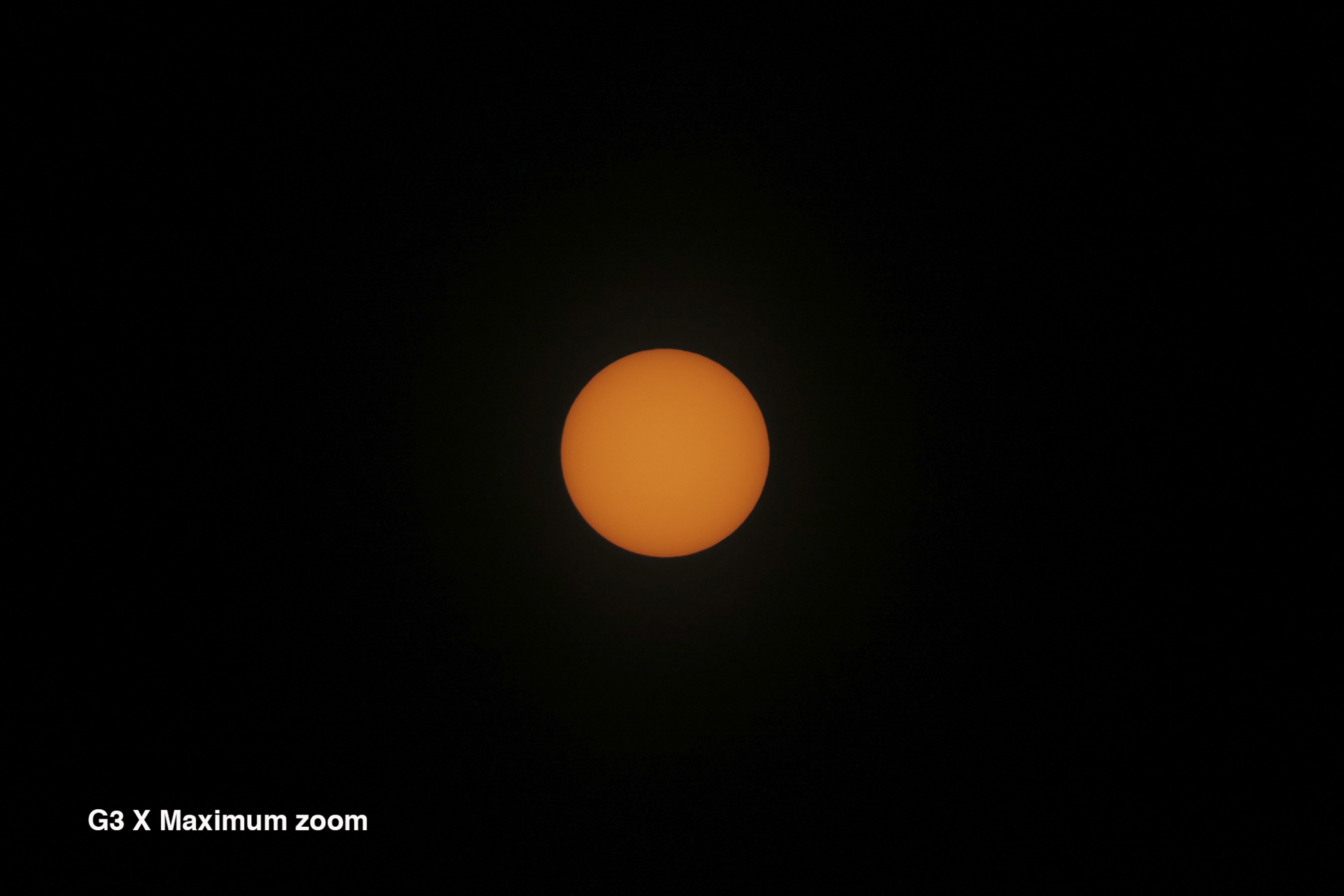 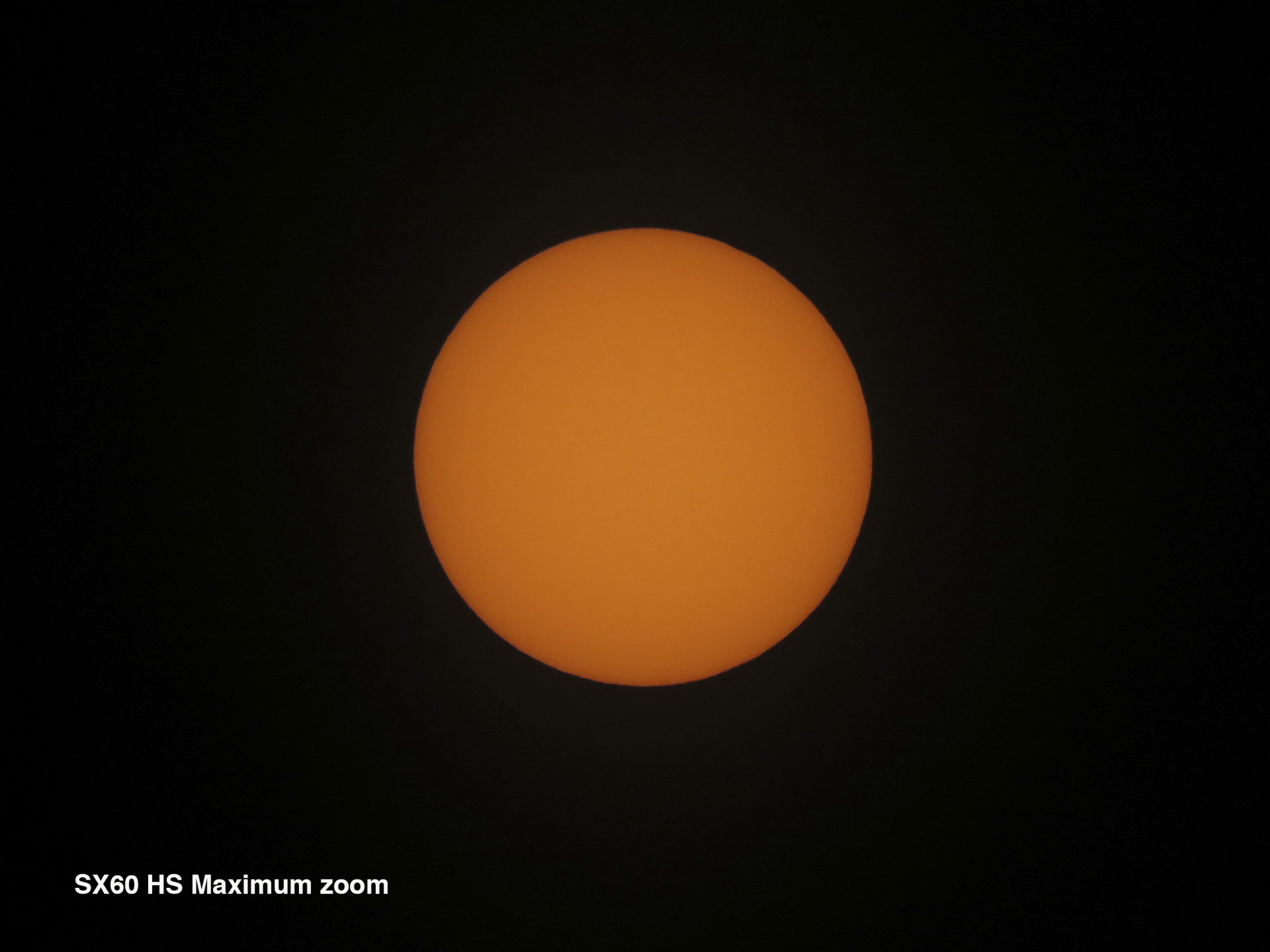 Many of the PowerShot cameras have lenses that fully retract into the body of the camera when the camera falls asleep or is powered down. This presents a problem because there is no way to mount the solar filter needed to block most of the light from the sun. Without the solar filter, the camera sensor and focusing system will be ruined. If you tape or attach in some fashion, some sort of filter to these type cameras, the filter will be ripped off, placing your camera and/or eye in danger.

The Canon G3 X and SX60 HS are top-of-the-line versions of the all-in-one point-and-shoot cameras. They have long focal length telephoto lenses capable of producing impressive sun disk sizes and still have a retractable lens. However, the end of the lens barrel on these cameras has a bayonet mount that accommodates a filter mounting ring. When powering down the camera the lens only retracts up to that point. This means you can mount a special solar filter onto the front of the lens without risking it being forced off the lens barrel. 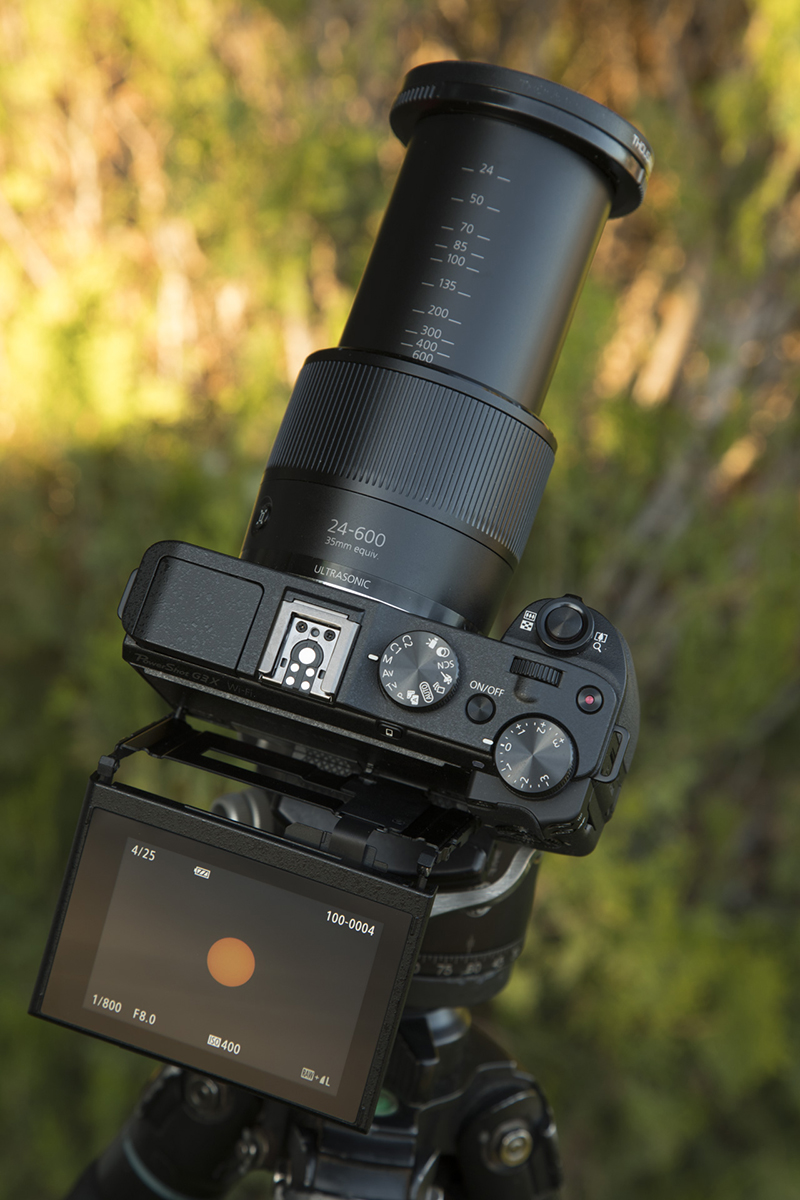 Many of these cameras also offer variable angle LCD screens that allow easy viewing of the sun’s disk with the camera pointed almost straight up. Using a Hoodman Hoodloupe® viewer makes it easier to view and focus your image in bright daylight. It is a must-have accessory for checking focus during the eclipse. 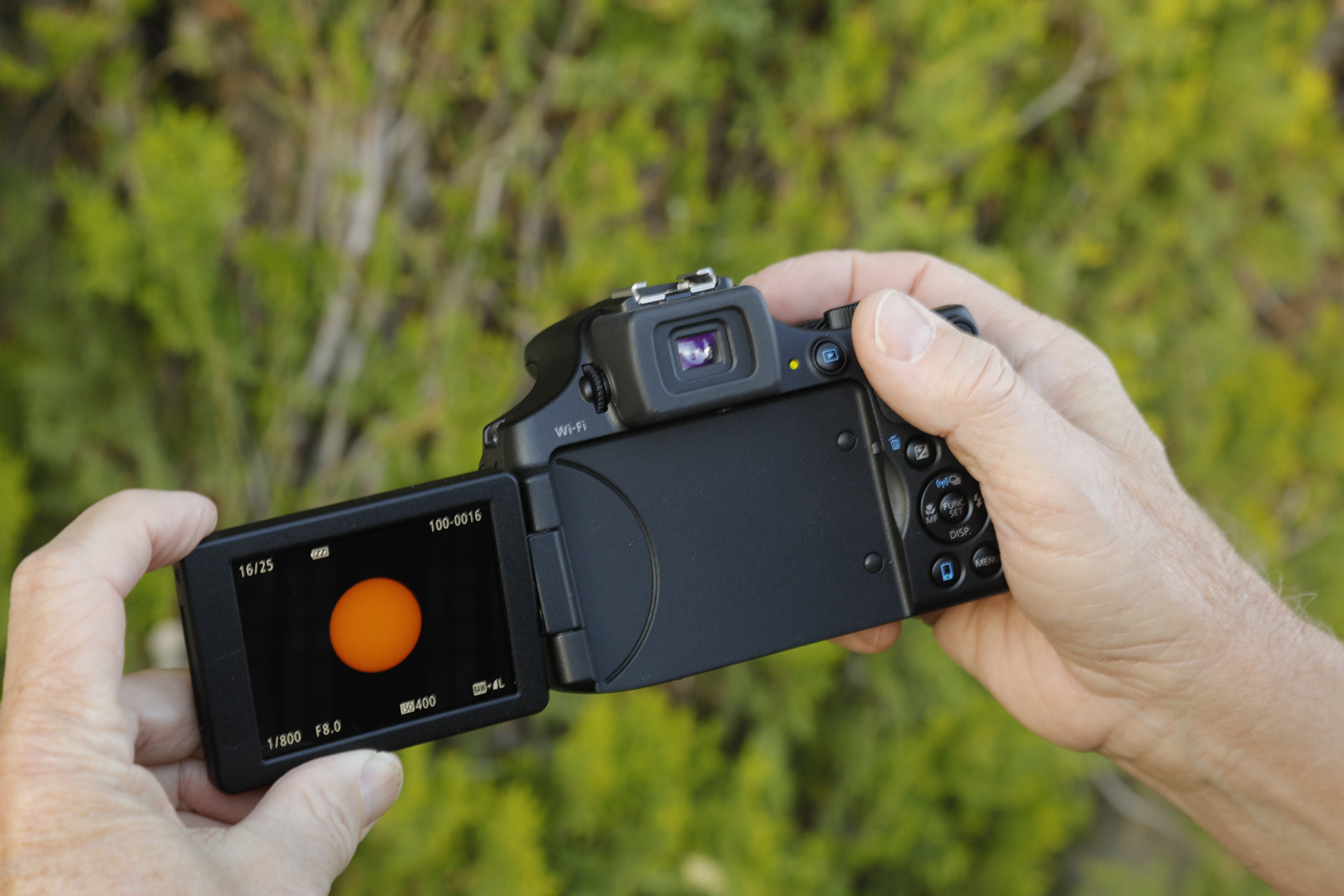 The G3 X has superb optics and will capture great eclipse images due to its 1.0-inch, 20.2 Megapixel sensor. The 25x optical zoom (24-600mm) produces a nice size sun disk. The front of the lens has a bayonet mount to accept the FA-DC67B filter adapter ring. This ring allows the mounting of a 67mm filter. 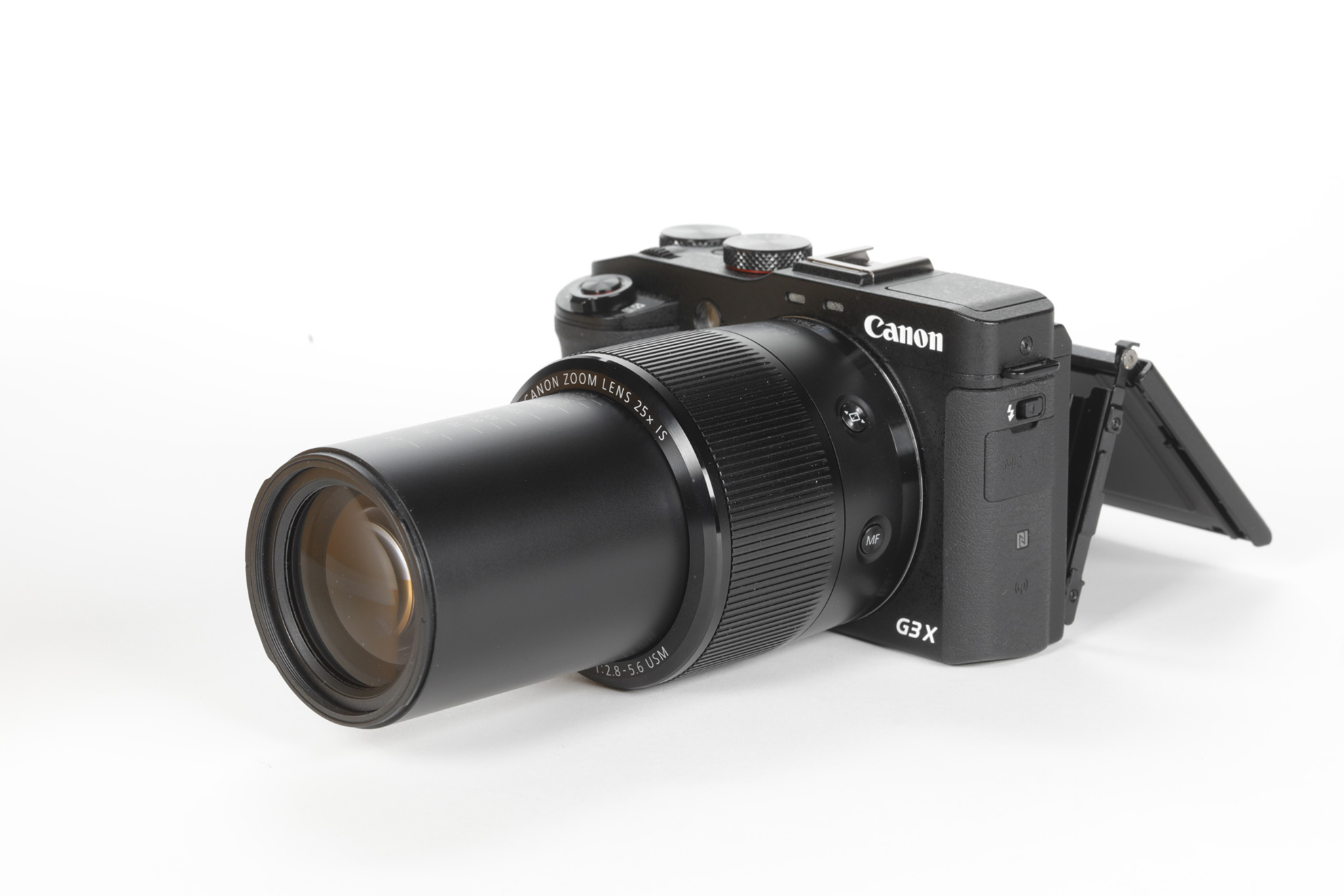 The zoom range on this camera is exceptional. It has a 16.1 Megapixel, 1/2.3-inch CMOS sensor, its lens is equivalent to a 21-1,365mm zoom range, which can fill the frame with the sun on your LCD monitor. You won’t want that size image of the sun because you need to allow enough space around the sun to accommodate the sun’s corona during totality. Details like this will be more fully explained in upcoming articles on lenses and exposure.

The front of the lens has the same bayonet mount feature of the G3 X to accept the FA-DC67B filter adapter ring. This ring allows the mounting of a 67mm filter.

The image quality of the PowerShot will generate a nice documentary image that will work well for uploading to your favorite social media site. 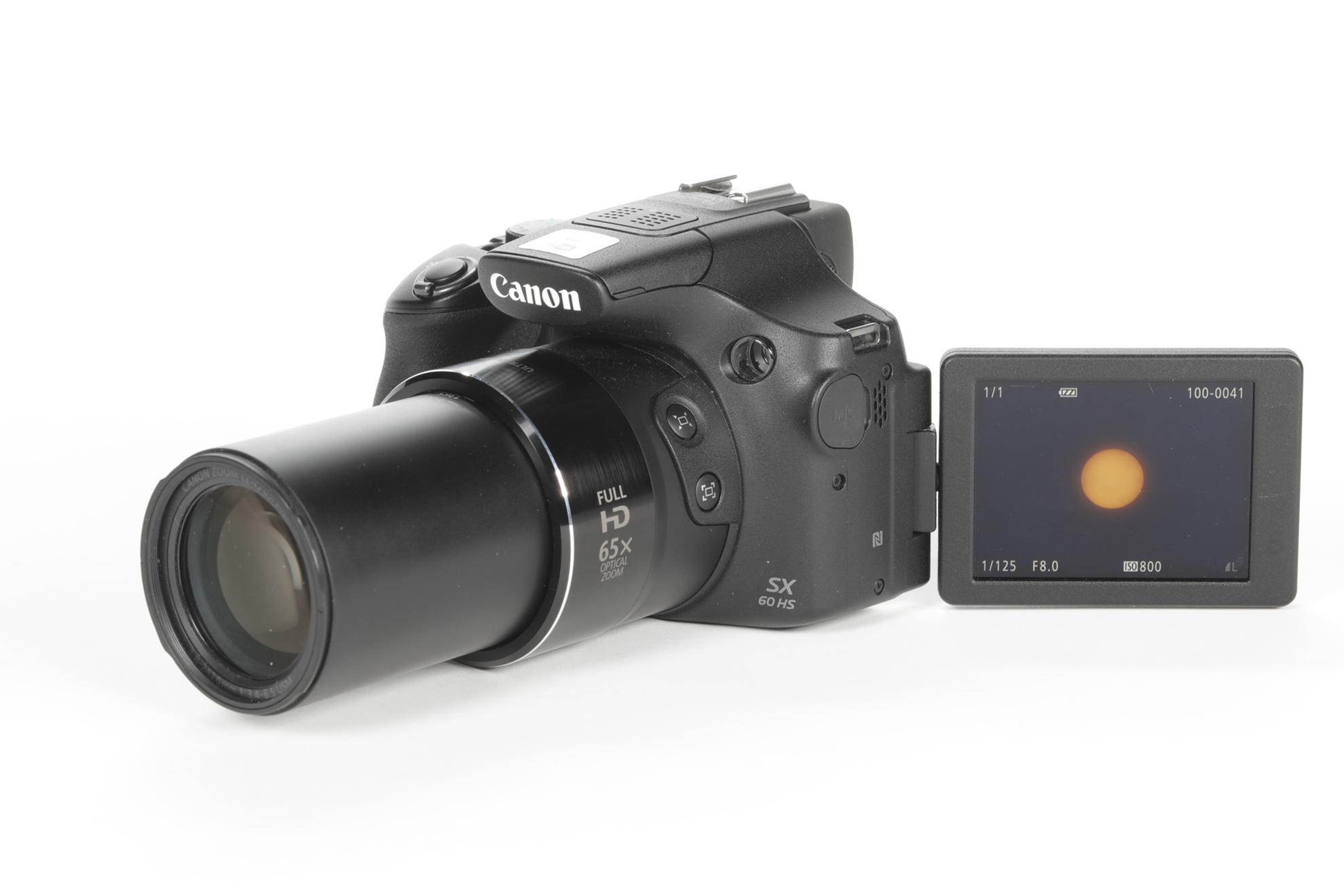 The DSLR camera will probably be the camera of choice for photographers looking for the highest image quality and most equipment flexibility.

Just like wildlife, sports and macro photography, solar and lunar photography will benefit from the smaller APS-C sized sensor due to the 1.6x crop factor. The smaller sensor produces a cropped image compared to the uncropped full-frame sensor. Your sun disk will be significantly larger with the APS-C sensor than with the full frame sensor.

Cameras such as the new EOS Rebel T7i, EOS 80D and EOS 7D Mark II all have an APS-C sensor and will be great performers for the upcoming total solar eclipse. If you already own a Rebel or any of the pro-consumer based DSLRs such as 30D through 80D, you’re all set and ready to shoot the eclipse. 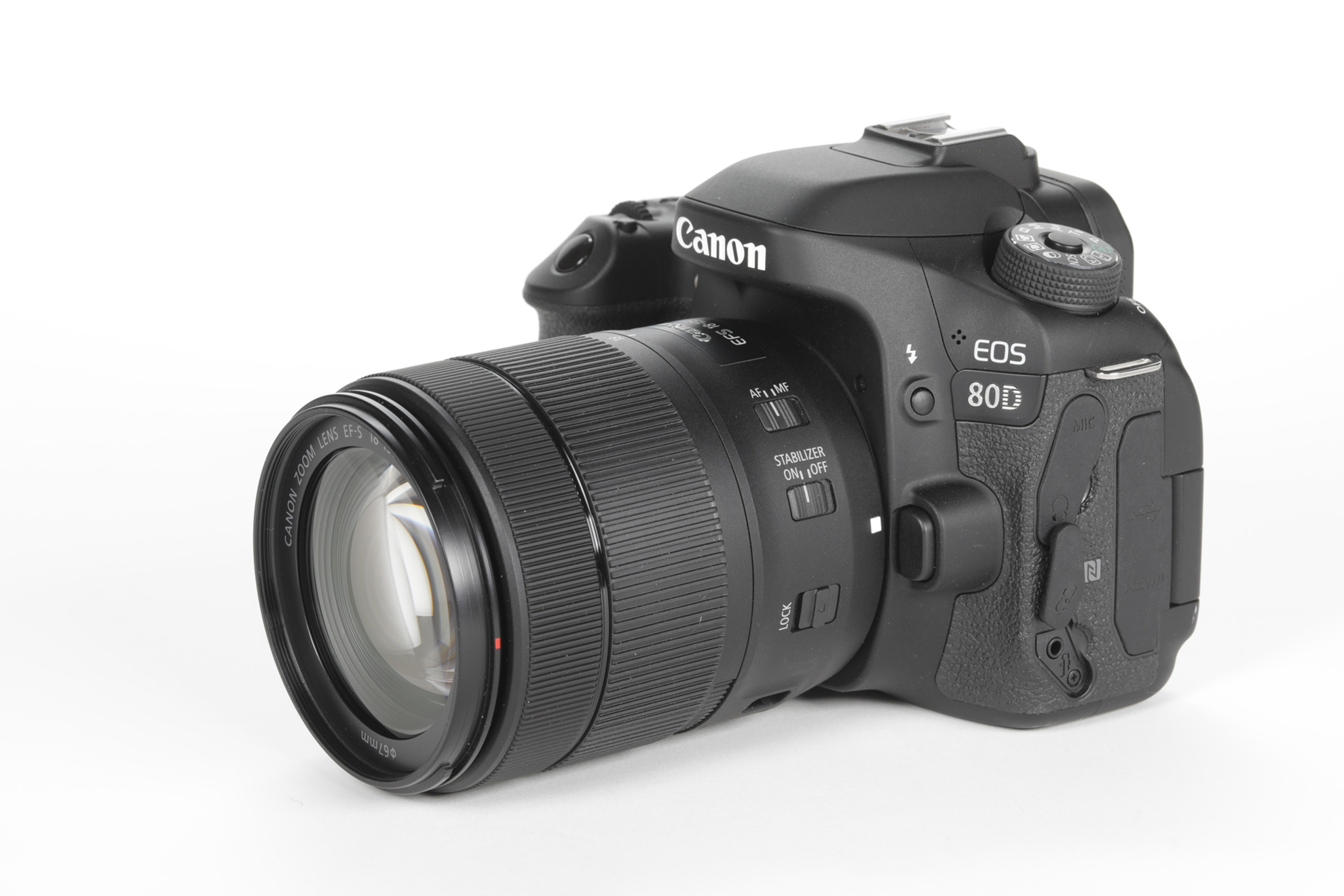 Any Rebel or pro-consumer DSLR can accept any Canon EF or EF-S telephoto lens to photograph the eclipse.

Just as with the PowerShot camera, many of the Rebel and pro-consumer cameras offer a variable angle LCD screen. This is particularly beneficial when trying to photograph the eclipse because the sun will be overhead. With the screen articulated it allows you to frame easier, continually check focus and monitor the moon’s progress as the eclipse moves through various phases.

The full-frame sensor in the Canon 6D, 5D series and the 1D X Mark II can produce high resolution images with low noise and, in the case of the 5DS and 5DS R, produce huge enlargement capability due to their 50.6 Megapixel sensors.

Many Canon-brand EOS DSLRs introduced in recent years have a new Interval Timer feature, which makes it easy to plan and capture multiple still images at user-defined intervals. In some cases, there's a separate Time Lapse Video feature, which can assemble frames into a finished video file, entirely in-camera. You can compress the entire 2 ½ - 3-hour eclipse into less than a minute. This could be useful for uploading to your favorite social media site or web page. 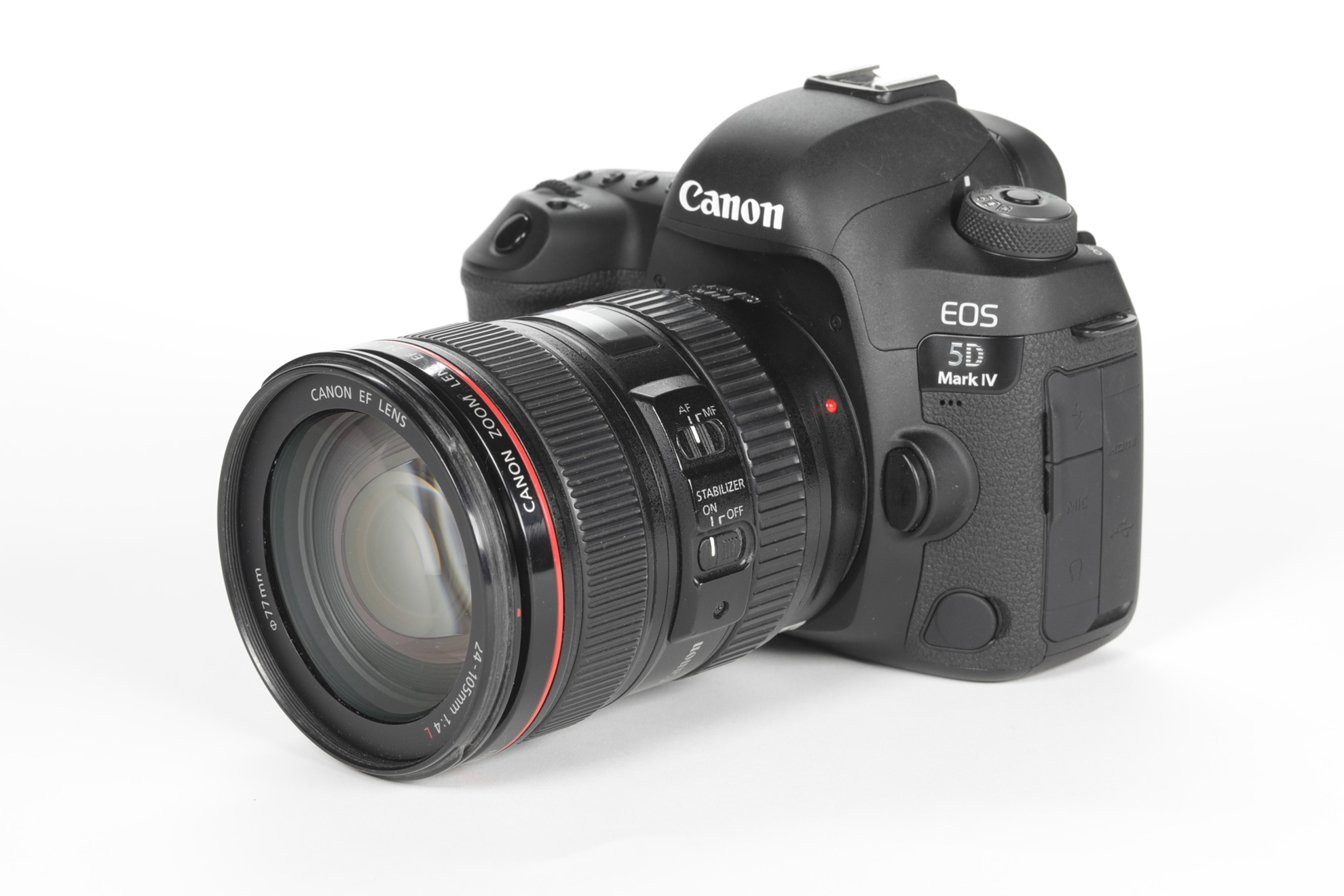 If you own a full-frame DSLR, you are ready to cover the eclipse.

As we mentioned earlier, just about any camera can shoot an eclipse photo but the size of the sun’s disk requires a camera with extended telephoto capability and a camera that won’t fully retract the lens.

For most of the country, the eclipse will happen with the sun almost directly overhead. If you have an EOS camera with a flat, fixed LCD screen and don’t want to bend over to view your LCD screen, you might consider the Canon Angle Finder C that attaches over the viewfinder eyepiece after removing the rubber eyecup. This is a 90º angle finder that allows you to comfortably view the eclipse through the eyepiece even with the camera pointed straight up. This will also prove to be a worthwhile investment if you decide to do any macro photography from low angles. 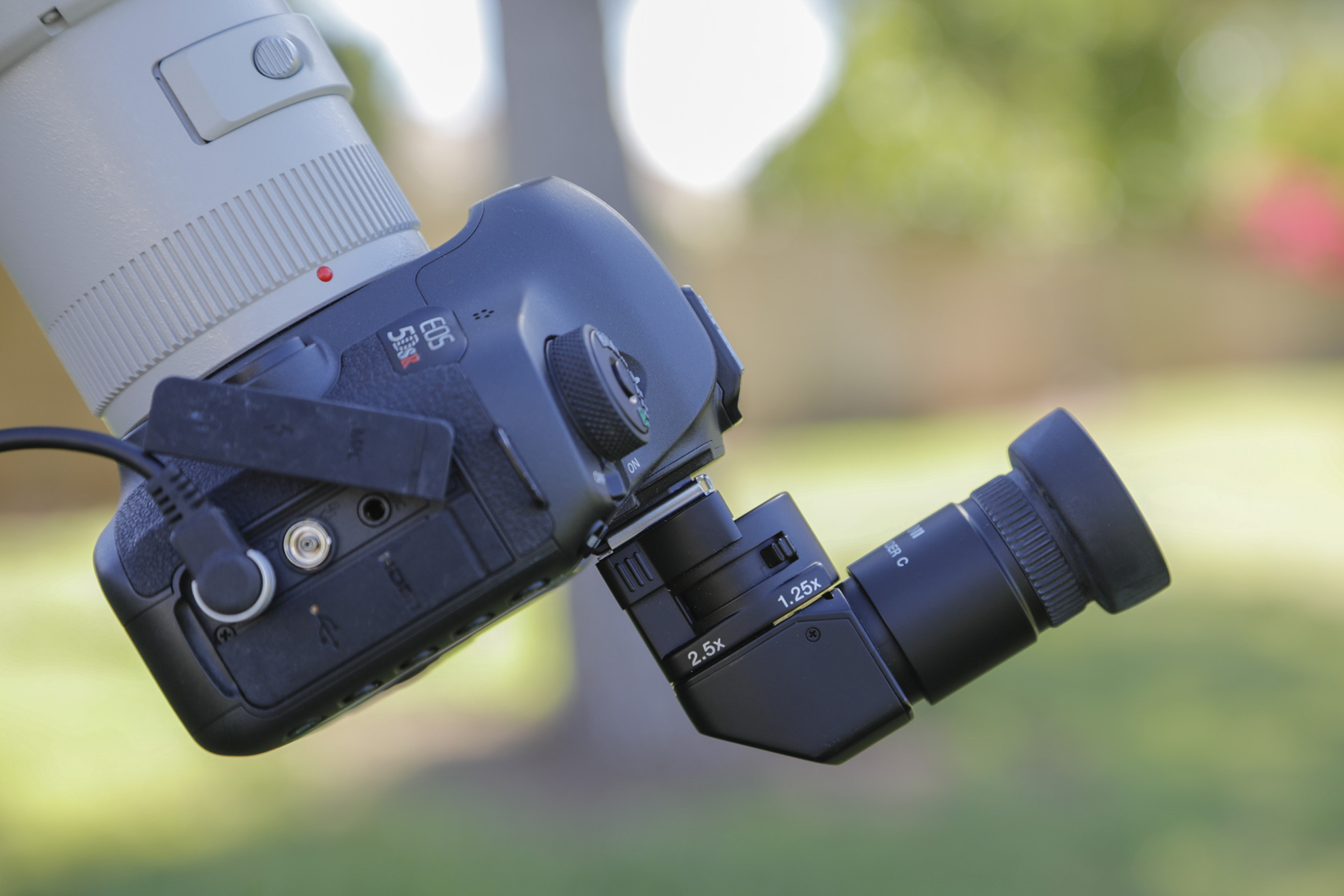 You can email questions to Dave and Ken at: info@theeclipseguys.com.