Canon’s EOS 77D adds some important enhancements to its image quality, when compared to previous-generation EOS Rebel models. While nearly all of these are technologies or features have been seen in recent higher-end EOS models, the 77D brings them into the affordable price field, targeting both first-time DSLR buyers as well as other photographers stepping up to a camera with features emphasizing control and potential photographic growth.

We’ll give an overview of some of these features in this article. 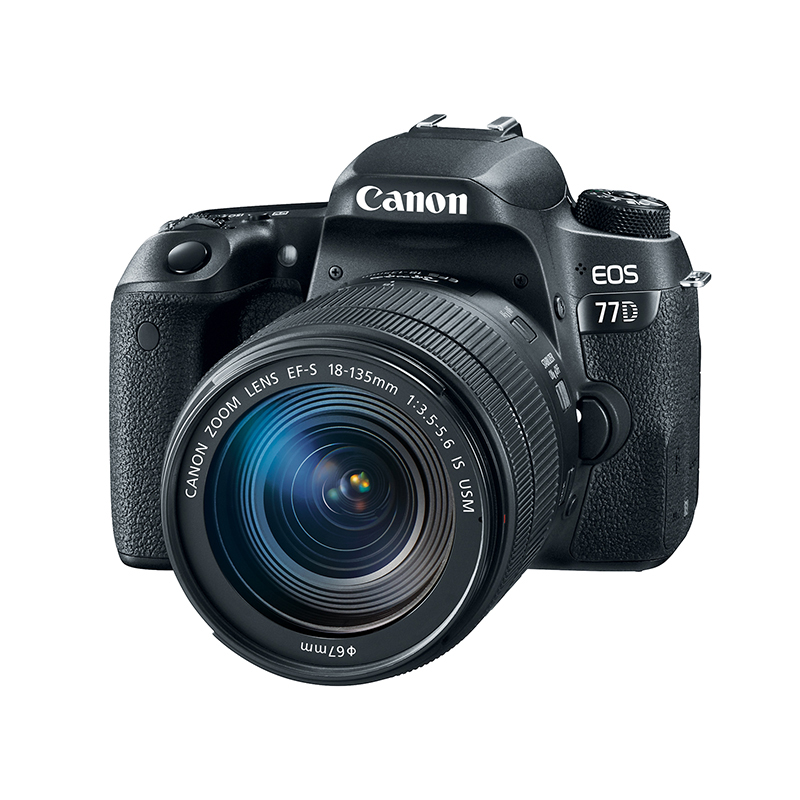 Previous EOS digital SLRs with APS-C size image sensors have offered 24.2 million pixel resolution, but the advent of the latest DIGIC 7 processor means even greater noise reduction than earlier EOS models, such as the EOS 80D or Rebel T6i. Full-resolution JPEG image files, when set to Standard noise reduction levels, show up to a full stop of improvement in visible digital noise, vs. the previous-generation EOS Rebel T6i. ISO 6400 files from the 77D are similar to T6i files shot at ISO 3200. And, the maximum standard ISO for still images has been raised to 25,600 (ISO expansion to the equivalent of ISO 51,200 is possible on the Rebel 77D).

Similar to cameras like the EOS 5D Mark IV, the EOS 77D now gives users working with Auto White Balance a choice of how it’s carried out:

This setting was introduced in the 50 million pixel EOS 5DS and 5DS R models, and now finds its way into the EOS 77D, which targets the budding photo enthusiast. Fine Detail Picture Style provides a setting to enhance in-camera sharpening. It expands sharpening control to not just a 1 thru 7 scale of sharpening strength, but adds control similar to how Adobe Photoshop™ and similar image editing software programs perform “unsharp mask” sharpening functions:

This added sharpening control is now a part of all Picture Style settings in the EOS 77D, so it’s possible to get a great in-camera starting point for sharpening in your images, even if you prefer a Picture Style other than Fine Detail. This control is particularly useful for photographers who need to shoot original, full-res JPEG images in-camera.

Armed with additional processing power of the DIGIC 7 processor, the EOS 77D can take on additional lens aberration corrections, in-camera. New to this camera category is Diffraction Correction.

Lens diffraction is an image softening phenomenon that naturally occurs when pictures are taken at small lens apertures, like f/16 or f/22. Canon’s diffraction correction is tailored to the actual optical properties of specific lenses, and applies a very specific sharpening to directly counter this loss of detail and sharpness at high f-numbers.

And, even at more moderate and wider apertures, the same diffraction correction is able to counter the softening impact of the low-pass filtration layer on the camera’s imaging sensor, and other anomalies that may impact final image quality.

Listed as a new Lens Aberration Correction item within the camera’s red shooting menu, Diffraction Correction is active by default, but can be turned off by the photographer at any time. While the impact of this feature is usually subtle, it’s an improvement any quality-conscious still imaging photographer should examine and be familiar with.

Canon EOS models with APS-C size image sensors have delivered excellent images for quite some time. But with the advent of Canon’s latest 24.2 million pixel CMOS sensors, compatible with Dual Pixel CMOS AF and incorporating new enhancements in overall image quality, the EOS 77D brings to the market the potential of great performance and great image quality, in a compact and affordable package. For both the budding enthusiast as well as the cost-conscious, experienced DSLR user, this is excellent news, and makes the EOS 77D a camera worthy of serious consideration by many potential photographers.