For years, I’ve been searching for the perfect camera. Now, as a disclaimer, I don’t actually believe such a thing exists. Rather, there is a perfect balance of technology and physical size for my own intended purpose of everyday carry.

I categorize myself more as a cinematographer than a photographer, but I’ve always wanted a camera I could utilize as a director’s viewfinder for location scouting, as well as something that had the capability of capturing stunning candid photos for use in a look book or simply to share on social media. At the end of the day, I firmly believe that the best camera is the camera you have with you. Some may say, just use my trusty smartphone. However, I’ve rarely connected emotionally with an image produced by a small sensor the same way I do with images captured by more traditional cinema or larger format photography sensors. Aesthetically, achieving the shallow depth of field on a small sensor camera is much more difficult with current technology. I’ve used all of the fancy depth mapping and dual lens tricks that very smart people have built to try to simulate the depth of field achieved by a proper camera. However, whether it’s strange edge artifacts or just a much less pleasing focus roll off, those images just never felt right to me.

This same small-sensor aversion is also what kept me away from Canon’s original G Series and other PowerShots. However, with the introduction of the larger 1” sensors in cameras like the G Series, XC10, and XF400 I saw the beginning of a move in the direction I had always been hoping for.

When the specification sheet for the G1 X Mark III came across my desk, I knew this was the camera I’d want to work with. It combines my favorite imaging size, a near-Super 35mm image with an integrated low profile lens that allows the whole thing to fit in my pocket. The closest thing I’ve had to the G1 X Mark III for the last few years has been my EOS M3 and 22mm f/2 lens. This had been my everyday camera, giving me the creamy depth of field I craved, however within the confines of a fixed lens range-finder style of shooting. So when I heard about the fixed varifocal APS-C camera coming down the pipe, my ears did perk up.

The first thing I want my everyday camera to do is function as a director’s viewfinder. I’ve utilized some amazing apps on my phone such as Artemis (a director’s viewfinder that allows me to simulate a whole range of sensors and lenses), but I found that my storyboards, while efficient and easy to create, were lackluster and didn’t get me as excited about the project as the images in my head did. I often build storyboards while doing location scouting, and I feared that those who could not see the images in my head and instead only saw flat and hyper sharp grabs from my phone would not feel as connected to the imagery as I did. The image below shows a storyboard that I can quickly fill out on my computer. I can simply drag and drop images into this template, and it mattes them to 16x9 – simple as that. 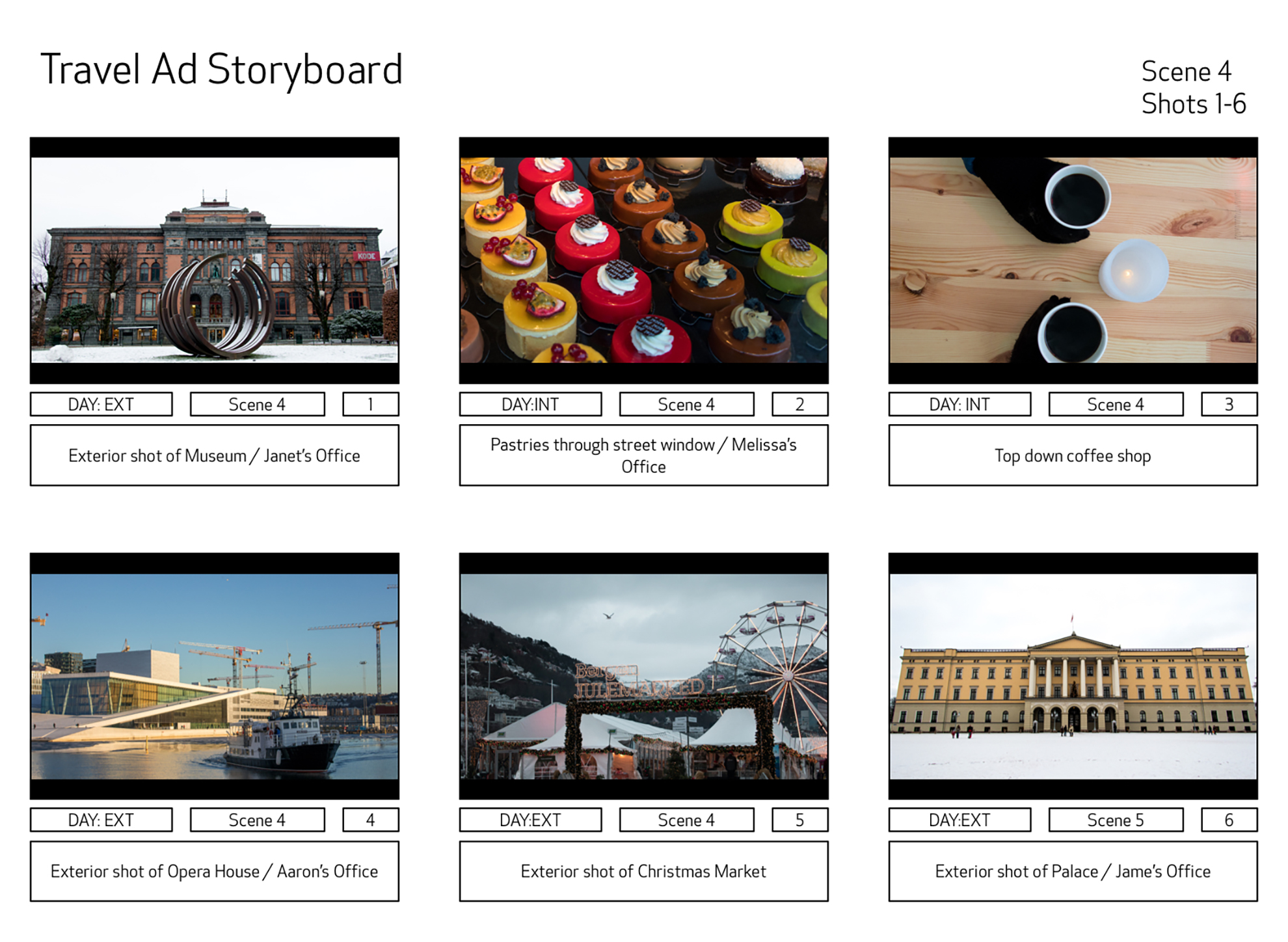 This is where the G1 X Mark III excelled. The camera has a near perfect focal length range for location scouting and storyboarding. With a 17-50mm Super 35mm field-of-view equivalent I am able to capture everything from wide establishing shots to medium inserts with beautiful and accurate depth of field. While I wish there was a bit more on the telephoto side, here is why this range impresses me: with the camera powered off, the retracted lens sticks out just under 20mm from the front of camera body. That is small, but it’s even more impressive when you consider that the closest Canon lens to this range would be an EF-S 17-55mm f/2.8. Both of these lenses cover an APS-C sized sensor, both have Image Stabilization, and both hit f/2.8. However, one folds down to 20mm, and the other to 110mm. That’s over 5 times smaller of a lens to cover the same sized image circle. Wow! To be fair, there is some space savings in the design; the G1 X Mark III ramps down from an f/2.8 at 17mm to an f/5.6 at 50mm, while that EF-S 17-55mm stays f/2.8 throughout the entire range.

Here’s the best part about the camera: once I’ve captured all of my images from the scout, I can utilize the Wi-Fi® connectivity and download all of the photos into an album within my phone’s Photos app. Now these photos exist on my phone and all of my cloud services. I can integrate them either directly into any of the useful pre-production apps on my phone to have a storyboard without ever needing to touch a computer; or use a customized format on my computer. That is mobile production at its finest — making no sacrifices and having an incredibly quick turnaround so the entire team can get on the same page as soon as possible.

Admittedly, this may be a niche market for this camera. But this is a tool that cinematographers could really take advantage of.

Stepping back and taking a wider view of usage possibilities, how does it perform simply as a walk-around camera? Incredibly well! The first thing you’ll notice when operating it is the fast and responsive autofocus system. The G1 X Mark III utilizes the same Dual Pixel Autofocus technology with Face Detection found in the Cinema EOS product line, allowing for quick, accurate, and organic focus pulls. This sensor based AF system is quite speedy when using it for still photography capture, but also has an organic and smooth feel to it when capturing video, almost as if someone is pulling focus by hand.

While on the topic of video, there was also a very nice surprise here and that is an integrated ND Filter. A glass ND8, or a .9 equivalent in the cinema world, behind the lens cuts out three stops of light. This allows me to capture quick video snippets at wider apertures and shallower depth of fields without having to introduce high shutter motion cadence (traditional photographers, don’t worry – the ND’s are also available when shooting stills, for example if you’re looking to do some long exposure work outside). The camera can also capture Full HD up to 60P, encoding video at 4:2:0 8 bit. So while it probably isn’t a viable A-camera for your next production, the large sensor, Face Detection autofocus, small size, and integrated ND could make it a viable remote camera somewhere on set.

Operating this camera is an absolute pleasure. It is small in the hand, but all of the physical buttons and dials are on the body itself, making aperture, shutter speed, and ISO adjustments a breeze. I find myself shooting in Manual, controlling the shutter speed and aperture on separate, easily accessible dials, and setting my ISO to automatic. This camera is fairly clean even at the higher ISOs, and I utilize the physical exposure compensation dial on top of the camera to control how the Auto ISO behaves.

The crisp resolution and vivid colors this camera produces puts its images on par with those coming out of much more expensive (and larger) cameras, with the few obvious caveats of a fixed lens system. My favorite photo (shown below) on my recent trip to Norway was taken with the G1 X Mark III after an intensive climb to the top of a mountain overlooking the homes of Bergen. Had I only brought my 1DX Mark II on the trip, I would have surely left it behind and been camera-less for this leg. 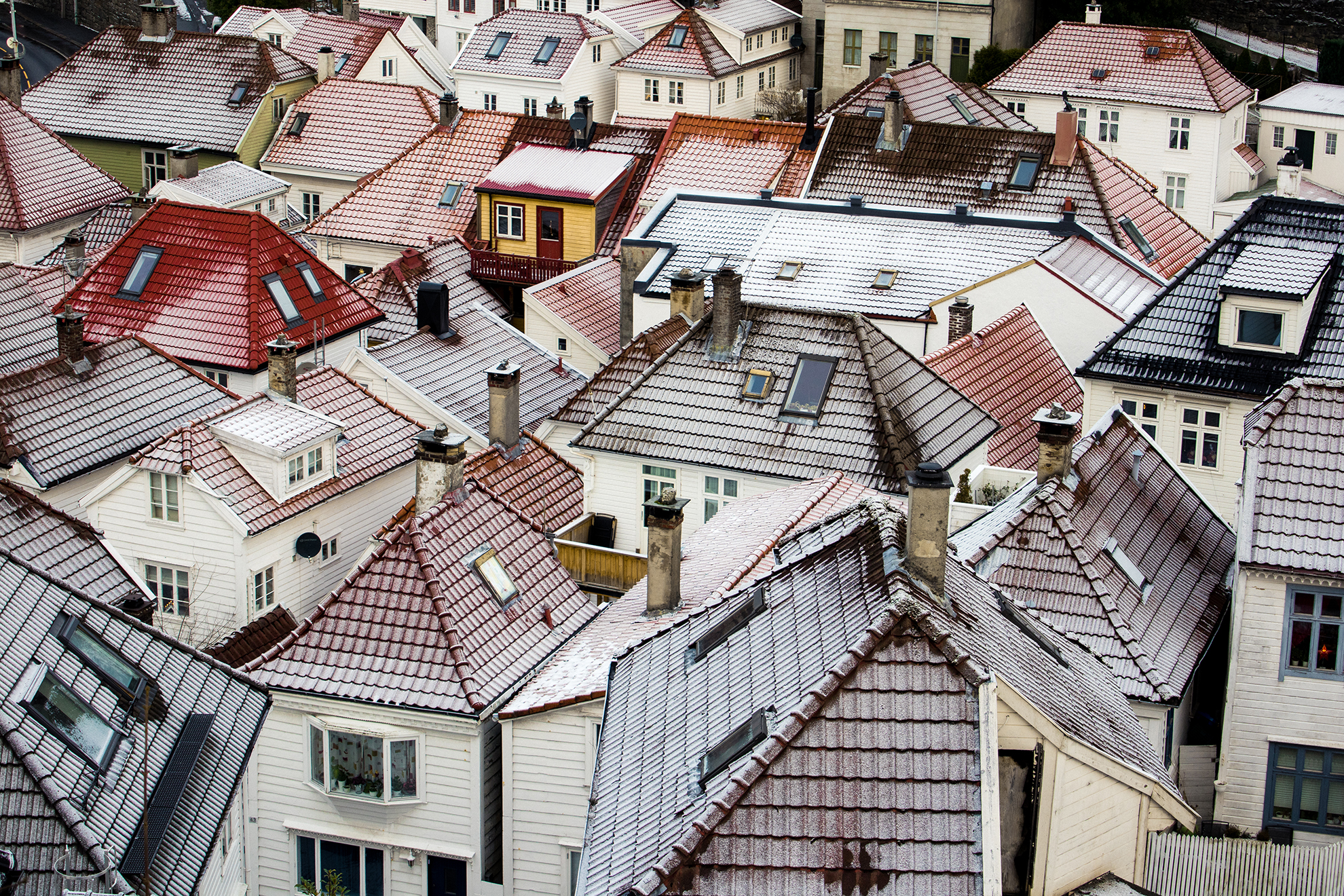 Overall, the G1 X Mark III is everything I’ve wanted in an everyday camera. I still won’t call it perfect (nor do I think I’ll ever call a camera perfect) -- but it’s close! At the end of the day, it’s an excellent complementary camera for a professional photographer or cinematographer who doesn’t want to lug around a full sized DSLR but still wants beautiful large sensor imagery.