Ever since the EOS 5D Mark II was introduced — when Full HD shooting was first made possible on an SLR camera — the EOS 5D series cameras and EOS Movie have become essential assets in the production industry — everything from YouTube uploads to Hollywood blockbusters. Now, with this new model, the much anticipated EOS 5D Mark IV, video shooting inherits not only the rich 5D tradition, but also continues to build on its video legacy. The 5D Mark IV also incorporates some of the best video acquisition features from several of the latest EOS camera models — integrating those into its design and operations like no other model to date.

The 5D Mark IV employs many ‘firsts’ for the 5D camera series that significantly improve its video production capabilities: it is capable of shooting high quality 4K video, Full HD up to 60fps, and includes a high speed movie mode of 120fps. It’s the first 5D with 4K frame capture, and built-in Wi-Fi® for easy file sharing; the first with an interactive LCD touch panel; and the first to employ Dual Pixel CMOS Autofocus. Many ‘firsts,’ for sure, but it’s also packed with many more extras to meet demanding video production requirements.

Read on to learn more about how the EOS 5D Mark IV captures video, and take a closer look at its significant video capture functions, improved operability, and important feature upgrades over its popular predecessor.

The EOS 5D Mark IV’s sensor has 30.4 million effective pixels on its full-frame (approx. 36mmx24mm) sensor. This newly-developed sensor – manufactured in-house by Canon — not only contains more pixels, but has also been improved from the 5D Mark III with new photodiode construction and new color filters. Overall, it achieves a good balance between a high pixel count, high resolution and high-speed signal reading.

The 4K files are recorded as Motion JPEG, the same 4K compression method found in the EOS-1D X Mark II and EOS-1D C. This CODEC produces a separate JPEG image for each frame of video. It’s a very high quality file recorded at approximately 500 Megabits per second.

The 4K movie area is 4096x2160, and this is recorded off the center of the full image sensor. So, as with the EOS-1D X Mark II and EOS-1D C, when you record 4K video, you’re in effect cropping the full-frame view.  However, it should be pointed out that the 1D X Mark II and 1D C both have a different pixel size than the 5D Mark IV, which results in a different 4K field-of-view, even if they’re shot at the same focal length.

Because of the pixel density on the 5D Mark IV’s 30.4MP sensor, which results in a smaller pixel, its 4K  ‘crop factor’ is equivalent to that of a lens with approximately 1.74X the indicated focal length. Shooting 4K would be similar to what you’d see while shooting on an APS-C sensor size camera like an EOS 7D Mark II. As an example, a 50mm lens in Full HD video mode  will roughly be equivalent to a 85mm lens when shooting 4K.

And now you can shoot in either MP4 – which is another first for the 5D series — or .MOV format. ALL-I, IPB, and IPB Light compression methods are available, and for everyone asking for a good slow motion frame rate, it includes an HD High Frame Rate movie shooting mode of 120P (NTSC) or 100fps (PAL) @ 720p

Here is the complete list of movie-recording options available.

In the span of Brent’s career, he served as a producer, Director of Photography and art director while accumulating over thirty years of experience in film, video and high-definition media. He started as a Director of Operations in New York City for Time Inc. and played a key role in building one of the first closed circuit pay-per-view networks in the country. After moving to Telemation Productions, he opened one of the first regional production and post-production facilities in the country, then founded his own successful production company, Brent Ramsey Productions, which he ran for fourteen years in Denver, Colorado.

He has shot thousands of commercials and programming of all types of mediums and formats, with a specialty in automotive advertising and filming automotive running sequences. Brent has traveled the world shooting film in Asia, Europe, Africa, Canada, New Zealand, Caribbean and across the U.S..His many awards over his career include two Clios and two IBA's (International Broadcast Award). He is a member of IATSE Local 600, the International Cinematographer's Guild as a Director of Photography.

Brent now works at Canon, USA in Melville, New York as a Technical Advisor where he assists in developing product awareness through education and training for professionals using Canon motion picture equipment. 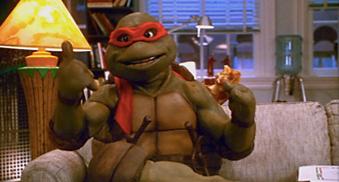